Jon Stewart: "Hillary Clinton Deleted 30,000 Emails!" ... Huckabee & Mitt Romney Did Too! Is This Not Suspicious?


This post deals with ONE aspect of the overblown email scandal that isn't so overblown, i.e. that she deleted emails (which really pissed off Jon Stewart - video below) and I show you who else amougnst the Politicians deleted thier emails upon leaving office. The revelation may surprise you.

A Point On Hillary Clinton Character - She deleted her emails after leaving public office as did Huckabee and Mitt Romney (not to mention the parallels with Jeb Bush). She had been asked to turn over her emails by an official source so deleting 30,000 of them seems very suspicious... it's like Huckabee or Mitt Romney wiping thier whole servers! (below);


On Her Majesty's Secret Server - Hillary Clinton claims that her decision to use her personal email account while Secretary of State was simply for convenience. (4:54) 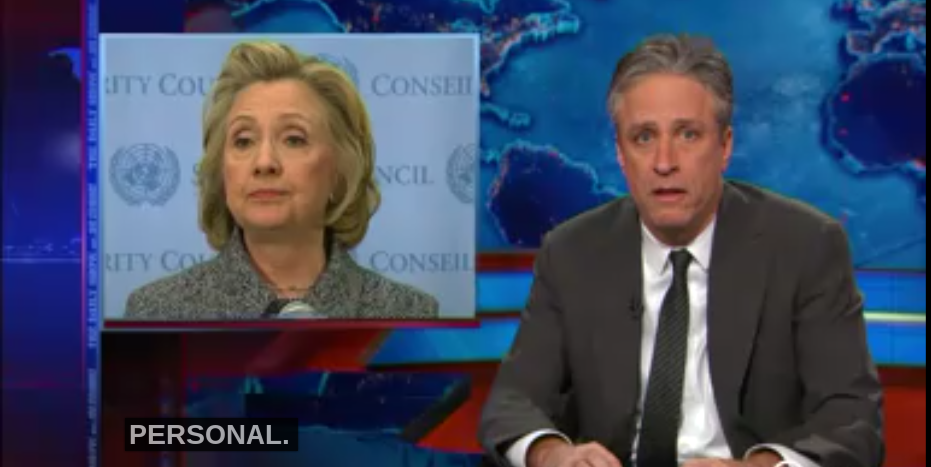 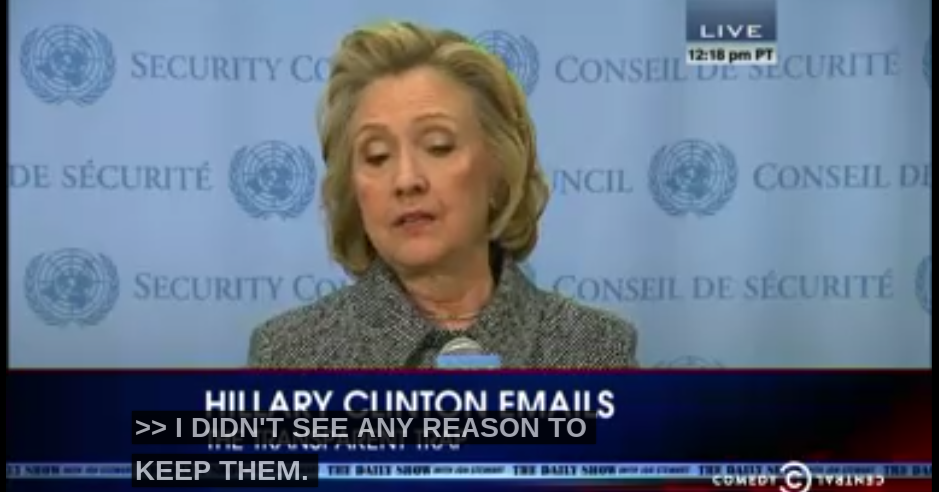 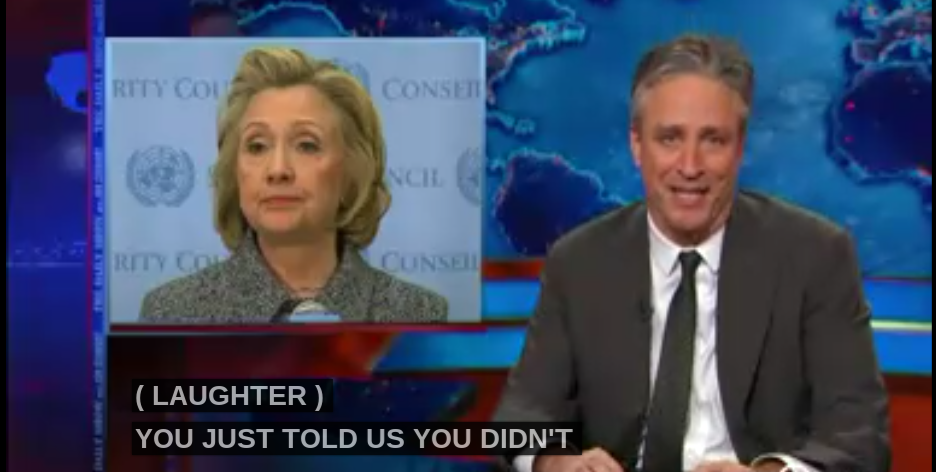 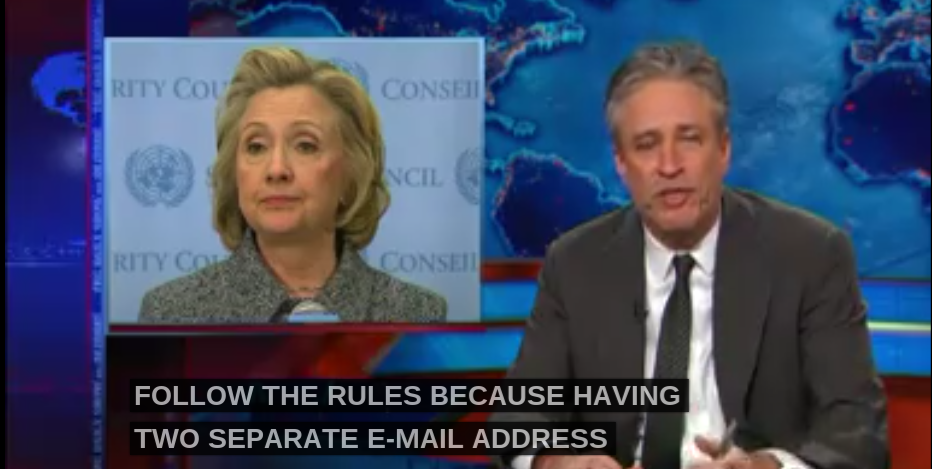 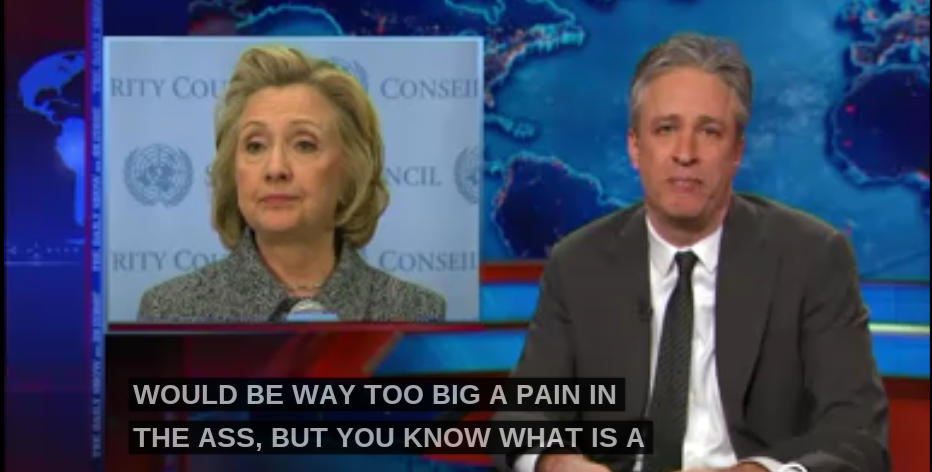 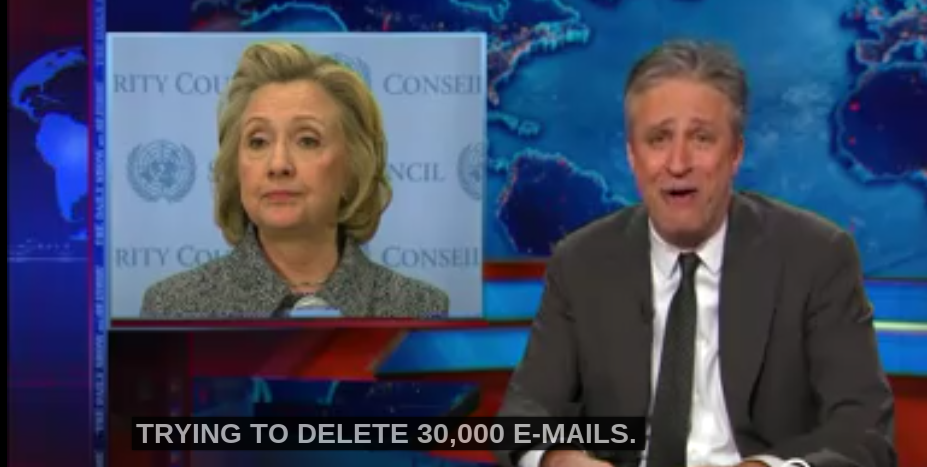 OK. After being asked to turn over her emails why did she delete 30,000 of them?

The following are the people who do the same things Hillary does...


Other people who deleted their emails in some way after leaving office;

There's a Mike Huckabee mystery that won't go away. Send a public records request seeking documents from his 12-year stint as Arkansas governor, as Mother Jones did recently, and an eyebrow-raising reply will come back: The records are unavailable, and the computer hard drives that once contained them were erased and physically destroyed by the Huckabee administration as the governor prepared to leave office and launch a presidential bid. In 2007, during Huckabee's campaign for the GOP presidential nomination, the issue of the eradicated hard drives surfaced briefly, but it was never fully examined, and key questions remain. Why had Huckabee gone to such great lengths to wipe out his own records? What ever happened to a backup collection that was provided to a Huckabee aide?

Just before Mitt Romney left the Massachusetts governor’s office and first ran for president, 11 of his top aides purchased their state-issued computer hard drives, and the Romney administration’s e-mails were all wiped from a server, according to interviews and records obtained by the Globe. Romney administration officials had the remaining computers in the governor’s office replaced just before Governor Deval Patrick’s staff showed up to take power in January 2007, according to Mark Reilly, Patrick’s chief legal counsel.

As a result, Patrick’s office, which has been bombarded with inquiries for records from the Romney era, has no electronic record of any Romney administration e-mails, Reilly said. “The governor’s office has found no e-mails from 2002-2006 in our possession,’’ Reilly said in a statement. “Before the current administration took office, the computers used during that time period were replaced and the server used during that time period was taken out of service, all files were removed from it, and it was also replaced.’’


Note: Mother Jones slams Mitt Romney for his hypocrisy on Hillary Clinton's emails though not pressing the fact that Hillary deleted emails right after turning over emails upon request, i.e. before there was time for the emails to be looked over;

What do the Clinton and Bush emails have in common? Both Clinton and Bush used private servers and personal domains, and gave their closest staffers email addresses on their own domains. They both conducted private and public business with their personal emails — Clinton said she didn't turn over her yoga schedules and event planning, and Bush kept emails relating to his political activity private. Both, it turns out, handled national security issues with their private emails. We haven't seen Clinton's emails yet, but it's safe to assume she addressed such issues and developments via email during her time at State. The Washington Post reported this week that Bush discussed troop deployments to the Middle East and the protection of nuclear plants. Clinton's and Bush's servers appear to be housed on their own private property at this point. Bush first housed his at the governor's office in Florida, but according to the Post, he "took it with him" when he stepped down. Clinton's has always been housed at her home in Chappaqua, New York. The encryption practices used to secure both servers remain murky; aides for both candidates have said there were security measures in place, but they've declined to elaborate on details. And the two each had full control over what emails they released to the public. A Bush aide said a number of his staffers and his general counsel's office decided which emails to release; Clinton had a team of attorneys review her trove of emails for relevant correspondence to turn over to the State Department for approval. Both turned over about the same portion, half, of the total number of emails sent through their private domains to be released to the public. Bush turned over about 280,000 emails to be made public, while Clinton delivered about 30,000. And both took their time in doing it. A New York Times report out this weekend revealed that it took Bush seven years after leaving office to fully comply with Florida laws requiring he release his emails for public consumption. Clinton didn't hand over any emails to the State Department until they asked for them, nearly two years after she stepped down.

What are the big differences? Bush aides have argued that he's been more transparent than Clinton, overall, because he published his emails on an easily accessible website without prompting (but only after releasing them to the Florida public, as required by the state's transparency laws). Clinton said she deleted all of her personal emails; it's unclear whether Bush has held onto his. The two were subject to different laws and regulations. Florida's sunshine law required Bush to release any emails concerning his official business upon leaving office. The National Archives issued regulations in October of 2009 that required, when employees used personal emails for official business, they "must ensure that federal records sent or received on such systems are preserved in the appropriate agency record-keeping system." And the scope of business conducted by the two through their personal emails were vastly different. While Bush did use his to address a few national security issues during his tenure, Clinton likely handled much higher-level national security issues and developments, making her emails a much bigger target for hackers and other troublemakers looking to do the U.S. harm.

i.e. almost ALL the Republicans have this sort of email problem PLUS Hillary Clinton on the Democrat side... is that not suspicious? I think it is and clearly Jon Stewart (above) thinks it is to.

Mass Incarceration: Geez. How Long Does It Take Hillary Clinton To Do The Right Thing?

Email ThisBlogThis!Share to TwitterShare to FacebookShare to Pinterest
Labels: Deleted 30000 emails like she was a Republican, Hillary Clinton