As Jon Stewart says in the interview.... there was a system wide failure, especially in the media (as executive branch functions from the top down), in dealing with the information about Iraq (which continues to this day, btw). Media says stuff. Politicians copy the word trends of the day used by the media, and the cycle continues. That's how the media helped with Cheney's agenda of misleading us into the Iraq War, i.e. by deliberately keeping information out of public consciousnesses that could have reflected badly on the Bush Administration, which they, more or less, continue to do to this day. The fact that the owners of the Media seem intimately connected to the GOP probably helps (and makes the GOP & it's media accomplices in Cheney's crimes, btw).

Judith Miller Pt. 1-Journalist and author Judith Miller delves into her reporting on Iraq's supposed nuclear program during the lead-up to the Iraq War in her memoir, "The Story." (5:27)

In this video, interestingly enough, Judith Miller argues FOR incompetence and in the next video Jon proves it.

At 4:00 she tries to argue for the WMD's which we only cared about for Iraq & no other country... and Dick Cheney made a killing.

Then she argues about her personal valuation of what Saddam could & would do, i.e. she's defending her incompetence with her opinion of what the right thing to do was irrelevant of the evidence, like Cheney still is! That makes her a politician too, as her job was not to make valuation judgements but to report the facts. 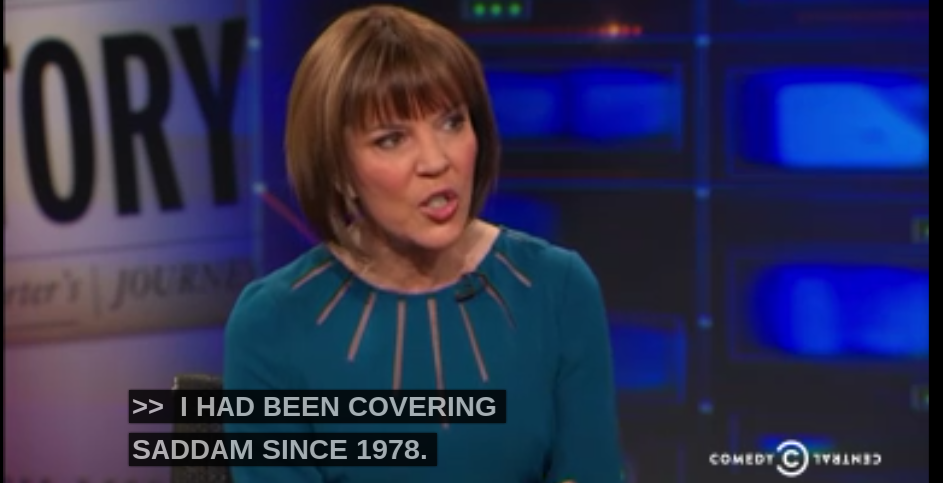 Judith Miller Pt. 2 - Judith Miller discusses her coverage of WMDs in Iraq for The New York Times, which was used in part to inform public opinion in the lead-up to the Iraq War. (6:51)


This has to be the silliest way to try and convince someone that they did thier job, i.e. by suggesting that walking back nd forth and not using confirmed testimony was hard work; 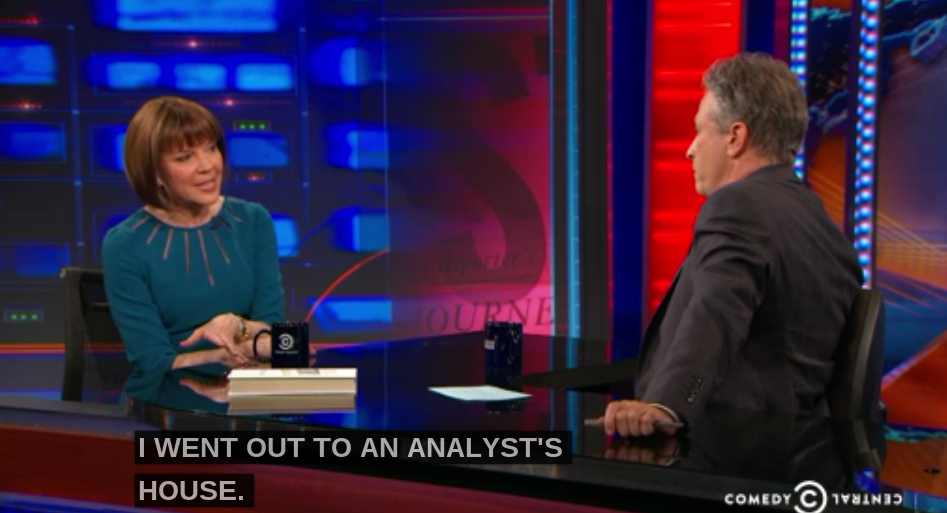 All she's really doing is describing her job. Why one should feel sympathy for someone doing thier job is beyond me, but clearly that's the tactic she employs here. Seems like a politician to me. Media should watch a Scooby Doo cartoon to learn more about investigative reporting.


The crux of her argument seems to be that she ignored confirmed expert testimony about an important issue but said 'the community was divided', i.e. she only talked about stuff the Bush Administration wanted and didn't go any further than that except to suggest there were others who didn't have the beliefs that she was writing about cause she felt it to be right; 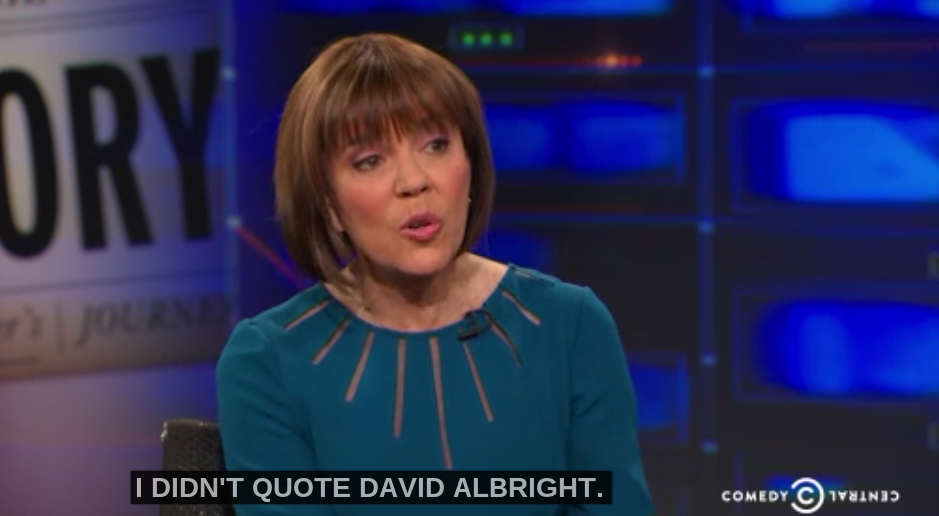 This woman, Judith Miller, is a great example of what was wrong with our media with the Iraq War (which continues to this day) and after 9/11, which is probably the biggest media failure in history, all the way from the sudden disposal of evidence to not covering Cheney's stand down order on 9/11... to something as astonishing as ignoring a whole large group of architects & engineers in favor of the Administrations by line that even gets funny (like when they try to describe how the "explosions" were created, it's like their climate change hoax idea but for modern architecture) and will probably go down in history as such.


Media: Yes, you can argue against me using uninformed public opinion as your hedge (which just tells me that you know). But the simple reality is that most people already know. I'm pretty sure everyone in the media knows about 9/11 (even Judith Miller, in the first video above, seemed to be wondering if Stewart was going to ask her about 9/11, which he should have). I can't imagine what sort of excuses they are coming up with to explain why they shouldn't tell the truth. I know it can't be thier own importance because even generals have come out saying 9/11 was an inside job and they are far more important than a pretty person that reads the words on a teleprompter in front of a screen. Hmmm... certainly would explain their reporting though. Even when the Baltimore riots began they were arguing that their night was more important which seemed to be a very egotistical thing to do... not to mention having nothing to do with news. Even Obama is out all the time, they should be covering his speeches not their dinner.

Moment of Zen - This Time Tomorrow - CNN contributor Errol Louis assures viewers that they can find out the actual news once the White House Correspondents' Association Dinner is over. (1:35)

For some reason she left out confirmed expert analysis and exchanged it with 'divided intelligence community': 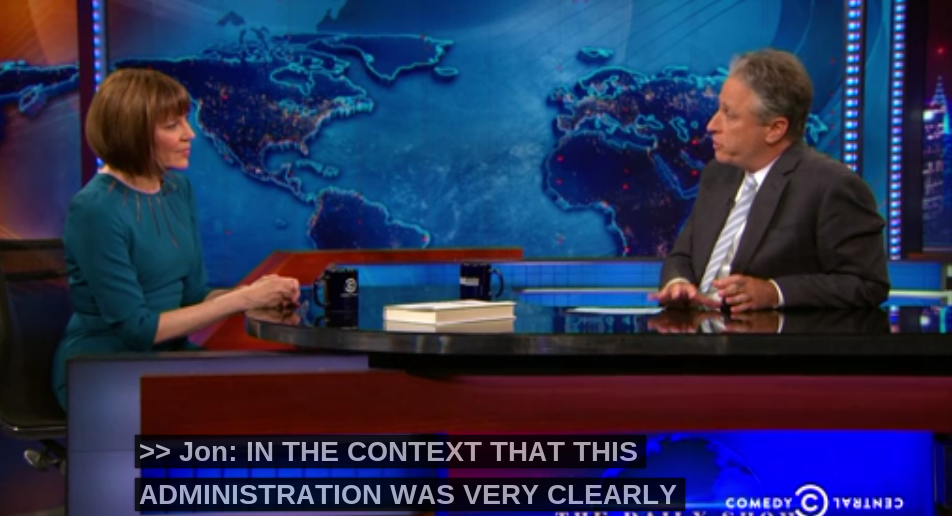 You can see she clearly believes the media did their jobs (must be a common belief cause their self-esteem is so high); 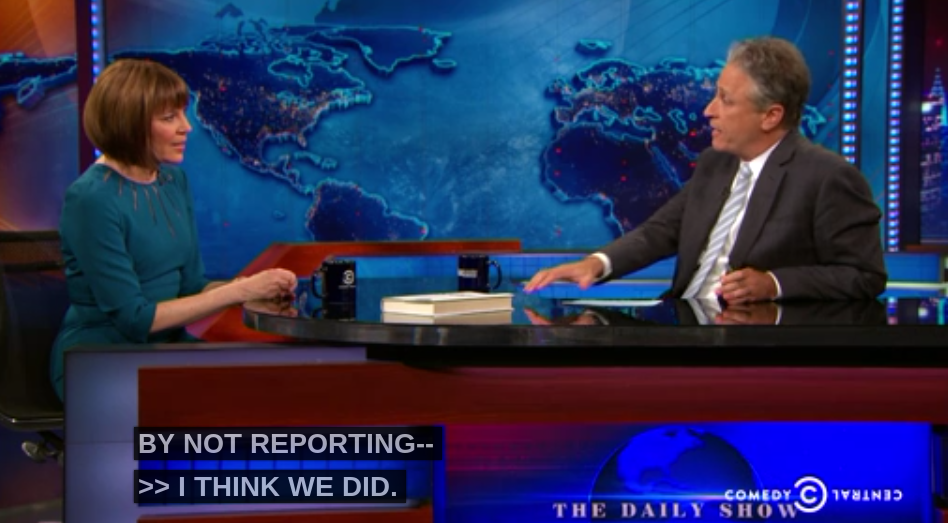 Now you get to see how she manages (very badly) to explain away - mostly for herself - why she didn't do her job; 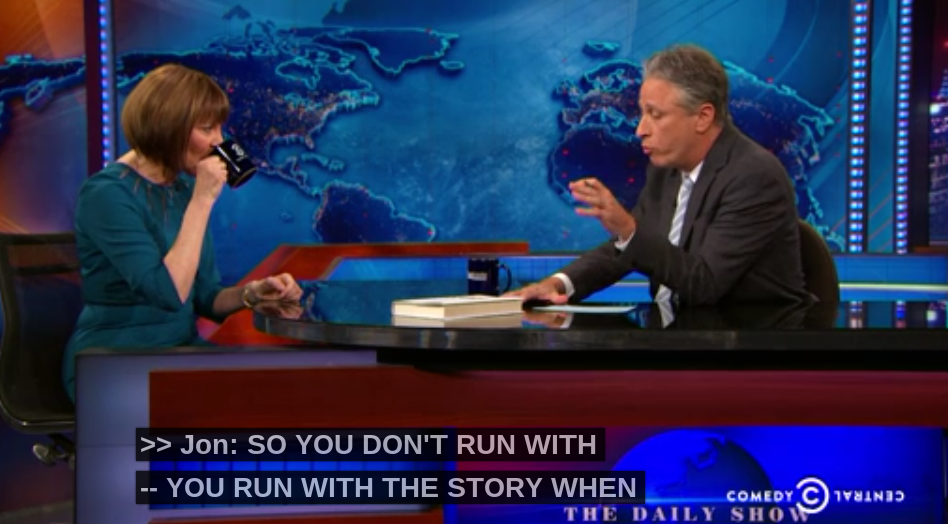 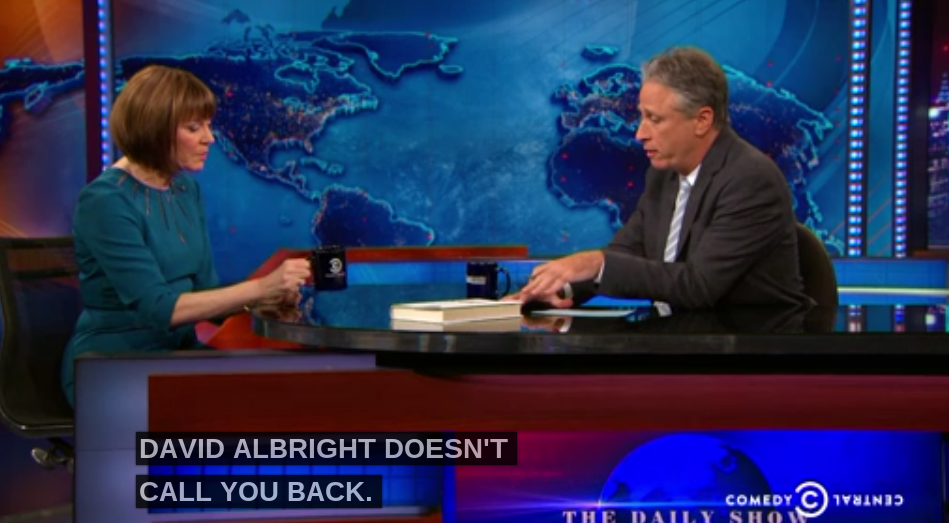 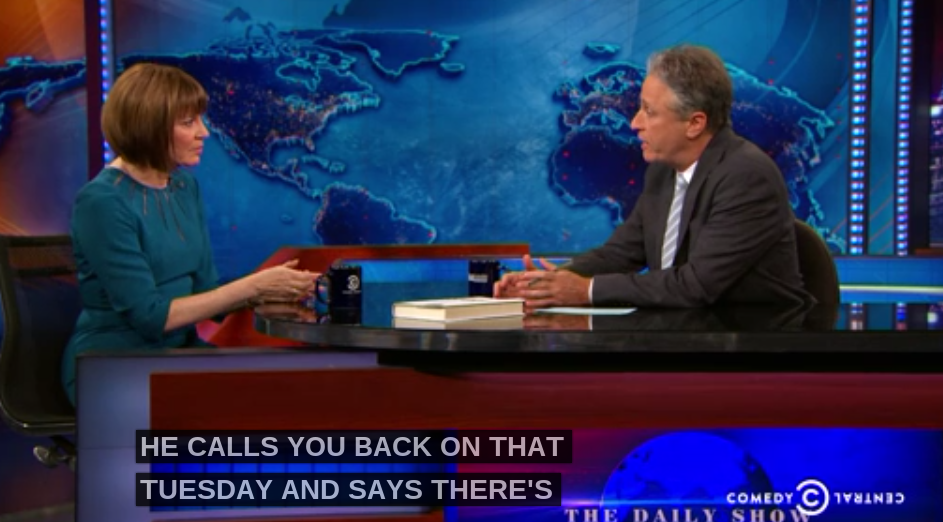 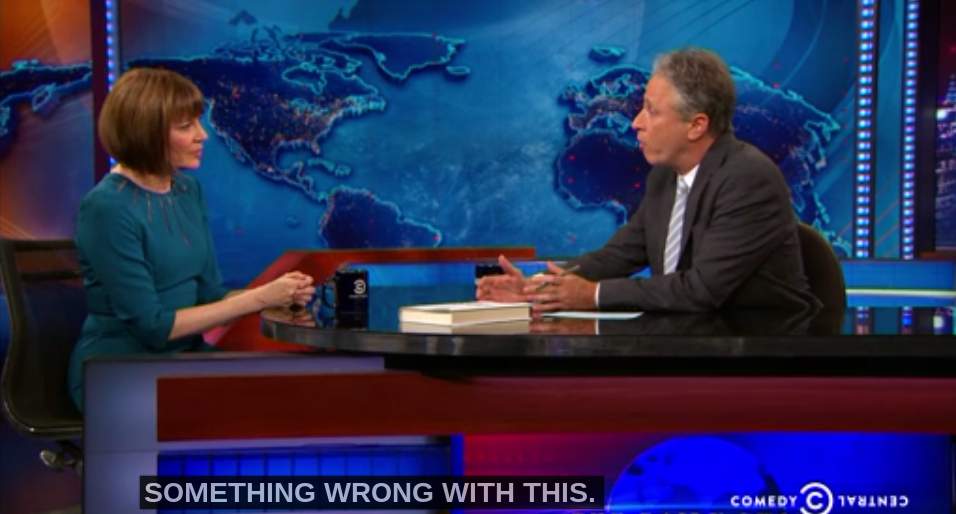 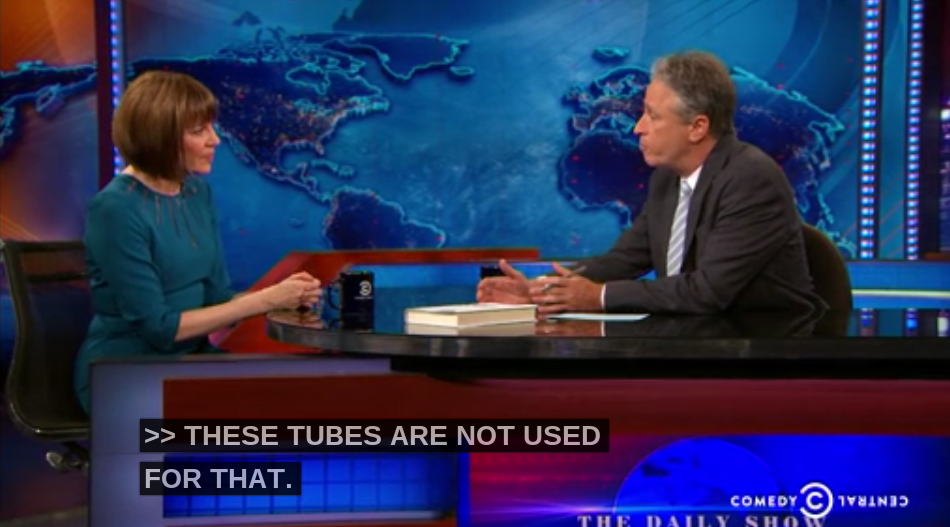 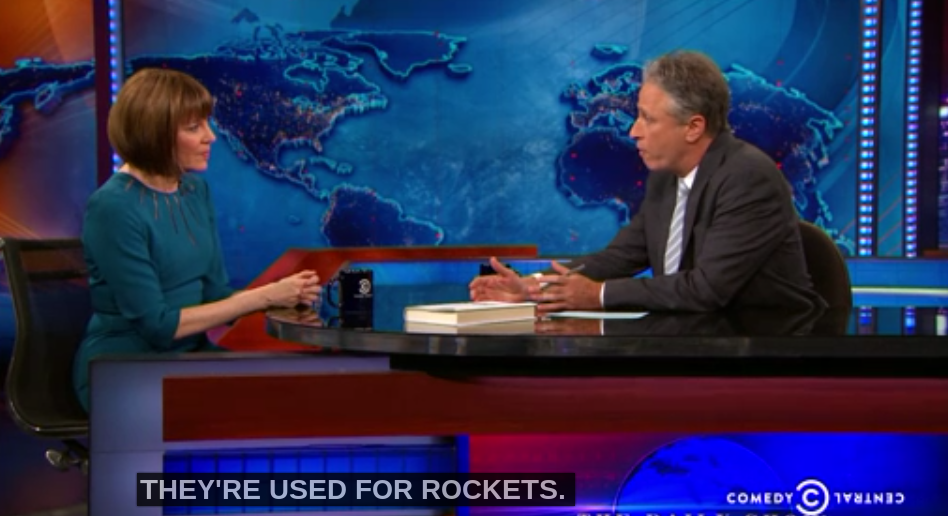 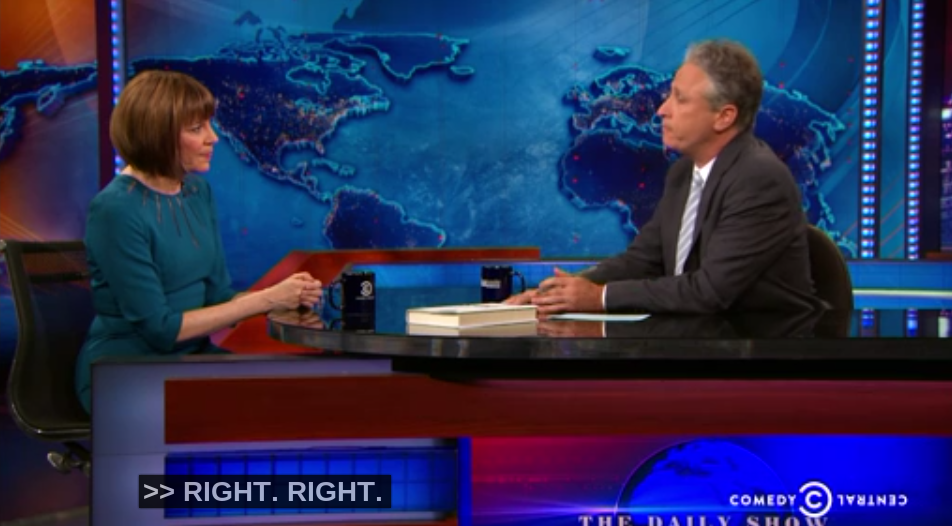 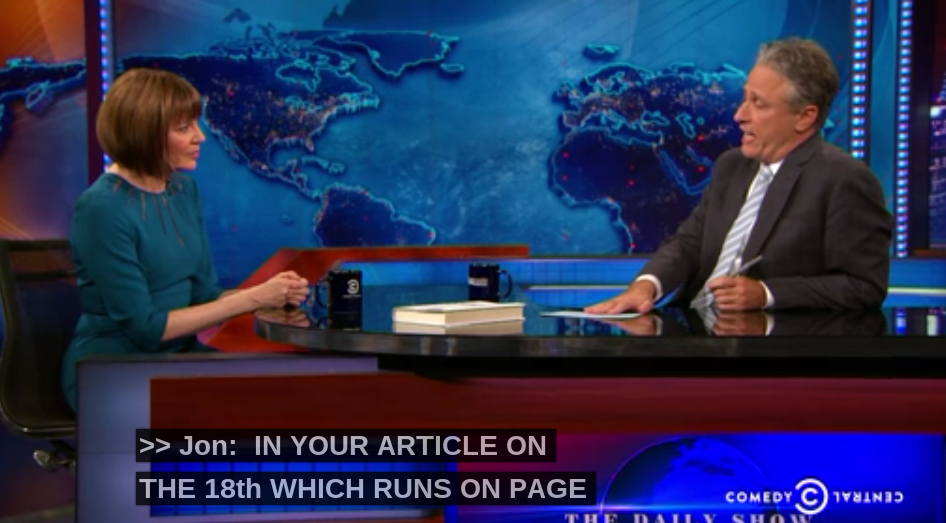 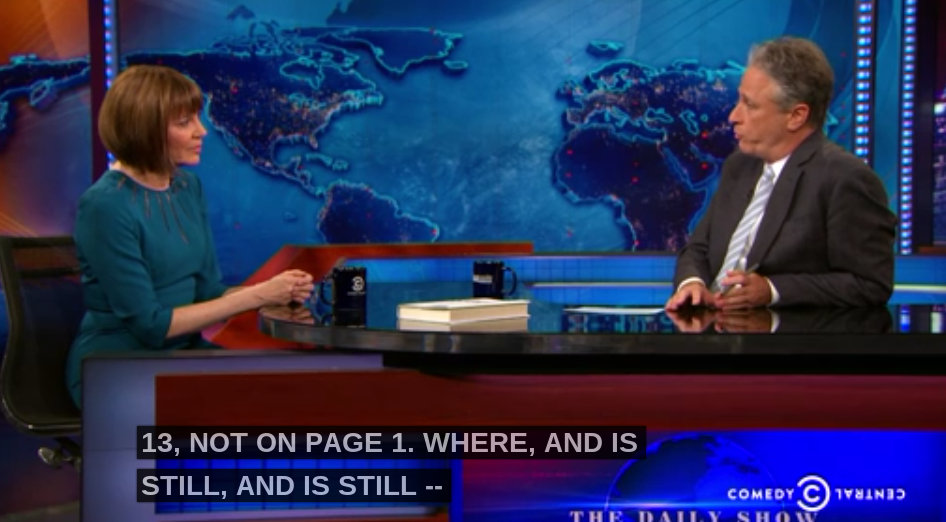 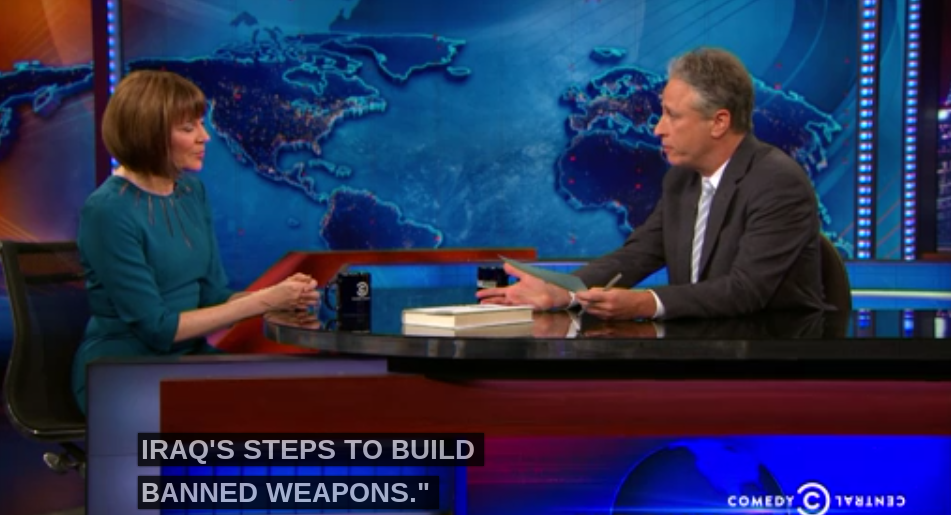 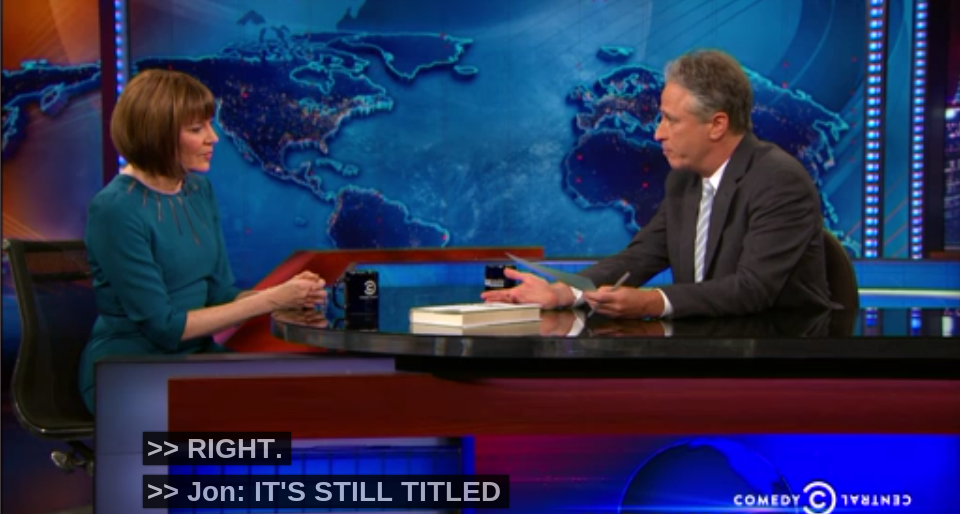 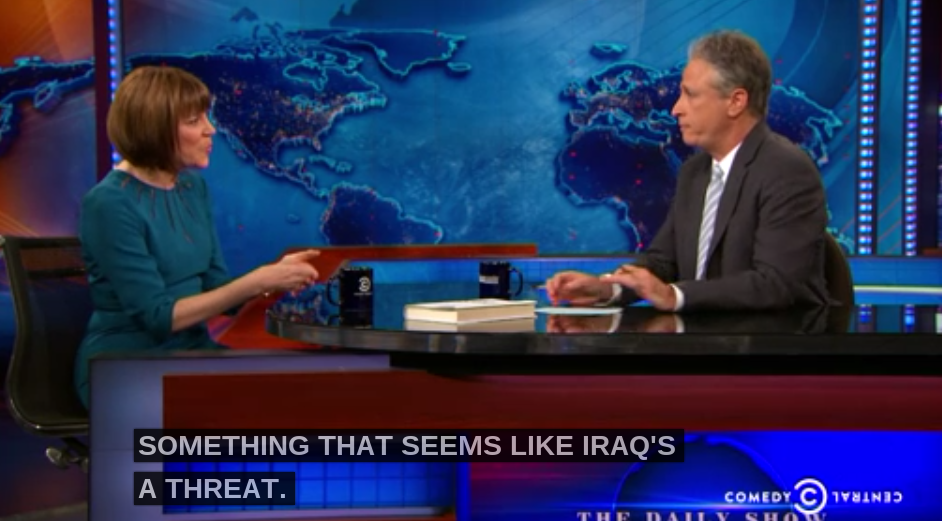 IN short, her article is still an example of the push to war, which we now know was intentionally misleading on part of the Bush Administration for oil.


Jon probably knows she's in denial or lying. Many of her responses sound like she's a politician. 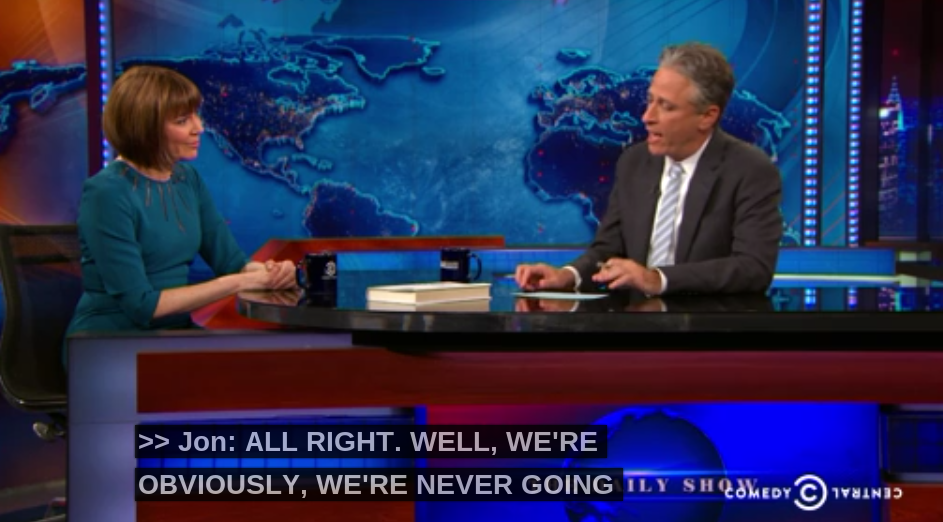 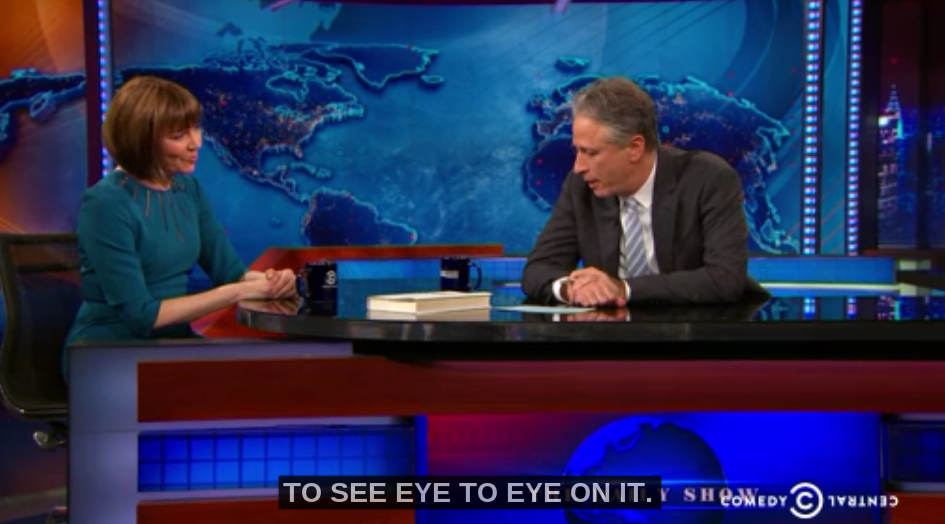 Giving up because she simply couldn't acknowledge a mistake (or rather a series of mistakes). At least we know what's wrong with the media. They're high school kids learning on the job and saying, mostly to themselves, for their own ego, which they - unfortunately - share with the rest of us; 'we're good. We know what we're doing, oh! Look! Party!'


Moment of Zen - This Time Tomorrow - CNN contributor Errol Louis assures viewers that they can find out the actual news once the White House Correspondents' Association Dinner is over. (1:35)