Why would the GOP try to push for a re-invasion of Iraq? The most probable reason would be to help ISIS. One thing ISIS has made clear is that it uses video with fancy graphics as a propaganda tool .What ISIS lacks is some footage of them fighting US troops. The GOP  has been struggling very hard to give it to them and in doing so have exposed their ability to both manipulate the media and their ability to manipulate public opinion for war.

Note: Given that Dick Cheney intentionally destabilized Iraq and their invasion of Iraq has increased terrorism... it only makes sense that the GOP's strategy is to help ISIS as the GOP is clearly "the war party". and is clearly out to destroy the United States. This post is design to help my readers closer to that very same conclusion with as much proof as I can pool together.

Report that ISIS is falling apart;

Reaction to ISIS mirrors the run up to Iraq war - ISIS is committing terrible atrocities, but the media treatment seems to be fueling a reaction that feels increasingly detached from the magnitude of the threat.

Cheney's Playbook: Netanyahu makes his case to CongressAfter weeks of anticipation and controversy, the Israeli Prime Minister argued that a nuclear deal with Iran would embolden the regime to acquire the bomb. 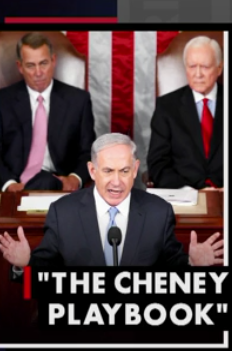 Jon Stewart Slams The GOP On Being Consistently WRONG About Iraq

Jon Stewart Smashes CNN, MSNBC, & Fox News For Their Hypocrisy In Misleading The Public Over The Iraq War & Not Admitting It