President Obama and George W. Bush: Anti-Muslim Bigotry Has No Place In US (Tracing The Source Of Anti- Muslims Rhetoric To Fox News)

Bill O Reilly Is A Terrorist In How Is Uses His Words (Equivalent to Anwar Al Awlaki). It's A Proven Fact.


President Obama & Ex. President George Bush: Anti-Muslim bigotry has no place in US - Rachel Maddow talks to Linda Sarsour, National Advocacy Director at the National Network for Arab American Communities, about the discussion around Islam and terrorism in mainstream politics.


Protesters calling radical Islam the new Nazi, i.e. exactly what Bill O Reilly has been calling them. Which is kinda weird cause the Nazi's were Christian. Are they saying radical "Islamists" are actually Christian? (They certainly ARE following the Bible in their actions) 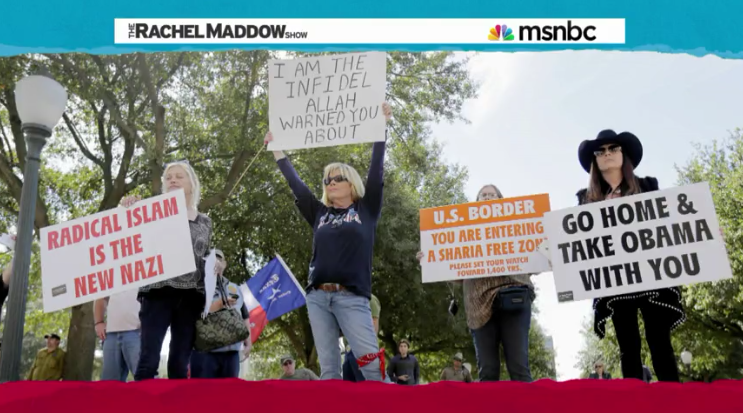 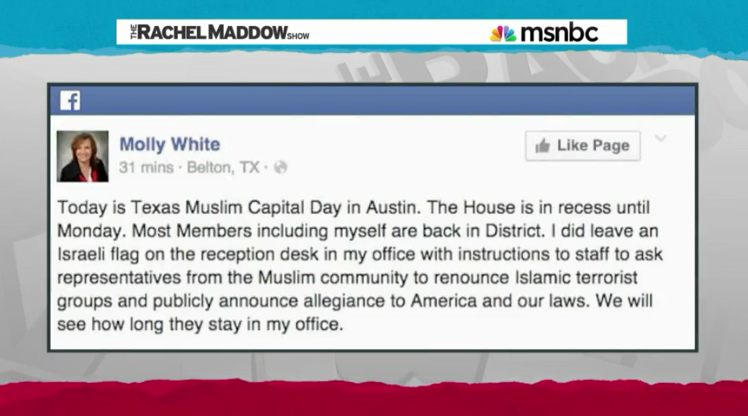 GOP & Fox News are helping the terrorists by giving them the religious legitimacy they need. A mistake cause they are stupid? I don't think so. Fox News & The GOP know what they are doing. They are clearly allied with the terrorists and there is ample evidence of the GOP having created ISIS etc. to begin with; 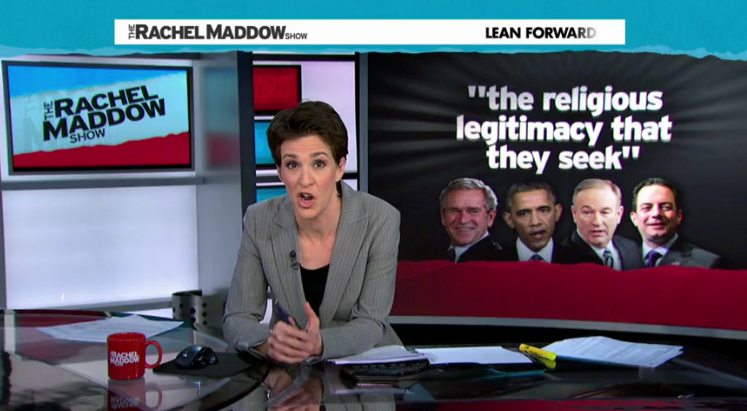 Bush himself said the very same things Obama is saying today (the power of being white?) 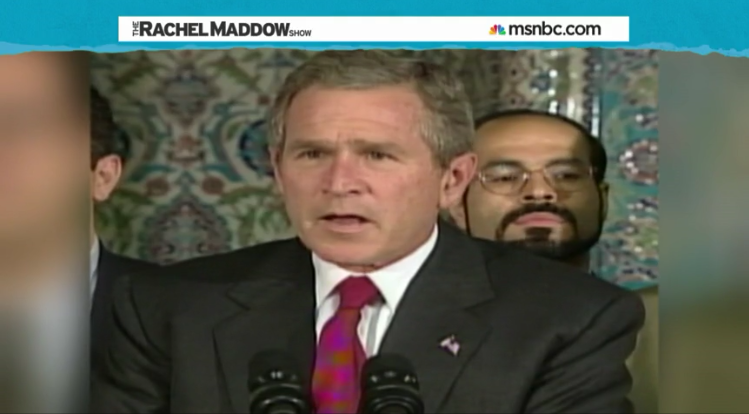 
The following article leaves out just about everything except for an explanation. With no facts, no tracing the source of the rhetoric to it's GOP & Fox News source, such articles are just clueless in thier search for explanations;

In the White House, can a white conservative do more to restrain anti-Islamic bigotry than an African-American progressive? Writing on the anniversary of 9/11, a couple of writers Saturday argued that this is so. Studies on the psychology of prejudice suggest they're right.

Chicken crusaders—Americans who have nothing to fear from Muslims, yet feel free to attack and insult them—are becoming a global problem, as their hatred provokes mirror-image rhetoric in the Muslim world. So more people are taking up the question I blogged about last month: Why is anti-Islamic bigotry in the U.S. rising now, when it didn't flare up right after 9/11?

Certainly, President Bush deserves some credit for Americans' widespread sanity in 2001. Not as much credit, though, as Nicholas Kristof gave him on Saturday. Americans back then didn't plan to desecrate Korans or try to separate Muslims from their constitutional rights, Kristof wrote, because "President George W. Bush pushed back at his conservative ranks and repeatedly warned Americans not to confuse Al Qaeda with Islam."

On the same day in the same paper, Porochista Khakpour's op-ed piecewent deeper. It wasn't just Bush's words that swayed people, she suggested. It was also the way he looked, and where his party stood: "Perhaps when Republicans held both the White House and Congress, conservatives weren’t sweating a thing; for them, people of color, along with all our white liberal friends, were lumped together in one misery-loves-company fringe. But now that the tables have turned, conservatives have positioned themselves as aggrieved victims."

IN this next article a much better job is done & we see that the GOP sees the Muslim minorities like some sort of Super men. I know white people are generally insecure around black people (super human strength etc) but this is ridiculous.

Citing the (fictional) specter of Muslim-dominated "no-go zones" in Europe, Jindal has warned of an Islamic "invasion" and "colonization" of the United States designed to impose Sharia law on unsuspecting Americans. "If they want to come here and they want to set up their own culture and values, that's not immigration. That's really invasion, if you're honest about it," Jindal said in a radio appearance.

Jindal isn't the only possible 2016 candidate who's flirted with anti-Muslim sentiment, which is sadly common on the fringes of the Republican Party. But that wasn't always the case. Since September 2001, there's been a surge in right-wing Islamophobia, driven by a small, well-funded group of activists. And their angry message is currently dividing the 2016 field.

Before 2001, the Republican party had been a fairly comfortable place for Muslims. Large majorities of Muslims voted for George H.W. Bush in 1992, as well as George W. Bush in 2000 (Clinton won Muslims' vote in 1996).

But immediately after the attacks on the Twin Towers and the Pentagon, things started to change. A small cadre of hawkish conservative activists began warning that sharia, or Islamic law, was going to imposed on Americans by local Muslims.

"It is now public knowledge that nearly every major Muslim organization in the United States is actually controlled by the MB [Muslim Brotherhood] or a derivative organization," a Center for Security Policy report declaims. "Consequently, most of the Muslim American groups of any prominence in America are now known to be, as a matter of fact, hostile to the United States and its Constitution."

This funding gave Gaffney and like-minded folks, such as Steve Emerson and David Horowitz, a solid base. Because they tended to be foreign policy hawks, they drifted towards Republican legislators and right-wing media. They developed and solidified relationships with Republicans on Capitol Hill, with Fox News, and with major right-wing media personalities like Glenn Beck.

"George W. Bush deserves a lot of credit, as president and a Republican conservative leader, in making it clear immediately after 9/11 and all the way through his presidency that we were not at war with Muslims, and the Muslims were part of the American family," Duss says. But "there's really no one in the Republican party anymore as there was when Bush was president... to send that message."


Part of the reason for the conservatives no longer supporting stuff that George Bush said may have to do with the times. After 9/11, Bush probably felt bad about what he had done so he didn't want to spread the damage further. But now, the GOP is on the back foot. 9/11 is coming out person by person. As the truth of 9/11 continues to spread the GOP & Fox News are naturally and correctly afraid for thier lives (at the very least they get prison time). To try and defend themselves they have ramped up the rhetoric as outright civil war is thier only option if the Democrats don't follow thier history and just cower away. So far Fox News & it's allies have convinced the whole nation of lies about religion and manage to even bring out a few of the craziest people out to protest.