If news media can sell a belief irrespective of facts (such as the War of the Worlds broadcast), why not for all brown people be they Hindu, Muslim, Buddhist or Christian? Selling a belief into public opinion has real world consequences and the people who seek those beliefs are responsible for their actions. (People often forget Bush's mounting death toll of Christians in Iraq since the invasion of Iraq).


The words "radical Islam" were not mentioned by President Obama in his State of the Union address last night and many people are wondering why.
In a "Kelly File" exclusive, Frank Luntz asked a focus group how we should refer to radical, extremist Islamic terrorism and why the president refuses to call it that.
"He couldn't even call what happened at Ft. Hood what it was," one man said. "It was someone yelling 'Allahu Akbar,' he killed fellow soldiers. And [Obama] called it 'workplace violence.' That's nonsense."
"We're scared, first of all, to go after what it actually is, to talk about what it actually is, where it comes from and what we need to do about it," another member of the focus group added.
"It's not just one religion that's extreme," one woman argued.
"It's only Islamic fundamentalists that are committing these acts," another countered.

Bill O'Reilly: Terrorism wins again:
Fox News opinion, basically saying, 'Muslims are naturally killers but they do stop when there are no infidels left'

Fox Host: Christians Have Killed 'Zero' People In The Name Of Religion (This despite the largest genocide in history being done by Christians on American soil... not to mention the recent lynching by god fearing "Christian" folks)

“Bill O Reilly Agian (AKA Pap Bear): O’Reilly said Obama has gone out of his way to de-emphasize jihadist activity. In the liberal community, he added,there is sympathy for “good Muslims.”  “But right now, we need some perspective. Every sane person knows not all believers of Islam are violent people. However,millions of Muslims – millions -who believe that harming non-Muslims is acceptable behavior.”


Analysis of how Fox News does it:

Using a variety of techniques Frank Luntz convinces people that something made up on a piece of paper and thus exists for as long as the Government exists (i.e. a Corporation) is a person. A satirical classic con by Stephen Colbert by Fox News's primary hypnotic lying coordinator show how he can convince people of anything irrelevant of proof or facts.

Stephen Colbert: I want you to help me make the idea, corporations are people, appealing to Americans. Is that possible?

Frank Luntz: It's gonna be a challenge but I believe it can be done [Learn more about corporations here.]


Notice:
1. How a group of people is convened to see HOW to market to people and although people start off against corporations they soften and start helping out.
2. A variety of images are tested. Given the environment, the feeling of group sentiments and the feeling invoked by the images on the screen, may have actually helped bring the poeple around to helping create an image for corporations.
3. Based on this focus group Frank Luntz declares that, "...effectively communicating...that'corporations are people' clearly CAN be done."

(Notice the reflexive reaction by Frank Luntz when Stephen Colbert tries to dip the flag in tea. What other reflexive behavior might he have that could be used to a truth tellers advantage?)
4. Using this information he creates a 30 second add using words and visuals that have been carefully tested to create positive feelings for an idea that is essentially a lie (i.e. a corporation is a legal entity that exists only on paper, clearly NOT a human being or 'person'.) In other words, what Frank Luntz did was create an atmosphere to get useful feedback for a marketing/advertising campaign.

Here is a classic example of Frank Luntz making a Saint out of Romney (LOL!) using Reagan (the power of a President increases after death, it seems)


The following Focus Group consists of people who are

1. All Republican,
2. All know they are on live TV,
3. Probably feel sympathy for Mitt Romney because of the 'Mormonism' scandal and that is the cause of the emotional move towards Romney, however, all the reasons given are carefully thought out to look good (it's TV dammit!). Notice some of the words used to support Romney include 'elegant' and 'Reaganesque' which are so subjective that an emotional reason for their explanations make allot of sense...
Participants said Romney "looked presidential," called him "Reaganesque," "elegant," and "decisive," and praised his "specific answers." Perry, on the other hand, was pegged as "too defensive" and "such a waffler." One woman called his support for education for illegal immigrants "absolutely disgusting."


In hypnosis, or even in common idioms people use, when you speak of something generally you tend to encompass everything. When you are specific you tend to make discriminating thought more likely.

What Frank Luntz & Fox News does is to take the knowledge of Hypnosis's cousin, NLP (commonly used in effective therapy as a de-hyponotizing tool), and reversing all the principles to help people, i.e. they move people towards generalities AND distortions to fulfill thier political goals.

Be careful here although Fox News is a lying dynasty, their followers are sheeple-ish like so that all Fox News needs is one mistake to prove to their core base of activists and clueless viewers that they are right and others are wrong. Such devotion suggests a serious problem in Fox News viewers on an emotional and psychological level (or, hopefully, just on an informational level).

The whole GOP is involved - together - in the talking points they use. Facts aren't the point of what they say, winning for their side (it's common knowledge that they represent the super rich people only while pretending to represent everybody).

Related posts on this sort of duplicity:

Athiest Example: How far the slander has spread (it works on lack of information so atheists in a Christian culture are particularly easy to convince and they can get rather vocal in their particular self-righteous yet ignorant way)

Related articles:
10 worst examples of Christian or far-right terrorism - Conservatives claim that all terrorists are Muslim, but most violent attacks in the US are carried out by white men
Non-Muslims Carried Out More than 90% of All Terrorist Attacks on U.S. Soil

Since India has a billion people who are Hindus besides the minority population of Sikhs, which their rhetoric got killed recently, a proper debate IS necessary . Just another example of the media not doing it's job besides Jon Stewart's classic takedown of the media's incompetence & hypocrisy)

The lack of media focus on different ethnic types is part of the reason for their effectiveness in using of their more toxic rhetoric which they use to kill people. The Muslim kids are just the latest example in a long line I'm afraid.


The above was probably done in response to the Muslim killings since Fox News generally goes the other way. More about Watters World here.

In the following extract of GOP talking points (Which Frank Luntz helps with) with my replies inside the brackets {} ...

From Forbes: Talking Points for the Class War...[i.e. how to make the bad stuff of GOP policy sound good to people who only watch one news source with any regularity]
Herein, I provide a service to the right-wing dogmatists and those who’d like to understand them by reproducing the top 10 talking points for preserving the status quo. 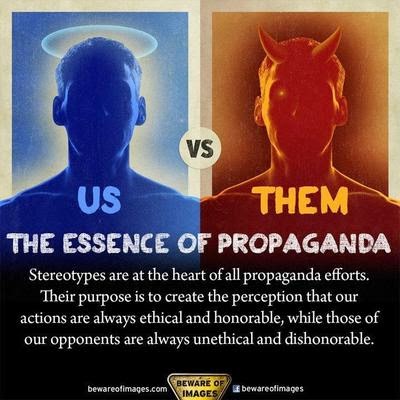