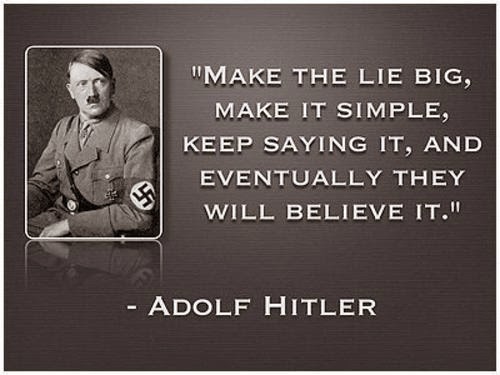 A basic definition of Monopoly and Oligopoly:

What Does Monopoly Mean?

A situation in which a single company or group owns all or nearly all of the market for a given type of product or service. By definition, monopoly is characterized by an absence of competition, which often results in high prices and inferior products.

According to a strict academic definition, a monopoly is a market containing a single firm.

In such instances where a single firm holds monopoly power, the company will typically be forced to divest its assets. Antimonopoly regulation protects free markets from being dominated by a single entity.

Monopoly is the extreme case in capitalism. Most believe that, with few exceptions, the system just doesn't work when there is only one provider of a good or service because there is no incentive to improve it to meet the demands of consumers. Governments attempt to prevent monopolies from arising through the use of antitrust laws.

Of course, there are gray areas; take for example the granting of patents on new inventions. These give, in effect, a monopoly on a product for a set period of time. The reasoning behind patents is to give innovators some time to recoup what are often large research and development costs. In theory, they are a way of using monopolies to promote innovation. Another example are public monopolies set up by governments to provide essential services. Some believe that utilities should offer public goods and services such as water and electricity at a price that is affordable to everyone.


What Does Oligopoly Mean?

A situation in which a particular market is controlled by a small group of firms. An oligopoly is much like a monopoly, in which only one company exerts control over most of a market. In an oligopoly, there are at least two firms controlling the market.


Extracts are from here and are in italics:

Why do economists object to monopoly? The purely “economic” argument against monopoly is very different from what noneconomists might expect. Successful monopolists charge prices above what they would be with competition so that customers pay more and the monopolists (and perhaps their employees) gain. It may seem strange, but economists see no reason to criticize monopolies simply because they transfer wealth from customers to monopoly producers. That is because economists have no way of knowing who is the more worthy of the two parties—the producer or the customer. Of course, people (including economists) may object to the wealth transfer on other grounds, including moral ones. But the transfer itself does not present an “economic” problem.

Rather, the purely “economic” case against monopoly is that it reduces aggregate economic welfare (as opposed to simply making some people worse off and others better off by an equal amount). When the monopolist raises prices above the competitive level in order to reap his monopoly profits, customers buy less of the product, less is produced, and society as a whole is worse off. In short, monopoly reduces society’s income.

By having a monopoly in the news media you reduce the quality of media across a whole spectrum of media. for example; Murdoch's tabloid style newsmanship is a model that works for business, in that it attracts attention, and makes money and can direct attention of viewers for advertising purposes.

[Note: To assume that a business model is correct simply because it works is the equivalent of assuming that slavery should be accepted because it has economic value, i.e. cheap labor.]

The more Monopolistic or Oligopolistic power he gains, the more other news media has to follow him to compete with him for market share... and the more the news media will sound, 'like the gossiping of a 14 year old girl'. [Keeping in mind that the type of news structure that works best for a democracy is different from the gossipy /rumor mongering style - click here for more info.]

By deregulating the market the result is that one type of 'newsman' gets more power over dessimination of news and thus the quality of the product (i.e. news) becomes lower. (i.e. Rupert's style is of a rumor mongerer, so, at the very least, that is what we will get).

Especially notice that Colin Powell's son states that "[this deregulation] will advance our diversity and localism goals and maintain a vigourously competitive environement". Obviously, the opposite has happened - decrease in competition is the very definition of conglomeration.

Another reason for regulation:

By removing regulation towards monopolies, the ones with large amounts of capital can control a larger and larger share of the global news market. This can create a bias in news that can blind the public from proper perspectives - for example; this video clip shows how a large segment of the news media was focused on an outdated 'new' product rather than news from a region that wasn't deemed interesting by high level exec's;

The market share for polticheck is much lower (i.e. less people 'view' the website about facts in politics than they do Fox News, so Fox News's view AND it's bias will dominate)... this also means that Fox News views will predominate the public debate and influence public policy (as the debates are centered around media manufactured issues). I think this is an iron-clad case to regulate monopolies and oligopolies in media, especially when you take these three pieces of evidence into account:

1. How a large media conglomerate can manufacture and promote news


Notice how one newspaper is used to comment on (or more accurately, 'advertise') another paper.

Stephen Colbert : The Post isn't saying she's a lesbian, they are just asking the question

By asking a question you place a thought in someone's head. For example; I f I were to say, "DON'T think of a PINK elephant, for 5 minutes and I'll give you ten thousand dollars!" - Unless you are a yogi, you will be thinking of pink elephants for the next 5 minutes continuously. by constantly talking about an idea - whether it's true or not - will place that idea firmly in the minds of the listeners.

Notice the placement of the story in relation to other stories, the idea of that woman (whoever she is) as a lesbian, is most certainly being promoted as a matter of policy - irrespective of whether it worked or not.

The train of planting News goes as follows - First story in the Wall Street Journal, Second Story in the NY Post and finally, news story on Fox News - Seems like different news sources commenting on a story but in reality it's ONE news story, created and promoted by the SAME news source.


2. Fox News has a large market share for news in America and look at its types of news bias...

Less than 10 percent of Obama's Cabinet appointees "have any experience in the private sector."


Healthcare reform is a government takeover of healthcare


There's been more debt under Obama than all other pPresidents combined


3. Fake perspectives on the countries economy can be created, thereby delaying taking action to remedy the economic situation - The United States of America led the whole planet into a depression with the antics of its last administrators (and ideologies begun there are beginning to show their fruits in Europe as well). The news media is just one example but it is still an important means for spreading disinformation,and, if it is not regulated can affect the entire political and economic debate across the nation causing allot of short-term and long-term political and economic damage;

During George W. Bush's administration Fox News only reported good news about the economy (it's reporting has been so 'biased' that one commentator (Goldberg) even got fed up!). Even though the huge debt, the housing crises, the problems in wall street, the water wars, etc. All began or reached fruition with that administration. Because of Rupert Murdoch's Monopolistic position he has manged to influence the national (and global) debate away from science and on to ideology, creating, dare I say, the possible beginning's of a new Dark Age.

More info on Fox News is here (sorry, some videos are blocked).

Also, please note the war mongering stance taken by Hannity and Glenn Beck. If Rupert Murdoch is aware of these activities, understands their implications AND approves. Then this is very serious indeed.