Vintage lessons in civic harmony, or how small-scale common courtesy paves the way for large-scale peace.

In 1945 and 1946, immediately following the end of World War II, Encyclopedia Britannica’s films division produced two educational short films, one on democracy and one on despotism, exploring how societies and nations rank on the spectrum from democracy to despotism by measuring the degree to which power is concentrated and respect for individuals restricted. More than half a century later, these analyses remain a compelling metric of social harmony and discord, in an era when we’re still struggling to understand the psychology of riots in a global political climate where the tension between despotism and democracy is in sharper focus than ever.

A community is low on a respect scale if common courtesy is withheld from large groups of people on account of their political attitudes, if people are rude to others because they think their wealth and position gives them that right, or because they don’t like a man’s race or his religion. Equal opportunity for all citizens to develop equal skills is one basis for rating a community on a respect scale.”


Sharing respect means that each shares the respect of all, not because of his wealth or his religion or his color, but because each is a human being and makes his own contribution to the community — from healing its sick to collecting its garbage, from managing its railroads to running its trains.”

You might recognize footage from the films, which are both in the public domain, from Temujin Doran’s provocative observations on the distortions of democracy in Market Maketh Man, highly recommended if you haven’t already seen it.

Brain Pickings has a free weekly newsletter and people say it’s cool. It comes out on Sundays and offers the week’s best articles. Here’s an example. Like? Sign up.

You can measure any community on this simple scale; 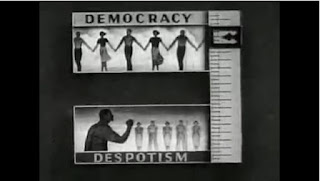 Be careful NOT to assume that the 'mere form of a government can guard you against despotism'.

Germany was a Republic and yet a despotic ruler was able to take root (i.e. Hitler).

Two yardsticks have been proven to help any community to discover how close it is to despotism; 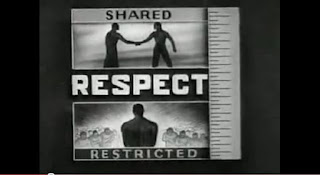 As a community moves towards despotism, respect is restricted to fewer people (such as restricting respect to ONLY members of a small group or one political party).

of their political attitudes. (such as persecution because someone is wealthy, of a different race or religion etc.).

The ability of every citizen to better themselves (and educate themselves) is another important measurement of determining the level of respect in society. 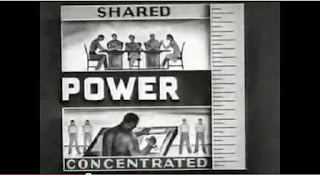 This scale is useful to determine the citizens share in making decisions for thier community.

When decision making is left in a few hands (or compiled into a huge bill so that there is at least one issue you feel so strongly for that you have to vote for it even if other aspects of the bill is bad for the community/country - then you have limited choice {and have been tricked!}) THEN the community is moving towards despotism.

Today, a community can move towards despotism by allowing power to become concentrated in the hands of a few.

The test of despotic power is that it can disregard the Will of The People.

Despotism can be official AND unofficial.


The spread of respect and power in a community can be measured using the following 2 scales; 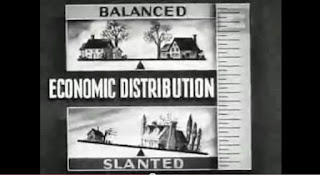 If a communities economic distribution becomes slanted then it is moving towards despotism.

If middle income groups grow smaller, then despotism has a better chance to gain a foothold.

One sign of a move towards a despotic society is the concentration of land in the hands of a few people. 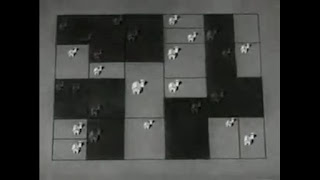 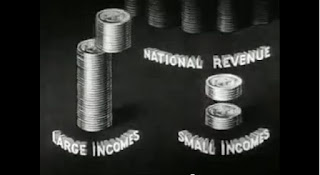 Another sign of a poorly balanced economy is a taxation system that presses heaviest on those least able to pay. 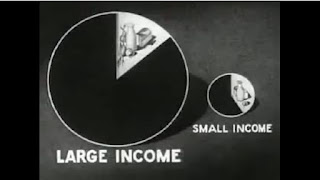 Larger amount of a poorer person's income is spent on food, so sales taxes press heaviest on the poor and middle class. 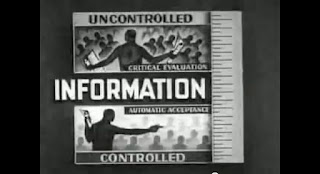 A community rests low on the information scale when the press/media is controlled by a few people and when citizens HAVE TO accept what they are told.

If students are not taught critical thinking skills (with a well rounded education so they have basic knowledge of history, politics, sophism, economics etc.) THEN despotism has a good chance of establishing itself.

By keeping students unable to think critically, you get adults who can't think critically (or have any ability to evaluate facts from lies). These adults will accept whatever thier chosen authority source tells them.