The earliest evidence of ritual and myth part 2

OK. I posted the video about Neanderthal Burial Caves here, which was 17 days ago. So if any historians/archeologists have read it then they have had enough time to either put the pieces together or to block out the thought from their heads... in a desperate (though probably unconscious) attempt to save their non-existent careers.

I guess the most obvious (and also the stupidest) defense an archeologist could come up with has to do with the shape of the skulls (I say 'archeologist' but they tend to roam in packs, like boy/girl groups).

For some reason many scientists/academics are so locked up in their heads that they can’t see what is right in front of them. So, apparently, I have been sent here to show you what they are unable to see for themselves. [Note: There are some archeologists who are not educated fools... they tend to be shunned by the mainstream academics... can anyone say ‘hall of shame’?]

Before I begin with the earliest evidence of ritual and myth part 2 I thought I should first take care of the obvious.

The following is a comparison between ‘human’ (i.e. ‘Homo sapian sapiens) and Neanderthal (Homo neanderthalis) skulls 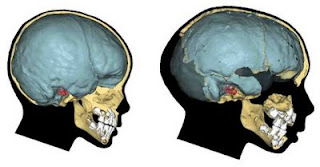 This is a picture of Dwayne Johnson, also known as The Rock 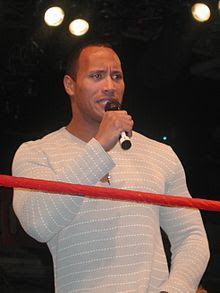 This is a picture of Jackie Chan 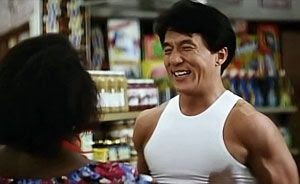 Compare the skull size of Dwayen Johnson and Jackie Chan... and ask yourself...are they different sizes? The answer should be fairly obvious (I hope).

If we are to believe the nonsense that is coming out of the mouths of modern academics about Neanderthals (and with it early human history) then we would have to name Dwayne Johnson’s species Homo Rockathalis and Jackie Chan’s species Homo Chanathalis. Since the one with the bigger skull is the supposed to be the dumb one that means that Rockathalis is a dumb species (Note to The Rock: This is what the academics are saying not me). While Chanathalis is the smart one that has learned how to speak and cook.

Decide for yourselves if you want to believe all the papers and papers of theories based on tiny differences in the shape of the rare skulls we find in our archeological record.

Moving on. Here is the video again:

Images in the video in order:

Skeleton in a position of rest (i.e. burial with stuff to take to the afterlife)

"We do not know what the hunting methods of these Neanderthalis can have been. There was a great disparity between the size of their weapons and the animals that were their prey. The bow and arrow had not yet been invented, but the boomerang, or throwing stick, apparently had." Primitive Mythology by Joseph Campbell page 371

Here is a picture of shell based jewelry: 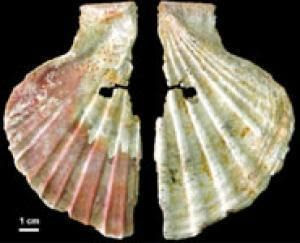 "the idea of the earth as mother and of burial as a re-entry into the womb for rebirth appears to have recommended itself to at least some of the communities of mankind at an extremely early date. The earliest unmistakable evidences of ritual and therewith of mythological thought yet found have been the grave burials of Homo neanderthalensis, a remote predecessor of our species, whose period is perhaps to be dated as early as 200,000 – 75000 B.C. Neanderthal skeletons have been found interred with supplies (suggesting the idea of another life), accompanied by animal sacrifice (wild ox, bison, and wild goat), with attention to an east-west axis (the path of the sun, which is reborn from the same earth in which the dead are placed), in flexed position (as though within the womb), or in a sleeping posture – in one case with pillow of chips of flint. Sleep and death, awakening and resurrection, the grave as a return to the mother for rebirth; but whether Homo neanderthalensis thought the next awakening would be here again or in some world to come (or even both together) we do not know."

"Neanderthal Man may have practiced some form of ritual cannibalism in connection with an early version of the headhunt; and if so, ... this grim cult might reasonably be proposed as the earliest religious rite of the human species." Primitive Mythology by Joseph Campbell page 394

I think the idea that Neanderthals may have engaged in cannibalism out of desperation rather than as a regular part of their culture makes sense. In cannibalism was normal then we would find thousands of skulls not occasional ones.

Also there is this little piece of evidence that suggests they were eating grains (i.e. they could cook and so had access to a greater variety of food than just what they could get with their wooden clubs):

Researchers in the US have found grains of cooked plant material in the teeth of the remains.

The study is the first to confirm that the Neanderthal diet was not confined to meat and was more sophisticated than previously thought.

The research has been published in the Proceedings of the National Academy of Sciences.