Background: Media: How The "Left" Enables GOP Tyranny - The Southern Strategy By The GOP Created Modern Politics But They Continuously Get Away With It!

Media personalities love to say that Trump sucks up all the air (news stories) so everything is about him. Its some sort of fiction that they made up (maybe from Fox News where they get alot of thier bull theories) that allows them to ignore important stories. Like thousands of colored people dying in Puerto Rico. Or the Democratic primary when Hillary - and the "Democratic" party - was trying (& succeeding) in suppressing her opponent Bernie Sanders. Whenever media says they can't cover stories of life and death - or political opponents - because of Trump (who they have been giving an extraordinary amount of free advertising since long before he became President), think "cover up" or "convenient fiction for moral cowards". Hurricane Maria is just one such example. While this post shows the southern strategy as used on Puerto Rico with the Trump administrations victims there, it is just a continuation of southern strategy proofs of media enabling racism by the GOP.


If Harvard’s death toll estimate is accurate, Hurricane Maria was the second deadliest hurricane in U.S. history and the deadliest in 117 years.
And yet, even as U.S. citizens in Puerto Rico continued to die in 2017, media quickly dropped their focus on the crisis. The first Sunday after the storm, the five major political talk shows cumulatively dedicated less than one minute to coverage. And the overall coverage of the crisis sharply declined after President Donald Trump visited the U.S. territory on October 3; a Media Matters study found that prime-time cable news coverage of Puerto Rico’s recovery plummeted after that date. 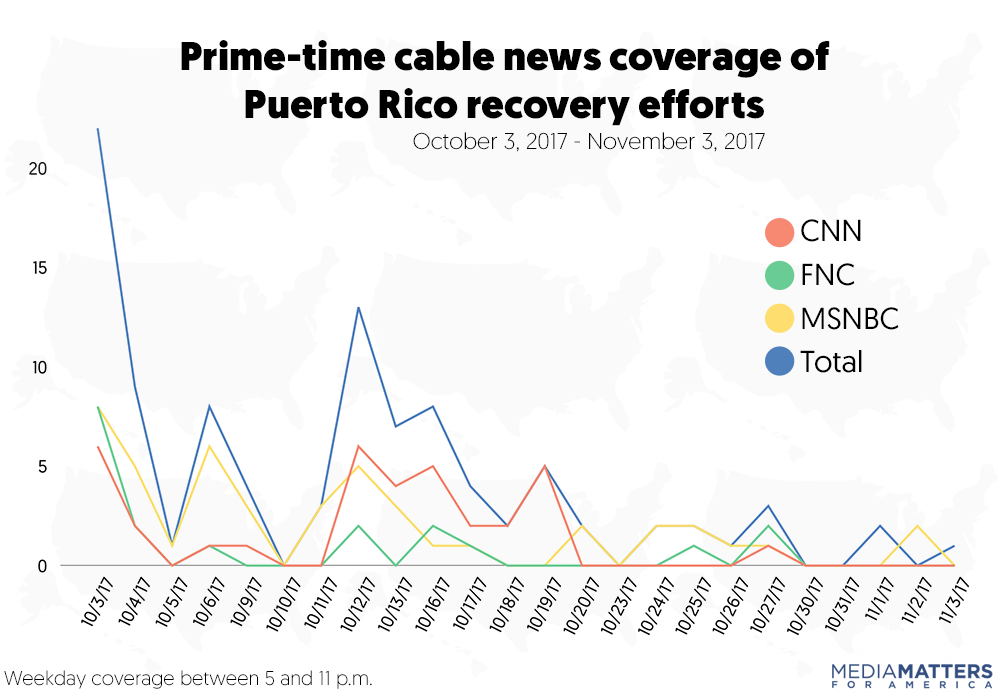 As the mismanaged recovery continued, media largely talked about the ongoing crisis only when a major scandal was reported, and even then the coverage was negligible and quickly faded.
Media should publicize the results of the Harvard study and the woefully inaccurate official death toll, demanding an explanation for how the government hid the magnitude of the casualties. And as the next hurricane season approaches, we need to pay attention to the people who live in Puerto Rico and demand accountability from the government.

There are outliers to this general media behavior which just makes them stand out more;