Debunking McCain's Speech: John McCain Should Never Have Gotten An Award For "Bi-Partisanship"! What A Joke!

Background:
1. John McCain Has Helped Kill Millions Of People And Is Treated With Respect Because He Is Rich & Powerful . Clearly The World In America Is Upside Down!
2. More High Crimes, Misdemeanors & Emoluments Clause (Constitutional) Violations By Trump Enabled By The GOP!
3. Paul Ryan's And The GOP's Economic Treason In A Nutshell
4. Height Of Hypocrisy 6: GOP & Fox News Helps Trump In Obstruction Of Justice Showing They Don't Care About The Rule Of Law!
5.  Height Of Hypocrisy 7: The Executive Order & Dictator/Tyrant Hypocrisy


John McCain is only angry with Trump because he doesn't follow the GOP traditional pattern of deceptive treason. You say a lie or make a scapegoating move (along the decades old and much used Southern Strategy policy of the GOP that works with the Democrats to some degree - "super predator"- and the media as well) but after the lie or scapegoating move, if there is an outcry based on facts THEN you back down - temporarily - and then try again... unless your political strategy calls for you to put party above country and oppose a President for being black (southern strategy) even if he has to go back on his own statements to do it (hypocrite). Trump didn't do that. he lied. Got caught. Lied some more. Then this process continues. The GOP used Trump to pass a bunch of bills based on lies (as per their traditional pattern of economic lies to benefit themselves - not even including 9/11) DESPITE Trump saying all the stuff he's been saying and then they act angry because Trump wasn't able to cover for them in their traditional way as he's too stupid. That seems to be the only problem with the GOP and Trump. Although, a stupid President WAS their primary goal so they could pass their treasonous economic and gun bills. (a scared country is easier to manipulate with fear and fearmongering is the GOP primary strategy in everything... apparently Christians like to live in fear of everything, i.e. apocalypse is very important to them as they desire it so they can get "raptured" - if foreign policy of the last decades is seen as a move towards an American created apocalypse to fulfill some deep seated Christian need, I wouldn't be surprised).

All Trump did was expose the GOP as a party of racists and immoral traitors who happen to be pedophile lovers as well.

I've already railed against the whole hypocrisy of what people are saying about John McCain (and the GOP, well, mostly the GOP but, as you will see, John McCain is just a part of the GOP and any Democrat helping them is as much of a traitors as they are, i.e. being a powerful coward in the face of no danger, only GOP lies, makes you worse than useless).

Debunking John McCain's rubbish speech (its almost as if media is acting like the make a wish foundation and John McCain's wish is for everyone to pretend with him that he's a patriot before he dies!)

On Monday, Sen. John McCain (R-Ariz.) delivered his most biting criticism of President Trump yet. (And that's saying something.) McCain was awarded the National Constitution Center's annual Liberty Medal, an award for bipartisanship, in Philadelphia. He accepted it, then promptly tore into Trump. Here's the full speech, annotated.

Before debunking John Mcains speech I thought I should point our how hypocritical this award is as far as history is concerned. Non-bipartisanship LITERALLY marks the entire 8 years of Obama's Presidency. Anyone who doesn't remember this needs to be investigated more fully. 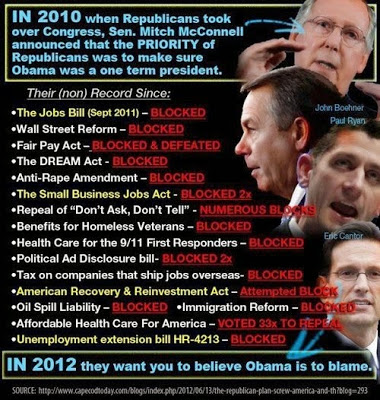 my old, dear friend, for those mostly undeserved kind words. Vice President Biden and I have known each other for a lot of years now, more than forty, if you’re counting.  We often argued – sometimes passionately. But . We believed in the institution we were privileged to serve in.  and to cooperate in finding solutions to our country’s problems. We believed in our country and in our country’s indispensability to international peace and stability and to the progress of humanity. And through it all, whether we argued or agreed, Joe was good company. Thank you, old friend, for your company and your service to America.
John MCain's friendship with Joe Biden makes me suspicious that Joe Biden helped cover up the GOP's 9/11 and misleading Iraq WMD claims. If I am suspicious many others will be certain. That's simply the state of American politics today. 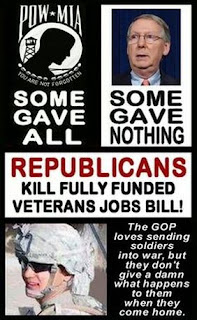 I’ve had the good fortune to spend sixty years in service to this wondrous land. .

That's an understatement to say the least. Here is a short list;

We are blessed, and we have been a blessing to humanity in turn.

Here John McCain should say "white people"(as per his parties easily traceable history). Unless he's counting killing million of people in the middle east as a success. Which he probably is. The CIA broke Iran in 1952 because they were a democracy. Then attacked America on 9/11 and used that to attack to more countries of colored people and mass murder innocent people, destroying their economies and the American economy in the process (does no one remember the GOP's economic successes under Bush? The economy entered a damn depression!). This is just pure rubbish.

This wondrous land has  than the America that existed when I watched my father go off to war on December 7, 1941.

After hiding the fact that America knew the attack on Pearl harbor was coming so there would be immense casualties and thus fierce angry response. A precursor to John Mccain's own enabling (at the very least) of the 9/11 traitors (Gop/Bush/Cheney).

, to abandon the ideals we have advanced around the globe,


for the sake of some  cooked up

All the strategies used by Trump and his "White House" are straight from the GOP. Blaming immigrants for crimes. Something even JohnMcCain has done repeatedly (though temporarily reversing statements when caught in a lie which trump refuses to do). 9/11 and the Iraq War are also perfect examples of the GOP's scapegoating (with media help). Not to mention the entire Obama presidency. (all listed, or linked to, above already)

is  as an attachment to .

The next thing we need to throw on the ashheep of history is "thank you for your service". Vietnam were rapists and baby killers when there was a draft and everyone had to "fight for thier country". Now its "thank you for your service". How do you know any particular soldier didn't rape and kill an entire village? Even if John McCain was tortured for information what could he have told them that they didn't already know? The plan, designed by Henry Kissinger, was simply to bomb and kills millions of innocents as an intimidation tactic. Getting bombed to hell was a daily experience for the Vietnamese as getting raped by American GIs was for the villagers. They probably tutored him for fun.

Now "thank you for your service" is the blanket used to hide the fact that these people aren't protecting us form danger, the danger is the GOP! They are just out killing innocent people who had nothing to do with 9/11 (not even counting Iraq) - at the behest of the guys who did 9/11 - and coming back to undeserved glory. If that isn't enough to drive a nation crazy, I don't know what is (you can see this in the break down of society as mass shootings becomes more common (not even including the increase in terrorism from the GOP's misleading and destabilizing invasions), a result of frivolous and treasonous wars by a party actively attacking America on EVERY front, while being enabled by the media and the Democrats (through silence and politeness not appropriate to Constitution violating traitors - not even including their other crimes), while pushing obvious lies as truth causing a schism in society.

We live in a land made of ideals, not blood and soil. We have done great good in the world. That leadership has had its costs, but we have become incomparably powerful and wealthy as we did. We have a moral obligation to continue in our just cause, and we would bring more than shame on ourselves if we don’t.