Then Stormy Daniels claimed to have texts, photos and videos which caused Trump to physically threaten her. That begs the question... does Donald J. Trump have a sex tape out there that the American People need to know about?

Clearly the affair was real (also see news extracts below)...

Stormy Daniels offers to return he payment for something the guy didn't even sign... 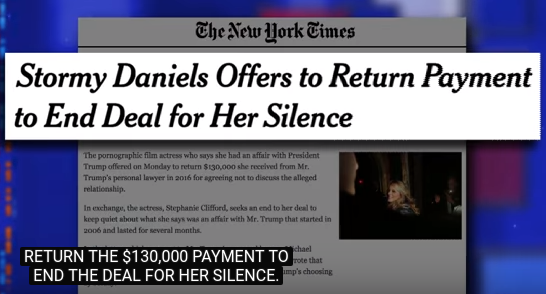 She should have just returned to payment to his lawyer and not asked permission. She has no need to. he didn't sign the contract!


Stormy Daniels wants to publish any text, photos and videos related to her relationship to Trump...

... and since Trump is now a public personality (i.e. he's a public servant employed as "President" of the United States and NOT an independent private businessman) these texts , photos and videos SHOULD be public property anyways!


Get ready for a Trump and Stormy Daniels sextape to hit the net... 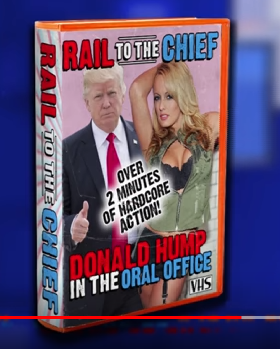 Alternet: Stormy Daniels Appears to Have the Goods on Trump The adult film star's attorney intimates she has texts, photos and possibly video of the president.

Adult film actress and director and likely former mistress of Donald Trump says she wants to return the $130,000 in hush money to Donald Trump and/or his attorney Michael Cohen. She wants the right to tell her story and says America deserves the truth. That offer is going to put Trump and Cohen in a bind. If they refuse the money, they acknowledge they want to keep her silent. According to Daniels’ attorney, her story includes “text messages, photos and/or videos.”

The Wall Street Journal put out a story saying that Donald Trump's lawyer paid an adult film star Stormy Daniels $130,000 one month before the election to shut her up after it came out that he allegedly had a relationship with her while married to Melania. We have been digging, conducting our own investigation and after looking through literally hundreds of thousands of explicit videos we found one that confirms unequivocally that not only did Donald Trump have an encounter with Stormy Daniels, they made a movie together too.


CNN: "Is there anything in the litany of accusations -- you would call them facts -- that surround this case that happened while Donald Trump was President?" CNN's Jake Tapper asked Michael Avenatti, Daniels' lawyer, during an interview Friday.
"Yes," Avenatti replied.
When asked by Tapper if he could elaborate, Avenatti gave a simple "no."
Avenatti had claimed earlier Friday in an interview with CNN's Chris Cuomo that Daniels was "physically threatened to stay silent about what she knew about Donald Trump."

He declined to provide further details about who made the threat during that interview, including whether or not it was Trump or someone associated with him.