10 Incredible UFO Sightings On Video! (2 Confirmed And 8 Unconfirmed) - A Look At Evidence Of The UFO Phenomenon

This post contains 10 videos of UFO sightings. A collection of mainstream media reports on UFOs. Some thoughts on the UFO phenomenon and a debunking of Neil DeGrasse Tyson's random views on the subject.

Confirmed: What sparked my investigation into UFOs... From The NYTimes: Pentagon Releases Video Of UFO Sighted By Airforce Pilots Who Talk About It In Awe...

Confirmed: A UFO caught on a mainstream news channel, BBC... 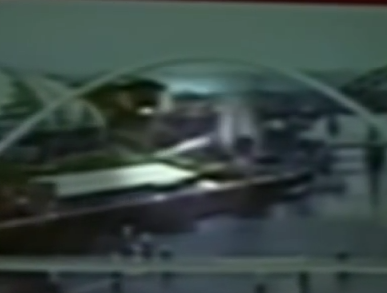 The rest are not confirmed from any official source but seem to be likely UFO sightings given the  mainstream evidence above...

A UFO will often look like a flying disk of light...

Unknown Source. Interesting Footage If It Really Is A NASA Camera:

Astronauts Freak Out As UFOs Fly Past International Space Station


Footage taken from a 30-minute live broadcast from yesterday has appears on alien websites amid claims it shows a startled astronaut as two or three unidentified object appear into view. Scott C Waring, editor of ufosightingsdaily.com, posted the footage on his website. He blogged: "When the Russian astronaut sees the two-three UFOs fly in front of him as he holds the GoPro camera, he totally loses it and fumbles to the right trying to pull away from the UFOs and keep his balance. "Also, notice the two brighter UFOs get frightened by his sudden movement and they both make a 135 degree sharp turn, and head downward.

This video was also published in USA Today...

USA Today: Did NASA deliberately cut a live feed of a UFO?

Update Feb 12 2018: This sighting has been confirmed to be weather satellites from NASA (which may put into doubt the next two videos but I've left it here to show how easy it is to mistake identifying UFO's) - Actual count of UFO videos for this post is probably 7 (sorry, see more here and here) 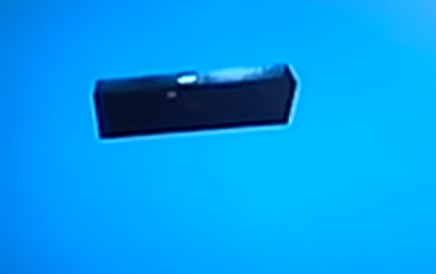 Another cigar shaped object caught by camera over Brazil...

This is incredible footage of many cigar shaped objects leaving earth (if the video isn't fake)...

FBI vault reveals UFO memo: CNN's Brian Todd reports on the most popular document in the FBI's digital reading room: a memo about a UFO sighting.

Ex-UFO program chief: We may not be alone: Luis Elizondo, a former military intelligence official who ran the Pentagon's secret UFO unit, says it is his personal view given all the evidence he's seen that we may not be alone.

Russell Crowe claims he spotted a UFO: CNN's Erin Burnett reports on a video that actor Russell Crowe posted online, saying it was a UFO sighting.

CNN: Former Navy pilot: UFO 'something I had never seen in my life'

CNN: Aliens, flying discs and sightings -- oh my! A short history of UFOs in America

U.S. Navy pilot, Cmdr. David Fravor still remembers the flight in 2004. It was a routine training mission off the coast of California, when he noticed another aircraft moving unlike anything he had ever seen in the air—and looking unlike anything he’d ever seen on earth. “A white Tic Tac, about the same size as a Hornet, 40 feet long with no wings,” Fravor told The Washington Post, describing the aircraft. “Just hanging close to the water.” The smooth flying craft left no wake above the water and began to shadow the actions of Fravor and other pilots, then vanished. A separate crew tracked it and filmed it for 1.5 minutes.


Former Government Official's Video Shows Navy Spotting UFO Off California, Recalls Experience | TIME - A former Navy pilot has opened up about an otherworldly experience he says he experienced in 2004. His testimony comes just days after the Pentagon officially revealed the existence of a secret office investigating the existence of UFOs.


An example of a - dramatic - FAKE UFO sighting & some thoughts;

Here, a huge lightshow, like fireworks but without earthly origin (in the minds of the viewers), sparked fear. Like a big shiny light would scare an ape. People then freak out more by saying fearful stuff to one another and hysteria spreads...

'UFO' spotted over California sparks fear of 'alien invasion' during SpaceX launch ELON Musk has launched his Falcon 9 rocket in the final mission of the year which has been captured in dramatic footage.

Similar episode occurred in the war of the world radio broadcast which, probably, was able to reach a larger "viewership" than normal due to hyped up fear. In both cases it was assurance by authorities that calmed the populace.

Are our visitors trying to get trending videos to get our attention using shock value?...

A common theory for events like this (which very well maybe true for events such as "Phoenix Lights")...

Everything you see in the sky is NOT a #UFO it’s actually #USMilitary #TR3B #antigravity #nuclearpower vehicle .
If u remember the #Phoenixlights this is what it was. There are 3 of these vehicles in operation at cost of 3Billion a pop control by #NSA , #CIA , #NRC pic.twitter.com/MDZUKFPKZ0
— vintage_vegan_ (@vintage_vegann_) January 28, 2018

Sometimes it looks better and sometimes it looks worse, but whenever you can, record what you see in the sky and it seems special to you. They are always up there and when they want to be seen ... You never know ...👽 #UFOs #Ovnis #ufosighting #XFiles #increible#UFOキャッチャー pic.twitter.com/FUoSE07hYN
— Javi Klein (@javiklein) January 25, 2018


Note: Aircraft trails can be mistaken for UFOs as well:

Contrails (/ˈkɒntreɪlz/; short for "condensation trails") are line-shaped clouds produced by aircraft engine exhaust or changes in air pressure, typically at aircraft cruise altitudes several miles above the Earth's surface. Contrails are composed primarily of water, in the form of ice crystals. (Scientific American article on this - Also, there is a right wing, non fact based, conspiracy theory called "Chemtrails" based off this natural phenomenon)

1. Given the examples used, this is a safe explanation, i.e. simply seeing lights in the sky is often seen as space debris or meteors...

2. Here you see a "technician" (not a scientist, i.e. he doesn't explore science with an open mind, he explains already established mainstream science on a television show). Somehow he has managed to use semantics to confuse both himself and his viewers. Its a common problem in the overly intellectual...

This has to be one of the dumbest views or the most intellectual dishonest (or cowardly). Not knowing is a preliminary to true science but when you cant even analyse raw data then not knowing becomes a religious mantra "scientists" chant like holy scripture to blind themselves from the truth of intelligent design. A drone or space craft defying aerodynamics suggests either alien life (with advanced technology from another planet) or a secret government project. If you can't say either then, in this particular case, you just sound stupid.

An example of how silly this guy sounds;

CNN: Tyson explained that by their very nature, unidentified flying objects are, well, unidentified, so a video recently released by the Department of Defense showing a UFO off the coast of San Diego in 2004 doesn't faze him.

Me: Semantics using a word used to identify a beginning of an investigation to muddy the waters like a cynic (i.e. once again, NOT a scientist)

Tyson: "The universe brims with mysteries. Just because you don't know what it is you're looking at doesn't mean it's intelligent aliens visiting from another planet," he said.
Me: Yes, it could be bacteria from poop that has achieved the intelligence to make the leap to flight.

Tyson: "Scientists live in mystery every day of our lives ... People are uncomfortable not knowing, not the scientists. I'm fine. We don't know what it is. Keep checking it out."
Me: He's so comfortable with not knowing I don't even thinks he wants to know anymore... unless an alien kissing him on the cheek, sat down and fed him, he simply wouldn't believe it. That is one close minded fool!

Tyson: As for the intrigue surrounding why the Pentagon would be studying UFOs if there are likely no aliens steering them, Tyson said, "It's a flying object and we don't know what it is. I would hope somebody's checking it out!"
Me: If Tyson believed it was a government project of some kind he could have said so. So... his whole argument is really an embarrassment for the human race as far as intelligence is concerned.


Thoughts: Our scientists explore the universe, always looking outwards with no expectations of contact, like a species that knows it can never make contact with other planets but HOPES to do so. So while we have multiple radios focused towards the heavens and are making multiple attempts at contacts with beings on other worlds (with the expectation that we won't see results in our lifetimes)... we have 0 resources dedicated to sending out welcome messages to aliens that are already visiting us! Can you imagine you visiting someones house and everytime they look at you they run away DESPITE the fact they sent you a message to make contact in the first place? That's surely what it must be like to our alien visitors who will view our species as a whole rather than a few "educated idiots" sending out messages to aliens that they expect never to be responded to in their lifetimes. Can you imagine how stupid we must look as a species when our scientists send out messages, our military doesn't stop them and then no one has any hospitality to say hello? Or even believe they exist? Cover it up in such a way we look like a species of fools? (We try to contact alien civilizations all the time and then forget about it - another contact (?) example here)

The following page seeks to, unofficially, welcome our guests from the heavens and provide them information about our culture. An aliens travelers information center if you will, for example...

The Mission Of My Facebook Page, Welcome Alien Visitors:

UFO's Have Been Confirmed It's Time To Set Up A Permanent, Official, Civilian Welcoming Committee, i.e. While SETI SEARCHES For Extraterrestrial Life In The Outer Reaches Of Space, We Need A Separate Civilian Foundation With Scientists And The Works To WELCOME Any Actual Visitors To Earth (for which there is a ton of evidence but we still need more official and mainstream news videos)

Details: We need to be welcoming out visitors with regular, polite and helpful, messages from some established "brick and mortar" station. With good information about our culture as a whole which this page will help with. Also, we need to change our perspective from one of hopeless isolation "alone in the universe" to one of being one species amoungst many and the politeness and civility such a position would entail.