Background:
1. Trump, Hannity, And The Pedophile Brigade
2. From Being Pro-Child Rape To Stealing A Conspiracy Site's Explanation For His Yearbook Signing... All Evidence Points To Roy Moore Being A Pedophile

The Secret Right-Wing Donors Behind James O'Keefe's Vile Project Veritas No disastrous sting operation is complete without the Koch brothers or a DeVos.

Donors Trust, and to a lesser extent Donors Capital Fund, have provided Project Veritas with millions of dollars since its founding in 2010. Both groups are financed by foundations run by wealthy conservative mega-donors such as Charles and David Koch and the Bradley and Searle families. In 2015, Donors Trust and Donors Capital Fund combined to give Project Veritas close to $1.5 million, about 40 percent of its overall revenue that year. The Knowledge and Progress Fund, a nonprofit directed by Charles Koch and other family members and close associates, gave a single, $5.2 million donation in 2015 — to Donors Trust. That year, the fund pulled in a total of $82.1 million — including $725,000 from the Searle Freedom Trust, $115,000 from the Charles Koch Foundation and $30,000 from the Bradley Foundation — and gave out $68.3 million in grants. In 2016, the Charles Koch Foundation stepped up its funding of Donors Trust significantly, donating over $700,000. 2016 tax records for many major conservative foundations including Donors Trust are not yet publicly available. Donors Trust funders also include the Richard and Helen DeVos Foundation (the in-laws of current Secretary of Education Betsy DeVos), the Philanthropy Roundtable and the John William Pope Foundation.

Why James O'Keefe isn't going away He is widely seen as a ridiculous doofus. But he hits his target enough for his wealthy donors who want to destroy journalism. Duration: 7:29

The dumbest attempt yet to discredit Wash. Post's Roy Moore investigative report (yes, Jim Hoft is involved) Far-right sites defend Roy Moore based on tweet claiming a woman was offered money to make accusations against him -- which came from an account that's made a similar claim before

Right-wing websites are hyping the absurd claim of a user on Twitter that The Washington Post offered to pay an Alabama woman to say that Alabama Republican Senate candidate Roy Moore had engaged in sexual misconduct. The account -- which goes by the name “Doug Lewis #MAGA” and has more than 17,000 followers -- previously made a nearly identical unfounded accusation involving The New York Times and the Los Angeles Times in September 2016.


On her radio show, Fox's Laura Ingraham casts doubt on Roy Moore molestation report Ingraham: "I received a lot of emails and a lot of tweets from you last night saying, and I see your point, just because The Washington Post has decided to take someone out, don't jump on the grave prematurely. Don't usher someone into a grave.


LAURA INGRAHAM (HOST): And now a new allegation against Roy Moore. This is a 38 year old -- the one that’s the most disturbing of all of the charges is something that allegedly happened in 1979. And he's been in office, a friend of mine said to me last year, 40 years. So it is a little curious why [Washington Post owner Jeff] Bezos sends a band of reporters down there to Alabama to find out what happened in 1979. To me that's a little -- I don't know, we'll see. If it, obviously, if that is true, that he was essentially feeling up a 14-year-old when he was 32, I don't care if you're in Alabama, that's just completely unacceptable and he should not be in politics.
RAYMOND ARROYO: Troubling allegations.
INGRAHAM: Never should have -- never should have been in politics. But I received a lot of emails and a lot of tweets from you last night saying, and I see your point, just because The Washington Post has decided to take someone out, don't jump on the grave prematurely. Don't usher someone into a grave.

Previously:
Fox's Gregg Jarrett: "I am suspicious" of allegations Roy Moore molested a 14 year-old "because of the source, The Washington Post"
Hannity defends Roy Moore against Wash. Post report he molested a child: "It's he said, she [said]"
Fox guest attacks woman who spoke out about Roy Moore, saying that at 14 years old she was “basically incorrigible”
Fox & Friends spent less than 4 minutes on Roy Moore


A standard Trump tactic proving Roy Moore is lying: Moore denied the allegations, saying the charges were a "desperate political attack by the national Democrat Party and The Washington Post." In a subsequent statement, Moore's campaign called the allegations "fake news."


Fox anchor falsely claims Sean Hannity called for Roy Moore to step down after sexual assault reports Hannity: Moore is "suffering the same treatment other Republicans have had to endure"


Here's what Sean Hannity was "clear and unambiguous" about regarding Roy Moore Hannity suggested the women might be lying, claimed The Washington Post hates Republicans, and implied the "establishment" was out to get Moore


CHRIS HALL (HOST): We already know that politics is badly polarized in the United States. Does this mean that the media now needs to, the mainstream media, if I can call it that, needs to be even more vigilant itself about how it deals with these kinds of stories, and is there a way to prevent what [is] essentially is misrepresentations by people in order to try and plant stories?
MATT GERTZ: Well, I think it's always important to use the most rigorous methods possible, for media outlets to be forthright about the work that they do, and to explain the work that they are doing [do] to their audience as best they can. I do think that to some extent this is not a soluble problem, that there are people like James O'Keefe who no matter what the media does, will continue to push these sorts of smears and lies about the press and that there isn't really a way to get around that problem. It's in their interest to do so, they have an audience because they’ve managed to convince them that the rest of the press cannot be trusted and because of that it is very hard to turn that around. Related:

A woman approached The Post with dramatic — and false — tale about Roy Moore. She appears to be part of undercover sting operation.​
Previously:
The sinister screw-ups of James O’Keefe
James O'Keefe's October Surprise Shows He's Still A Hack, Not A Journalist
The Deceptive Edits In James O'Keefe's Fracking Hit Job

JOURNALISM AT ITS FINEST: INSIDE THE PROJECT VERITAS PLAYBOOK - Jordan looks at how Project Veritas borrowed his own tactics to set a trap for the Washington Post. 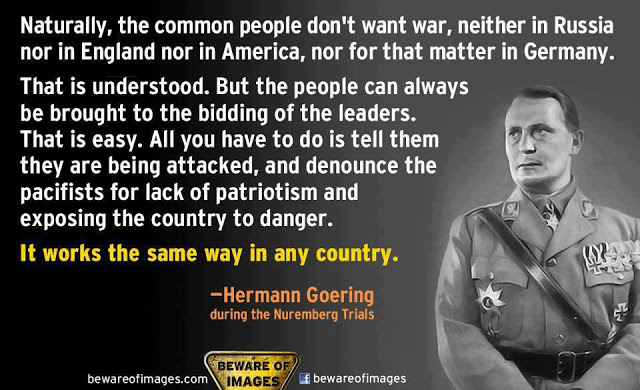