Unofficial Fox News Policy: Be POLITE While You Lie To Help With Economic Treason, Murder & Terrorism... It Gives You Credibility

5. The Republicans Killed The Paris Climate Accords (Betraying America & It's People) For Over 10 Million Dollars!

TEMPEST IN A TEA PARTY - NATIONWIDE TAX PROTESTS With the advent of tea party protests, Fox News becomes the new proud voice of the people's revolution.


It was a great success according to the events organizers... 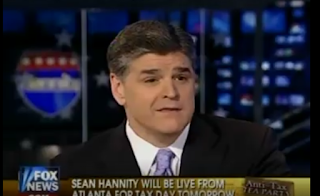 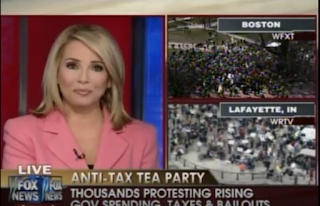 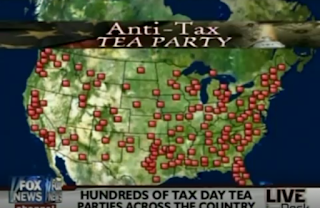 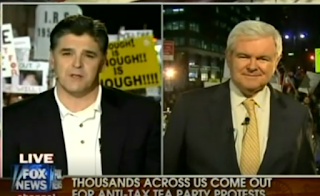 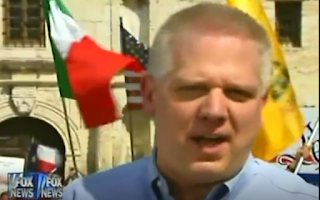 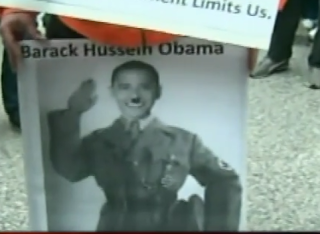 TAX ATAX Glenn Beck holds his tea party in the only location that makes sense: the Alamo. 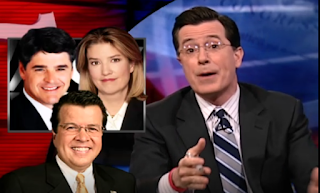 CLASH OF THE TEATANS Tea Partiers have to get away from the Republicans if they want their Hitler-Obama signs taken seriously. 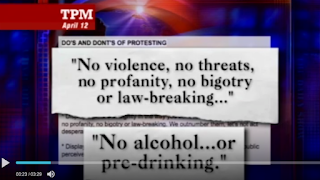 The strategy they use is drawn from this interview;
﻿Exclusive: Lee Atwater’s Infamous 1981 Interview on the Southern Strategy The forty-two-minute recording, acquired by James Carter IV, confirms Atwater’s incendiary remarks and places them in context.


It has become, for liberals and leftists enraged by the way Republicans never suffer the consequences for turning electoral politics into a cesspool, a kind of smoking gun. The late, legendarily brutal campaign consultant Lee Atwater explains how Republicans can win the vote of racists without sounding racist themselves:


You start out in 1954 by saying, “Nigger, nigger, nigger.” By 1968 you can’t say “nigger”—that hurts you, backfires. So you say stuff like, uh, forced busing, states’ rights (punks, thugs, etc.), and all that stuff, and you’re getting so abstract. Now, you’re talking about cutting taxes, and all these things you’re talking about are totally economic things and a byproduct of them is, blacks get hurt worse than whites.… “We want to cut this,” is much more abstract than even the busing thing, uh, and a hell of a lot more abstract than “Nigger, nigger.


3. So... Tea Party supporters called for bombings but did so POLITELY... 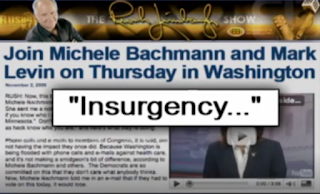 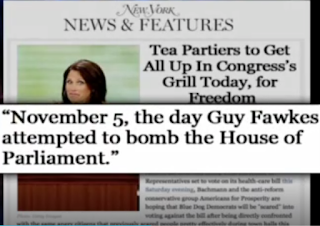 4. Other links to right wing terror attacks from the ridiculously polite traitors (its the ideas and ideology that matters and not the words themselves!)...


More killing with rhetoric with no consequences: Domestic Terrorism over a GOP wedge issue (something they use to try and inw elections with by creating divide, i.e. "wedge" issue): 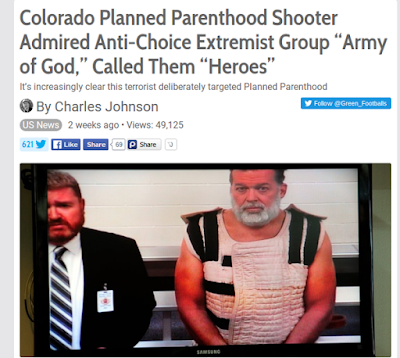 Since the above the planned parenthood shooting happened, clearly, inspired by another Fox News personality, Carly Fiorina (who used a standard Fox News tactic in defense as the Nazi example above in the Dialy Show video)
CNN;
Media Matters Commentary: Chris Cuomo: It "Seems As Though" The CO Shooter "Was Influenced By Some Of The Rhetoric ... That Painted A Very Ugly Picture, An Unfair One, About Planned Parenthood" - CNN's Cuomo To Carly Fiorina: The Planned Parenthood Smear Videos "Were Edited. You Know That"

A result of the GOP & Fox News of the Southern Strategy...

Dylann Roof confesses in tape, letter Dylann Roof wasted no time confessing to the massacre at Emanuel African Methodist Episcopal Church, according to an FBI video shown at his murder trial in Charleston, South Carolina.Source: CNN 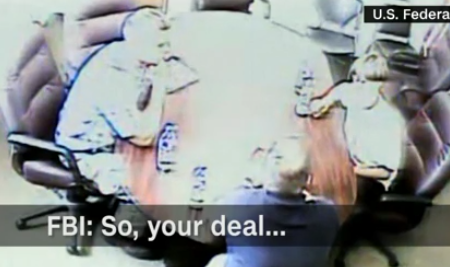 Links to provide all the contextual evidence needed to determine that Fox News & the "Conservative Movement" (a movement based off lies like the Nazis) is basically a home grown terrorist media propaganda arm;
Business Insider: STUDY: Watching Only Fox News Makes You Less Informed Than Watching No News At All
Salon: Nothing new about Donald Trump's bigotry: He's just an amplified version of what outlets like Fox News peddle every day
NY Times: Last week, none of the three major cable news networks -- CNN, Fox News, or MSNBC -- carried Mrs. Clinton's speech to a workers' union in Las Vegas, where she debuted sharp new attack lines against Mr. Trump. Instead, each chose to broadcast a live feed of an empty podium in North Dakota, on a stage where Mr. Trump was about to speak.

This is what Fox News looks like when they try and deny what they have done;
Fox News & Megyn Kelly Denying They Use Inflammatory Rhetoric ("Nazi") & Stewart Proves Them Wrong here:

Here is the community that Fox News rhetoric has fostered; (See the collected hate speech here) 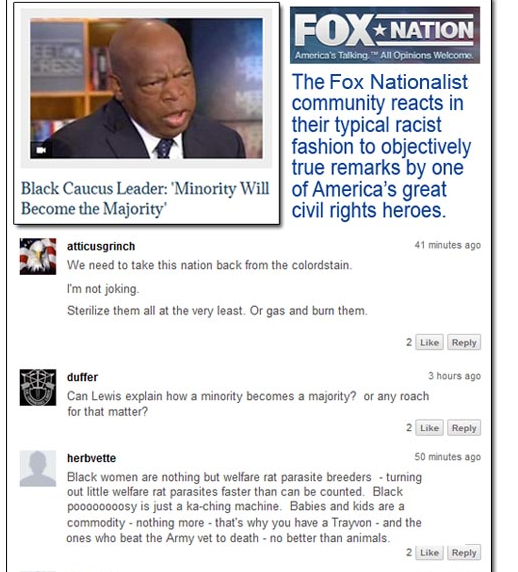 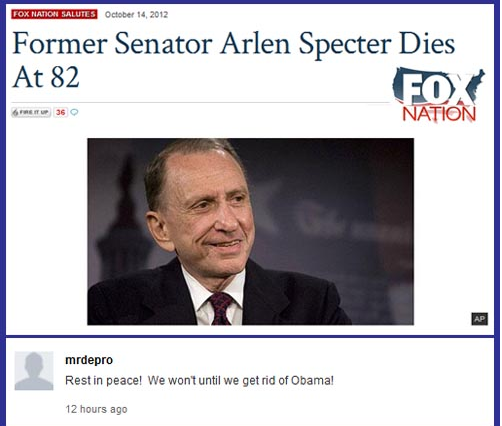 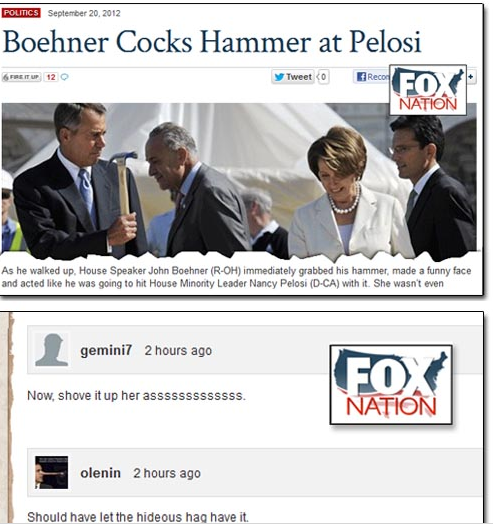 Here are some other right wing murder cases which can be linked to the inflammatory rhetoric by Fox News;
Domestic Terrorism over a GOP wedge issue (something they use to try and inw elections with by creating divide, i.e. "wedge" issue): 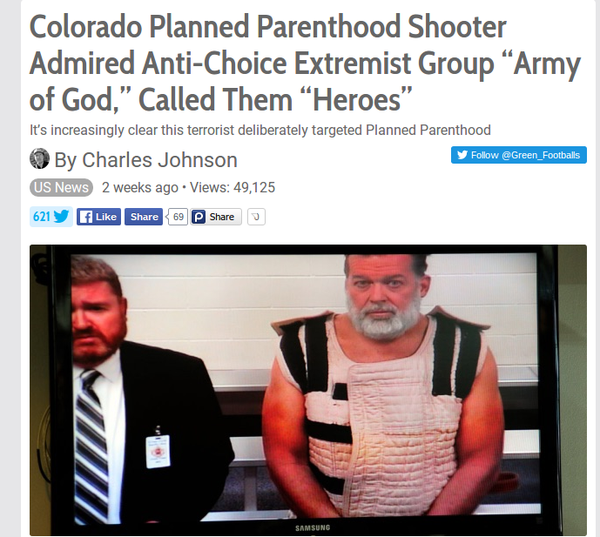 After last month’s attack on a Planned Parenthood clinic in Colorado Springs, Colorado left three people dead and nine more wounded, information about the suspect’s anti-abortion ideologyquickly emerged. According to recent reports, the man arrested in the killings, Robert Dear, asked for directions to the clinic on the day of the shooting and told investigators, “No more baby parts” in the aftermath of the attack.
Despite evidence to the contrary, House Homeland Security Committee Chairman Michael McCaul (R-TX) said on ABC’s This Week that he did not believe the shootings constituted terrorism. “It’s, I think, a mental health crisis. I don’t think it would fall under quite the definition of domestic terrorism,” he said, though he noted he would “leave that to the Justice Department to make that determination.”
Others, including Planned Parenthood, Colorado Gov. John Hickenlooper (D), Colorado Springs Mayor John Suthers (R), and even former Gov. Mike Huckabee (R-AR) took the opposite view, calling it “domestic terrorism” and “absolutely abominable.”
The attack came just two days after NARAL Pro-Choice America and more than 100 other organizations and providers wrote to the U.S. Department of Justice to ask that anti-abortion violence be officially treated as domestic terrorism. They noted that the legal definition of domestic terrorism includes any criminal act dangerous to human life that is “intended to intimidate or coerce a civilian population” or “to influence the policy of a government by intimidation or coercion” — a definition that seems to very clearly include the Colorado Springs shooting.

&
Right-Wing Terrorists Are Killing More Americans Than Jihadists Are, And Now The DOJ Will Act
The Department of Justice (DOJ) has created a new post to fight domestic terrorism. The new position will coordinate investigations into a phenomena that has killed more Americans than foreign terrorism since 9/11.
The DOJ did not say who would take the new role but said that the position’s responsibilities include assisting federal prosecutors working on domestic terrorism cases.
In recent years, the U.S. government’s counterterrorism policy has largely focused on Islamist radicals. This is largely a reaction to the 9/11 attacks. Meanwhile, attacks from right-wing radicals have largely been overlooked by officials. This is despite the fact that attacks from rightwing radicals have led to more deaths than “homegrown jihadists” since 9/11, according to the Southern Poverty Law Center (SPLC). In fact, since the twin towers were hit, self-proclaimed jihadists have killed 26 people in the U.S. whereas rightwing radicals have killed 48, so says statistics provided by the New America Foundation.
Army Vet kills 12 (cause he probably thought they were Muslim, i.e. a terrorist inspired by Fox News rhetoric on Muslims which they embedded in the population over years. The Nazi insignia are a dead giveaway. i.e. all Nazi's vote Republican): 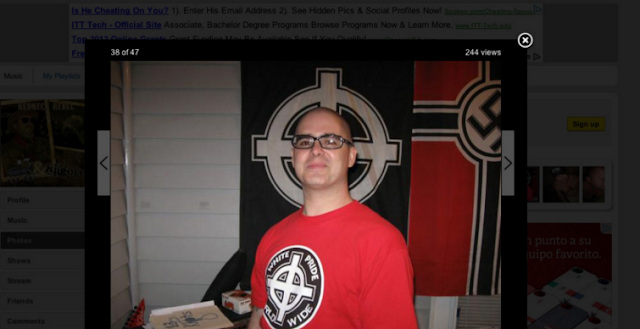 Newtown Shooter Adam Lanza (also killed on the scene) was an NRA member: 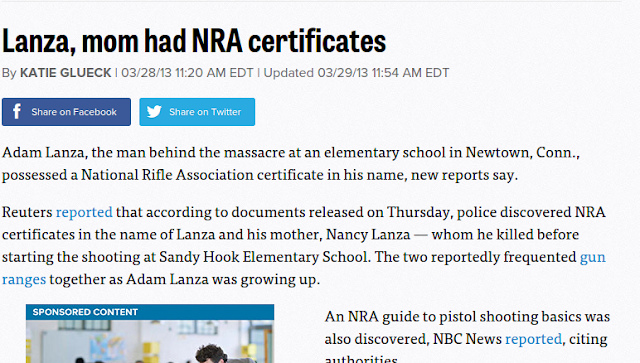 Yet Fox News & GOP continue to focus on inflammatory rhetoric unhindered for years;

Fox News did it again with the San Bardino shooting and faced an interesting cultural backlash; 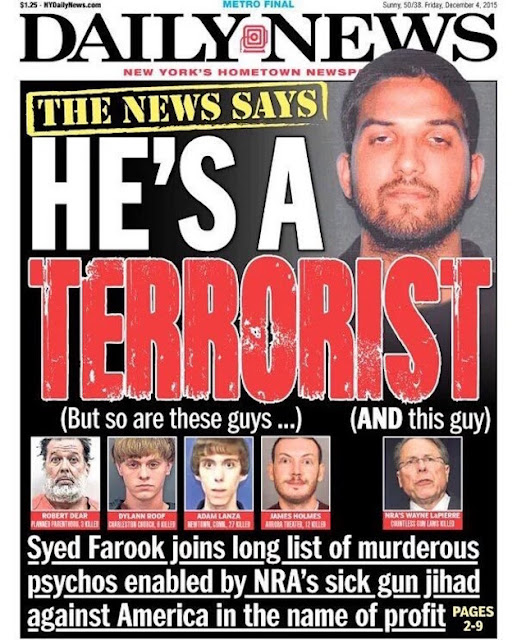 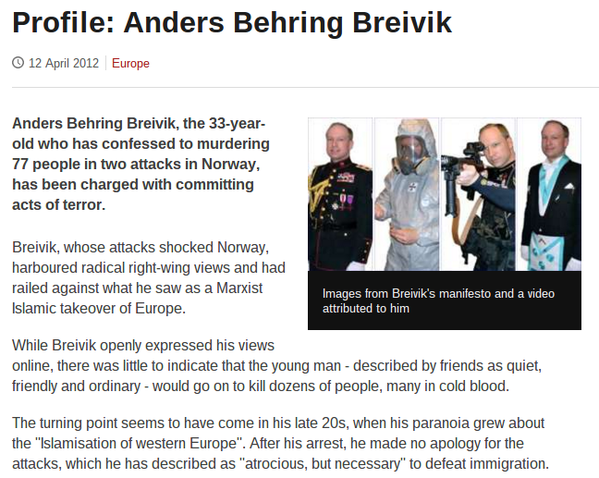 Fox News Response To Right Wing Christian Terrorist (clear hypocrisy and intent to do harm is revealed in the contrasts);

The Strange & Unusual Smear Campaign Against Muslims & Islamic States
GOP Politician With A Record Of Supporting Terrorism & Still Holds A Government Post (Interesting blind spot? Or One Of The Sources For Fox News Immunity To Being Arrested For Terrorism?):

NY Times: For Lawmaker Examining Terror, a Pro-I.R.A. Past 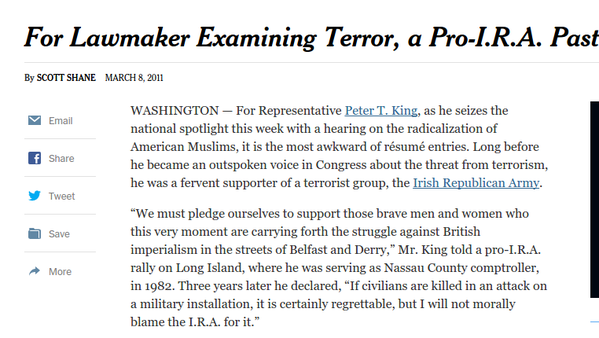 Recently a guy making terrorist like rhetoric was arrested; 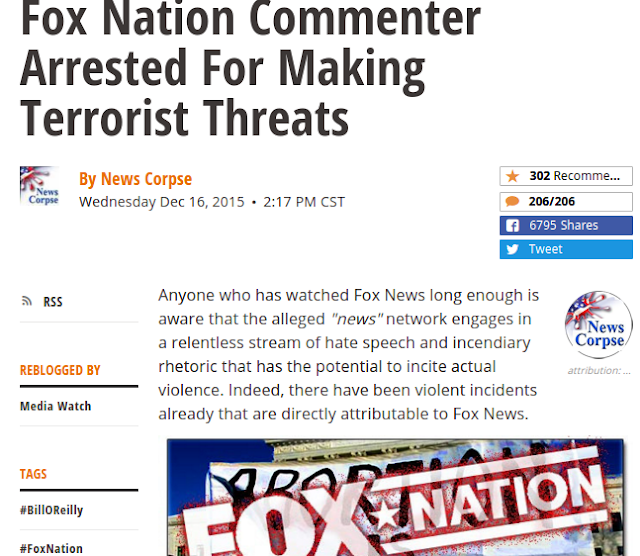 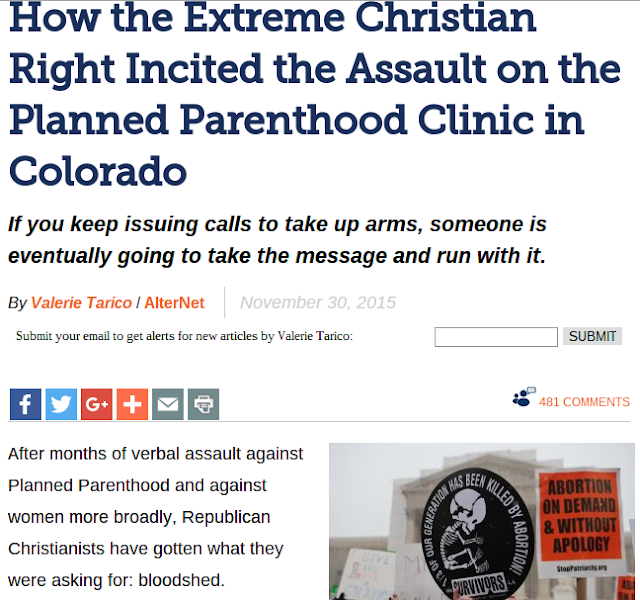 Yet Another Link To Terrorism By "Conservatives":

Notice all the right wing terrorism above then notice who the targets tend to be. Then take a look at how "conservative" news media owned by Rupert Murdoch painted ALL liberals as "Nazis" till it became so normal as to be Trump's key to winning, i.e. the beliefs that the GOP & Fox News THEMSELVES planted in thier subjects.
Glenn Beck demonizing liberals - Documented here: