Background: Trump's conflict of interest (the money angle): The Case For Impeaching The Trump Administration For The Emoluments Clause And Other High Crimes And Misdemeanors

Obviously Trump's plan is to milk the Presidency for as much as he can get away with and the GOP are helping him with that providing they pass thier bills.

Proofs: Fox News & GOPs Growing Tradition Of Hypocrisy: The Ultimate In Dictatorship Ass Kissing & Betrayal Of The Country With Lies (recently they've been praising him like Kim of North Korea's generals AND people do! A clear sign of what we are dealing with)


That's why Trump went back on his campaign promises, clearly making money trumps any oath to the constitution of loyalty to the country.

Proofs: Trump & The GOP's War On Children And The Poor ... And The Sort Of Cons They Are Pulling (With Comedians Stephen Colbert & Jon Stewart)

The funny thing is that Trump has now proven that fascists and dictators CAN take over the country and keep power. That's good to know.

Here is Mitch McConnell's strategy, Trump is currently using, that we should be aware of;

Chris Hayes explains the ‘shameless’ McConnell doctrine ‘In an era of extreme polarization and weak institutions, you can get away with whatever you’re shameless enough to pursue,’ says Chris Hayes. Duration: 1:29 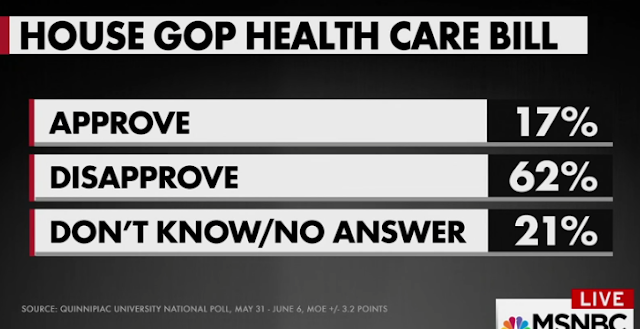 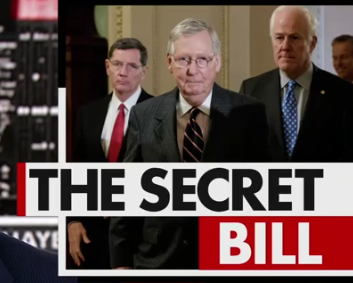 Note: There is one difference between Nixon & Trump...

Nixon didn't have an entire media channel, and party with all the signs of personality worship as in North Korea, defending him... that the rest of the media avoids and even helps in certain situations. Anything could happen.

Resource: New Study: Conservative Media Is An Echo Chamber That Increases Partisanship Vox Highlights Study: "Republicans Rely On A Media That Is More Likely To Echo Their Partisan Biases, And Democrats Rely On Media That Does Not Pick A Side"

Notes: Mitch McConnell came up with this tactic and has been using it effectively for years to wage war on the economy which has grown significantly (from the GOP's depression of 2008) DESPITE his efforts to stall it...
ARMADEBTDON 2011 - MEN OF A CERTAIN RAGE JULY 14, 2011 - Republicans abdicate the "doing s**t" part of debt ceiling responsibility to Obama, but retain the "complaining about the guy doing s**t" part for themselves. (3:29)
1. "I would advocate that we pass legislation giving the president the authority to REQUEST of us an increase in the debt ceiling that would take us past the end of his term" - "that [legislation] would be subject to disapproval. That resolution of disapproval, if passed, would then go to the president, he could sign it or he could veto it." - McConnell - Theme: Passing legislation to 'disapprove it later.
2. "The reason default is no better idea today than when Newt Gengrich tried it in 1995, is it destroys your brand [i.e. America's credit rating] and would give the president the opportunity to blame Republicans for bad economy" - Defaulting was seriously tried by Newt in 1995.
3. "Look, he owns the economy. He's been in office almost 3 years now and we refuse to let him entice us into co-ownership of a bad economy" McConnel - The co-ownership is referring to the United states economy.
Important Republican Party Position: McConnel admits that making sure Obama is a one term President is his primary political goal. This means that the worse the economy is the better chances are that Obama will be a one term president.
At one point, McConnell said: "I have little question that as long as this president is in the Oval Office, a real solution is unattainable." In an interview with CBS News, the president noted that McConnell has described his major political goal as making Obama a one-term president.
i.e. He won't negotiate or help the country IN ANY WAY as long as Obama is in office IS the basic GOP political strategy since Obama took office... what do you think he will do now? Suddenly start helping the country despite his history?