The Republicans Killed The Paris Climate Accords (Betraying America & It's People) For Over 10 Million Dollars!


Documenting Trump abandoning the Paris Climate agreement on the advice of GOP people who took over 10 million dollars collectively to lie to the people.

Republicans don't care about America or the American people... all they care about is the desires of thier rich donors (bribery is legal now, and Republicans have no issues flaunting their corruption, especially with Fox News by the Australian born Rupert Murdoch always there to have their back against America and the Constitution and helps them betray the country and the people with bribes of various sorts as one would expect from traitors... & how did a non American get so much power to influence the population with lies? Apparently Reagan bribed him so he could him with the GOP's onslaught of treason on America);

Mayor Levine: Republicans controlled by fossil fuel industry Miami Beach Mayor Philip Levine discusses with Alex the various ways his city is planning to -- and already is -- cope with the effects of climate change and rising sea levels. Duration: 3:0

A list of corrupt politicians betraying the country and the people for a boatload of cash made legal by their party's influence in the Supreme Court;

IS AMERICA GOING TO S**T? Jim Jefferies explains why it's not a good thing that he knows the name of every member of the Trump White House.


Trump pulls U.S. out of Paris climate deal What does it mean for the world's second biggest carbon emitter to abandon the most ambitious global effort to do something about climate change? Duration: 7:36

Matthews: Trump decries science for votes Trump talks about "re-negotiating" a new climate agreement. We get 195 countries to agree to a change so that we, the United States, can join the effort? Duration: 1:52

Bill Nye: You can’t build a wall around carbon emissions The Science Guy joins our MSNBC panel and says the best use of our resources today is to consider how generations will be impacted by climate change. Duration: 0:36

As Oliver explains, the only way to make the "climate change debate" accurate (if media manipulation to the debate were removed - which nowadays is only Fox) is to use representative samples rather than the tradition of using one person = one view no matter who that person is or how many credentials they lack... 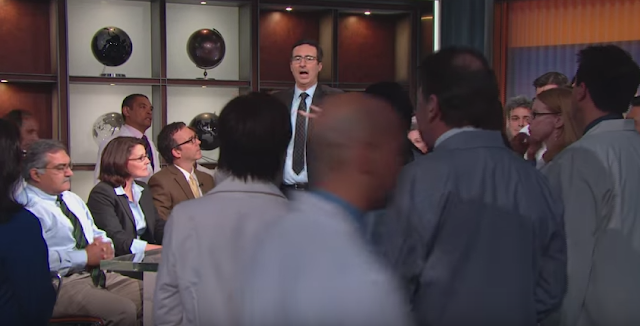 He gets the three people (to represent 3% of the population) that media (fox) amplifies to pull this con.


To illustrate the dichotomy one of the non-experts who has a weird view based on no science says his view (like a religious person might argue the earth is flat when Galileo was around)... 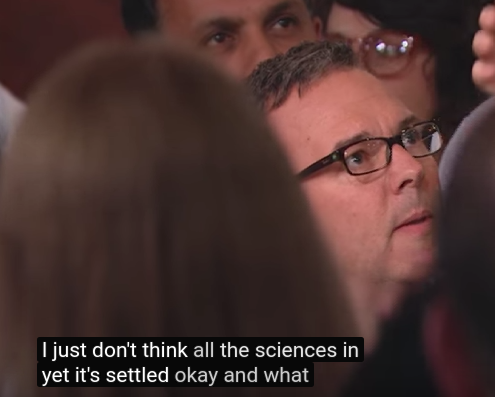 Then Oliver turns to the EXPERTS (the professionals with degrees, who spend their lives studying this phenomenon) and gets an almost unanimous agreement that the scientific evidence for human caused climate change is very real indeed... 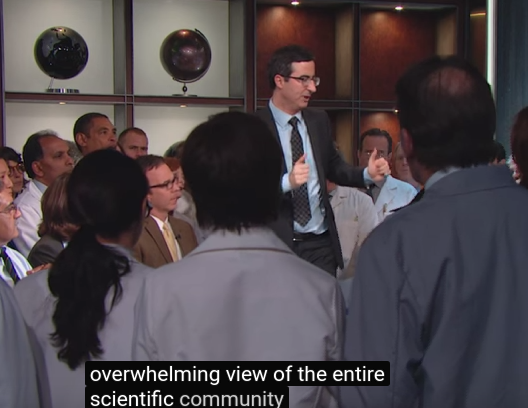 Believe it or not...this is the transcript of an actual radio conversation between a US naval ship and Canadian authorities off the coast of Newfoundland in October 1995. The Radio conversation was released by the Chief of Naval Operations on Oct. 10, 1995.


Note: Infowars is using the same tactic as Fox News & The GOP, i.e. finding one quack to base policy off of rather than the rest of the professionals in the entire profession