Kimberly Guilfoyle makes a statement about Democrats that clearly describes the GOP...

Fox’s Guilfoyle: Democrats oppose everything except “the abuse of women, and children, and gays”

The following comment essentially describes Fox News & the GOP (the hypocrisy is so thick you could cut it with a knife... or if media stopped being silent while GOP mouthpieces spread lies and slander it could stop as well);

GUILFOYLE: They're against everything except sharia law, and the abuse of women, and children, and gays. I mean, that's so far.

This is easy to debunk. Observe...

Of course this is a GOP pattern, i.e. supporting abuse of women...

Rick Santorum on abortion: A child conceived through rape should be accepted as a 'gift from God'
Mitt Romney On Abortions (For and Against!)

Maybe its because the GOP likes to keep women in check?...
WASHINGTON — When the House votes Thursday to reauthorize the Violence Against Women Act, ending a drawn-out fight over whether some groups should be afforded protections under the bill, the measure will likely pass with a minority of Republicans supporting it. In a House led by a Republican conference at odds with itself, which includes a sizable ideologically motivated bloc inclined to oppose almost any major legislation, this dynamic might be the new normal. On Wednesday, Rep. Jason Chaffetz said House Republicans "always saw this on the horizon" and had accepted that the Senate bill would ultimately come to a vote — even though the majority of House Republicans oppose protections for LGBT, Native American, and immigrant women included in the Senate version.

By now, most Americans know that Congress reauthorized the Violence Against Women Act (VAWA) on February 28, giving the government the resources to better investigate, prosecute, and stopviolent crimes against women. Lawmakers have proudly announced that they helped pass the law—in some cases even when they voted against it.

Representative Jeff Fortenberry (R-NE) was one of the 160 Republicans who voted against the reauthorization of VAWA. Prior to that, he had voted for a GOP version of the bill put forth in the House, which gutted key protections for Native Americans, members of the LGBT community, and undocumented immigrants. The bill was rejected by the House. Nevertheless, Fortenberry issued a statement on February 28 suggesting that he supported both versions of the bill, according to screenshots from his official website obtained by Mother Jones. Later that day, after his office started receiving criticism of his statement, Fortenberry changed the statement to more accurately reflect his actual vote. Here is what was changed and added, marked up in red:

Last Report: After proposing a non-starter version of the Violence Against Women Act, House Republicans are backing down and signaling that they will clear the way for a vote on the bipartisan Senate version of the bill, which includes expanded protections for LGBT women, Native Americans, and undocumented immigrants. 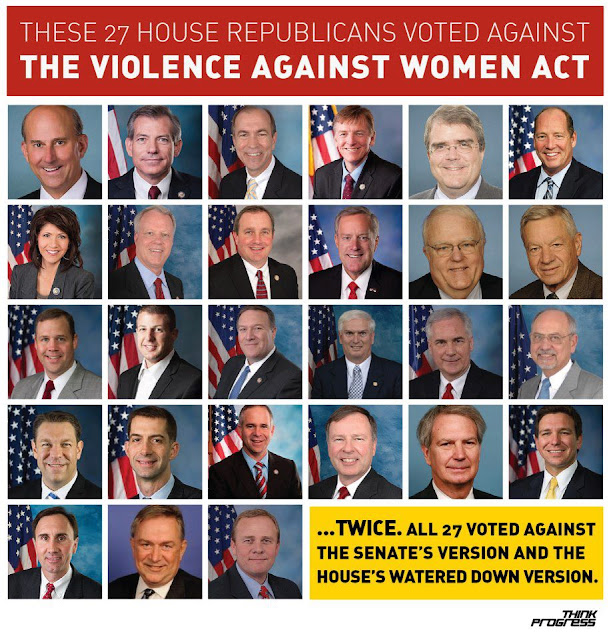 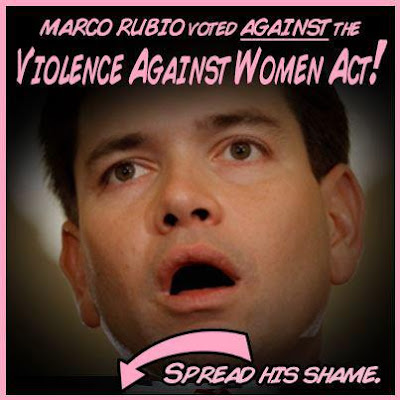 Abuse of children is ALSO encouraged by GOP policies in GOP states... 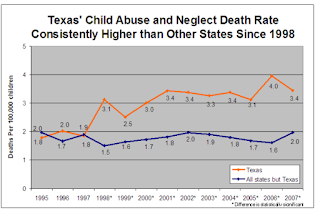 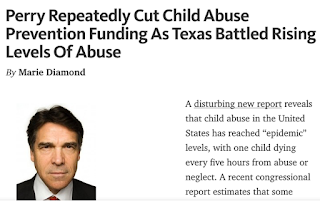 In fact, it looks like she could even be taking my facts (about abuse against women and children in GOP policies) and throwing them back at the left as the right doesn't require facts just blabbering.

Clearly Kimberly is using the tactic from Teen Witch;

Thus taking all truths abut them and framing the left with it.

Related post: The Rights War On The Left (Blaming The Left For Everything Is A Standard Tactic Of GOP & Fox News)
Posted by Abe at 6:35 AM