This post illustrates the supreme hypocrisy Fox News is showing... making it clear they were never a real news organization and there is something very wrong with America to have a fake news channel as big as Fox News on TV day in and day out.

MOSCOW IN THE MEDDLE - PRESIDENT TRUMP CAN'T BE TRUSTED WITH SECRETS 5/16/17 Trevor breaks down how President Trump has put national security in jeopardy by relaying classified foreign intelligence to Russian officials.


Notes: Here you see despite all Obstruction of Justice and even threats by the Trump Administration...

Fox News takes its, seriously bullsh*tty, defense of improper behavior of a public official to a whole new level... 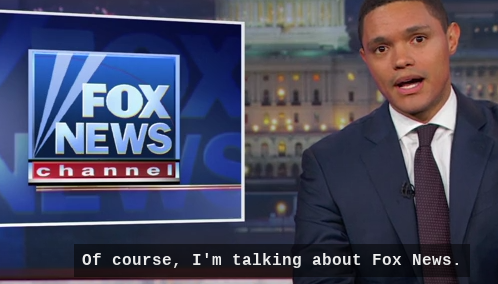 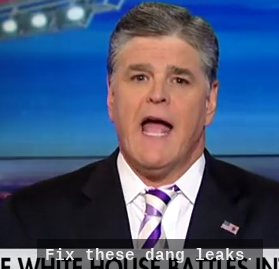 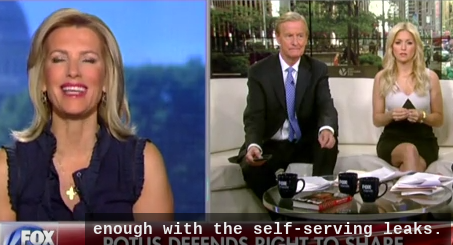 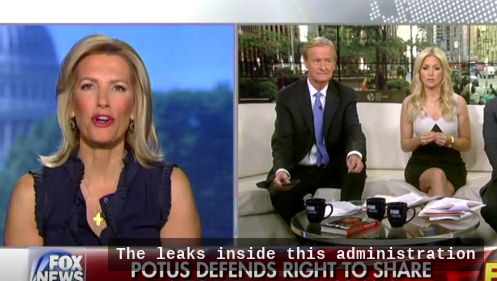 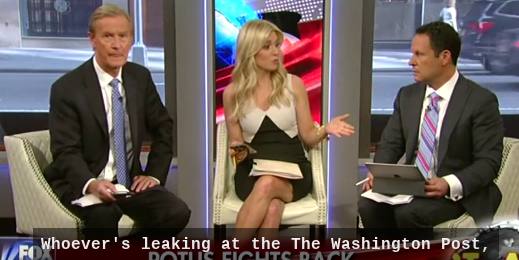 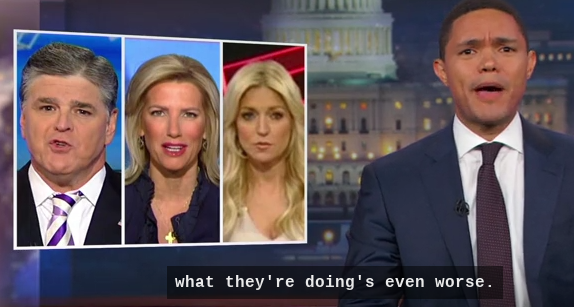 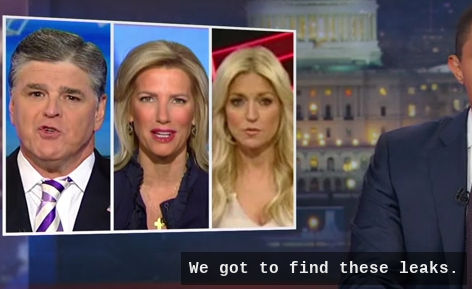 Hannity's hypocrisy is extreme and easy to document. Jon Stewart tears Hannity to pieces in the following video (media would do well to learn from him);

"But the Republicans appear to have a very clear plan for America. They articulated it throughout the convention. One: Jail your political opponent. Two: Inject Rudy Giuliani with a speedball-and-Red Bull enema. And then three is spend the rest of the time scaring the holy bejesus out of everybody."
Stewart then focused his fury on Fox News host Sean Hannity, who Stewart referred to as "Lumpy." Since the 2008 election, Hannity has criticized Obama for being elitist, narcissist, authoritarian and not a true Christian, yet the host praises Trump even if he checks all of those same boxes.
"Either Lumpy and friends are lying about being bothered by thin-skinned, authoritarian, less-than-Christian readers of [Teleprompter] being president, or they don't care, as long as it's their thin-skinned, prompter, authoritarian, tyrant narcissist," Stewart said of Hannity and Fox News.
"You just want that person to give you your country back, because you feel that you are this country's rightful owners. There's only one problem with that: This country isn't yours. You don't own it. It never was. There is no real America. You don't own it. You don't own patriotism. You don't own Christianity. You sure as hell don't own respect for the bravery and sacrifice for military, police and firefighters."
Stewart went on to slam all the Republicans at the floor of the RNC who applauded every Blue Lives Matter reference yet failed to vote in support of the 9/11 Health and Compensation Act reauthorization.
"Those fighting to be included in the ideal of equality are not being divisive, those fighting to keep those people out are," "So Lumpy, you and your friends have embraced Donald Trump. Clearly, the "C" next to your names does not stand for constitutional or conservative but cravenly convenient c—," Stewart said before Colbert stopped him with an air horn, since the show was broadcast live.


Related videos from Fox News (without a commentary or analysis, i.e. its for lefties);

Where is outrage over leaks about president?; Gorka: Fake news now dishonest news

Leakers spark rift with UK: Where's outrage from left? Democrats called for Trump's impeachment for sharing classified info with Russians but stay silent when leakers anger allies in the UK so much they now refuse to share intel on the probe in the Manchester terror attack #Tucker


Here are the Trump leaks they leave out...

In Israel, Trump denies intel claim he was never accused of

We learned last week that Trump, for reasons that remain unclear, decided to share highly classified intelligence with his Russian guests. The sensitive secrets were provided to the United States by a third, unnamed country, and when the the Republican passed the intel on to the Russians, it sent shockwaves through the international community.With this in mind, Israeli Prime Minister Benjamin Netanyahu, standing alongside the American president earlier, was asked at a brief press conference if he has any concerns about intelligence cooperation with the United States. He said he did not. At that point, the leaders were poised to be whisked off to their next event, but Trump stopped everyone because he had something to declare:

Yet another leak by Trump....
Trump blurts classified submarine intel to Philippine president 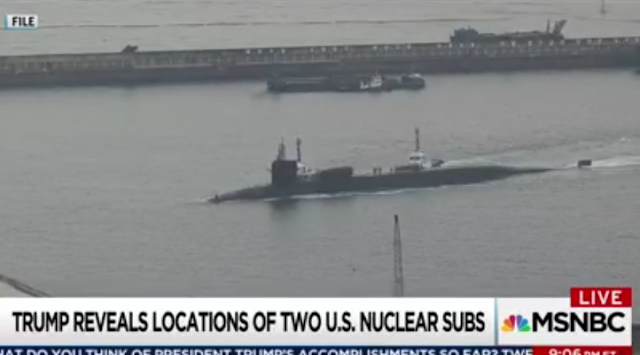 Who do you think did the Manchester leaks and then acted like he didn't... the way he handles most issues?