Why The Analogy For Assault Rifles Needs To Change As The Musket Of The Founding Fathers Is Really The Jet Fighter & Apache Helicopter of Today!

i.e. the inaccurate argument common today is that the musket of the age of the Founding Fathers is like the assault rifle of today.

This is wrong. The automatic rifle (assault rifle) is NOT the musket of the days of the Founding Fathers. It's the Apache Helicopter. The F-16 fighter jet. 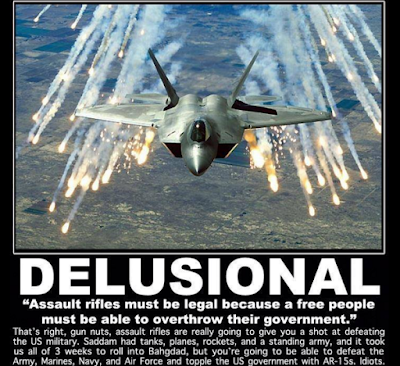 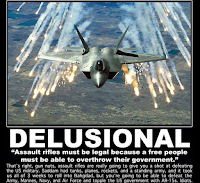 might be done with hand to air missiles that can take down aircraft (or we could remove the "National Security Act of 1949" and make our government transparent and we won't have to worry about dictators taking over and doing another 9/11).

2. I would also like to note that I have pointed out to the hysterical media of the left that a car can be used as a gun and the test of a murderer is to do with the person and society they live in. Now there are terrorists using vehicles like guns.