Republicans Demonstrate What "The Height Of Hypocrisy" Looks Like & Fox "News" Ignores It!

Background: Fox News Has The Highest Ratings As A Fake News Site... Even The President Listens to Them... Yet The Media Says Nothing.

The following illustrates the GOP/Republican hypocrisy on healthcare (the links show alot more).

REPUBLICANS CAN'T GET THEIR S**T TOGETHER ON HEALTH CARE3/23/17 After years of trying to repeal Obamacare, House Republicans are forced to halt the vote on their own health care legislation, thanks to lack of support within the party.

Screenshots of the arguments bringing GOP hypocrisy into focus; 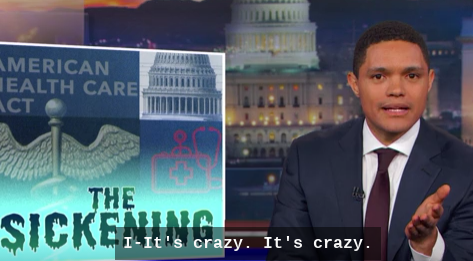 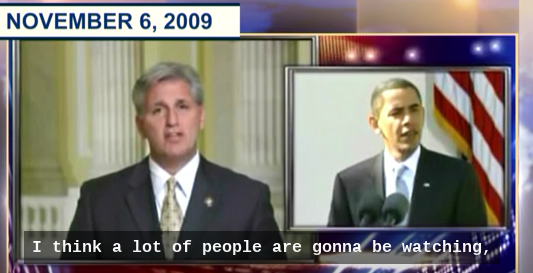 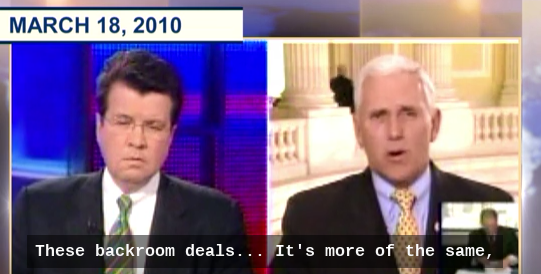 Their primary plan was not to help America but to obstruct the Democrats, even if they had to kill the economy, to do it ... though all they did was slow down the economic recovery. Problem with the con Paul Ryan is trying to pull is that we already know what sort of person he is and what his party represents. So when he says stuff like the above, he just looks like the con man he is.

Summary of what just happened: All this time (7 years) Republicans said they would repeal and replace the, basically, right wing idea Obama implemented (except for the "freedom caucus" which are more interested in the same healthcare plan the slaves had as former slave areas (which is no healthcare, obviously) and their culture is what they represents - which they probably got from the Koch Brothers - ... though they do have to con the poor through Fox to get their way, which is a good sign). Clearly, GOP was just causing friction and drama as Mitch McConnell had previously stated. GOP isn't a party that can rule unless that rule be hypocrisy and treason (they have no choice or they would go to prison for their involvement in 9/11... so they are attacking 9/11 first responders!).

THE PLAYA-HATER PHENOMENON 3/27/17 While House Speaker Paul Ryan owns up to botching the GOP's chance to repeal Obamacare, President Trump tries to spread the blame to Democrats.


Summary of why this is so embarrassing for Republicans from a political viewpoint;

All they have been doing for the last 7 years has been obstruction, i.e. nothing constructive and, ironically, time has revealed their true nature (Thank god the media won't go after their mouthpiece Fox News - like they didn't go after the Iraq War lies - or they would be screwed!) 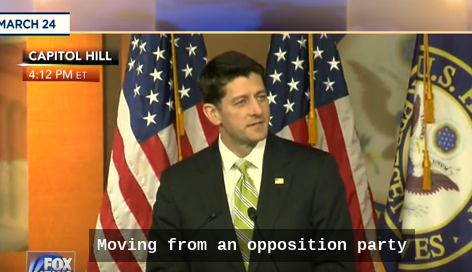 Related post: Stephen Colbert: The GOP-Republicans Are Planning A Quite Attack On The Economy That Would Kill 3 Million Jobs And Cost 1.5 Trillion In Lost Economic Revenue

This is the reason Democrats are not supporting the "Healthcare plan" to reduce healthcare coverage in the Nation (which is already pretty bad/low to begin with).


A farmer in Iowa faced off with Sen. Chuck Grassley (R-Iowa) at a town hall event in the state on Tuesday, voicing his concerns about losing his healthcare coverage if ObamaCare is repealed.
“I’m on ObamaCare,” the man, identified as Chris Peterson, 62, told Grassley. “If it wasn’t for ObamaCare, we wouldn’t be able to afford insurance.
“Over 20 million will lose coverage and, with all due respect, sir, you’re the man that talked about the death panels. We're going to create one great big death panel in this country that people can’t afford to get insurance.”
The comment referred to a debunked claim Grassley supported in 2009 that with ObamaCare, Democrats would allow the federal government to “pull the plug on grandma” by establishing “death panels” that would help determine end-of-life care for individuals.

In other words, makig healthcare worse is setting epople up to die. NOT giving them basic healthcare is setting people up to die. If it wasn't for the GOP's involvement in 9/11 & the Iraq War lies coverups I would think they are crazy. But they are doing what I would expect from traitors and idiots who listen to traitors.

Links outlining what the GOP is really like (what the media won't tell you because they got bought out after 9/11);