Rant: Is Trump Using The Presidency Like His Personal Piggy Bank? The Case For Impeaching Trump Based On His Constitutional Violations Thus Far

Background: No More Excuses & Flip-Flops ... Now We Get To See What Trump Really Believes!

Trump has started using the White House to mint money, making his real mantra Trump First and America Second ... From the looks of it, Trump is using the Presidency as his personal piggy bank with all profits going to his family which violates the constitution and is thus an impeachable offence in its own right... if Democrats weren't cowards.

Background video: Trump tweet on potential business conflicts New reports suggest Trump could have serious conflicts of interests as president due to his international business connections. Trump has lashed out at those reports on Twitter. Ari Melber discusses the concerns with Paul Butler and David Frum.


The Constitutional Laws In Question Are... 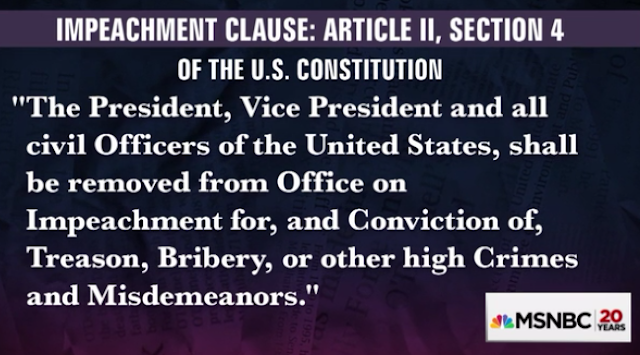 Now, keeping the Constitutional LAWS above in mind (which for some reason can't be enforced by "laws on the books" whatever that means, i.e. don't care cause of 9/11 and how Bush Administration got away with Iraq lies using media help ... also using such a tactic indicates Trump is going for the con and is lying to us)... lets look at how we suddenly have Trump's family running the Government. Is this Constitutional? Where are their financial statements? Are they profiting off the Presidency? Are they purposely avoiding going after the traitors of 9/11 and Iraq because they want to make money? Is the GOP helping Trump with making money because of their previous involvement in these cover-ups and possible insider trading and other such crimes influenced by the new "law" by the Supreme Court allowing bribery to be legal for the politicians of their respective parties?

The following videos are meant to illustrate the answers to those questions with links below to add more context and a pattern of behavior to the whole picture.

1. Trump's family takes over the White House with unelected and unconfirmable (through the Senate) positions making the United States Government look alot like the British Monarchy...

A. The Daily Show: Is Jared Kushner the Real President? - Real estate executive and son-in-law to President Trump Jared Kushner gets tasked with defeating ISIS, brokering peace in the Middle East and reforming the justice system.


Trump's son in law handling Foreign Policy with no qualifications of any sort - political or in life experience - literally a complete newb at everything in life is out there doing "foreign policy". Just that thought scares me. 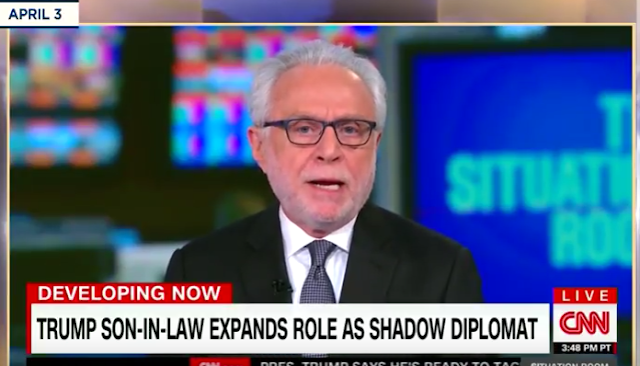 
Ivanka, anther family member, gets an "unpaid" position of power (like a Monarch would give to his family) ... no financial statements of her businesses are released so we have no idea how "unpaid" this position is: 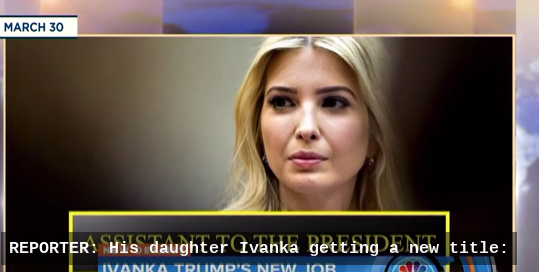 On top of that, Trump's businesses is still owned by Trumps son who has the name "Trump" in his name making any money he makes directly linked to the Presidency EVEN if Trump CLAIMS he is not making decisions here (my point is it doesn't matter since the business belongs to the Trump family and they haven't disowned each other) 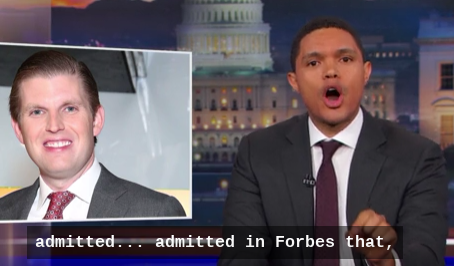 The son is running the business... so Trump's family is making money off the Presidency quite directly.

Thoughts: Trump is probably listening to advisers influenced by the Koch Brothers who actually fund ventures to tear apart the Constitution (the fact that people who swore an oath to protect the Constitution are listening to them speaks to treason)... of course the way this is orchestrated is through a fear mongering campaign using a debunked study (most Republican campaigns tend to originate from one study which is often debunked... they don't fund studies or seek scientific consensus... just one scientist to push some crazy agenda is all they seem to seek)