Debunking Tucker: Why Its OK To Ban Ann Coulter From Colleges And Universities

Background:
1. Greg Gutfeld Nails It. The Right Wing Media Is Really Just A Bunch of Sheep.
2. The Daily Show Proves That Fox News Is Fake News

Tucker follows the standard Fox News format of debunking truth with lies to help with their continuing onslaught on democracy and America using lies in a group format to increase there effectiveness, like the Nazi's did. This post debunks one of Tucker videos on Ann Coulter's recent issues.

Video: Tucker to prof: Why was Coulter not suitable to speak?Author and commentator decided to cancel speech after pulled its support for the event amid threats of violence. Tucker takes on professor who argues colleges had a right to turn down 'unsuitable' speakers #Tucker

Basically, if Hitler was doing speeches would you want someone who just killed a million people in gas chambers and destroyed Europe? If you are a normal human (not Fox) you would say no. In other words, a bad person spreading bad thoughts to the gullible is something every person in charge of people has to take into account for the physical and/or intellectual safety of thier group.

Although this sounds OK, i.e. free speech is free speech, this is actually in context of the State. The STATE can't stop you from printing books and making speeches. A COMMUNITY can.

It's like having a party and someone inviting the town drunk. Yes, the drunk has free speech to speak rubbish about his favorite White Supremacist group BUT it's your party so you have the right to kick him out (i.e. you have the right not to have everyone's free speech stifled by a drunk brigand making everyone uncomfortable - Related link: Ann Coulter Credits White Nationalist As "Intellectual Influence" On Her Anti-Immigrant Book). 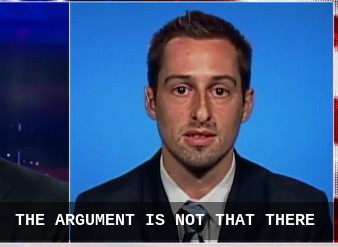 Yeah. In other words, would you want a rapist or pedophile exercising her/her right to free speech on you campus or having completely freedom to talk at any venue?

For example Ann Coulter calls colored people rapists and pedophiles (as per her White Supremacist leanings)...

At the same time she is ignoring the REAL issues of 500,000 Military rapes and counting...

Here is a screen shot


AND the huge problem of child abuse in the States (originating from Texas which is a Republican state and thus ignored for it's crimes... in very sense of the word)

Every five hours a child dies from abuse or neglect in the US.
The latest government figures show an estimated 1,770 children were killed as a result of maltreatment in 2009.
A recent congressional report concludes the real number could be nearer 2,500.
In fact, America has the worst child abuse record in the industrialised world. Why?

Why is the problem of violence against children so much more acute in the US than anywhere else in the industrialised world, asks Michael Petit, President of Every Child Matters.
Over the past 10 years, more than 20,000 American children are believed to have been killed in their own homes by family members. That is nearly four times the number of US soldiers killed in Iraq and Afghanistan.

The child maltreatment death rate in the US is triple Canada's and 11 times that of Italy. Millions of children are reported as abused and neglected every year. Why is that?

Part of the answer is that teen pregnancy, high-school dropout, violent crime, imprisonment, and poverty - factors associated with abuse and neglect - are generally much higher in the US.

In the US, when children are born into young families not prepared to receive them, local social safety nets may be frayed, or non-existent. As a result, they are unable to compensate for the household stress the child must endure.

In the most severe situations, there is a predictable downward spiral and a child dies. Some 75% of these children are under four, while nearly half are under one.

Geography matters a lot in determining child well-being. Take the examples of Texas and Vermont.
Texas prides itself in being a low tax, low service state. Its per capita income places it in the middle of the states, while its total tax burden - its willingness to tax itself - is near the bottom.

Vermont, in contrast, is at the other extreme. It is a high-tax, high-service state. 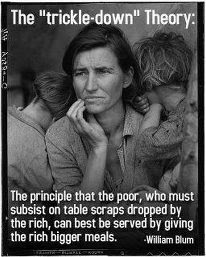 Clearly Ann Coulter is ignoring the big issues because of thier Republican background (with thousands of confirmed examples) for a theory about Latinos for which there is no proof and she probably made up just to incite her followers into committing hate crimes. Even if she found 1 or 2 rapists amoungst the Latinos... you'll find alot more in Texas or by searching the archives of every States "Amber Alert".

This is something you expect someone on a "news: channel to have researched already OR if they don't know, then ask politely. Tucker is being way too rude given he knows nothing and works for a news channel that has sexual harassment as part of its culture.

Tucker is wrong about speakers being disinvited (i.e. speakers from left and right are both disinvted by collages and universities as it's normal).

Of course, admitting to truth is something Fox News rarely does so you can hardly expect thier new prime time liar in chief to tell the truth. Related proofs;

This is weird because there are way too few conservative students in the overall student body (unless there is a university for morons who believe lies without further investigation out there).

Students, being young, are more familiar with other sources of information such as the internet so they can look up facts online. This makes it harder for a traitorous cultlike institution like the GOP and Fox to con them into believing their lies JUST because they put the word "news" in thier title. (That's how they fool the older folks who believe that if your channel says "news" then you must be telling the truth as has been traditionally thought in America as they think the Government would stop huge treasonous lies, or at least point them out so they can be taken to court for inciting violence, destroying the economy etc.)

I'm sure conservatives have blocked liberals. They blocked 9/11 truth and the Iraq Oil War.

Tucker is doing his normal fake news reply. This is what you should expect from a traitor channel. Even Bill O Reilly would go up hear a fact proven by many professionals and say "well, I don't believe it" as if he is the arbiter of facts and not some liar.

First of all if this happens by the actions of a few you can't blame them all (unless you are trying to demonize them which is what Fox does professionally - large groups, if incited or economically oppressed, will have a violent element in them). In any case, I can't find any proof of this... especially since Ann Coulter didn't even go to Berkeley so it's just one of those lies designed to incite his viewers and build anger in the conservative people watching so they can do some sort of attack (standard Fox News tactic).


A professor called Trump’s election an ‘act of terrorism.’ Death threats forced her to flee.


Days after a video surfaced showing an Orange Coast College professor telling students that Donald Trump’s election was an “act of terrorism,” violent threats have forced the instructor to flee her home state of California.
Olga Perez Stable Cox — who was secretly recorded by one of her students last month when she was discussing the presidential election — received a flood of angry emails, phone calls and Facebook comments — some of which were violent and threatening, according to the Orange County Register.
An email Cox received said, “You want communism, go to Cuba . . . try to bring it to America and we’ll put a [expletive] bullet in your face,” according to the paper.
The threats didn’t end there, according to Rob Schneiderman, president of the Coast Federation of Educators/American Federation of Teachers Local 1911 that represents Cox.

“Someone emailed her a picture of her house, with her address,” he told the Orange County Register, noting that the email referred to Cox as a “libtard, Marxist, hatemonger, nutcase” and said “her home address is now going to be sent everywhere.”

During the Iraq Oil War, when Dick Cheney and Bush were conning the nation to giving up it's youth (soldiers) to kill a bunch of innocent colored people and make a ton of money off of oil ... ANYONE opposing them got called a traitor and even fired (Cheney made money off giving Halliburton no bid contracts by using a trust... which seems to be Trumps tactic as well! Probably copied directly from Cheney after seeing how the right loves dictators). Here is an example of one of those poor people who couldn't speak out for thier country because the right was busy kissing ass and committing treason with media complicity;

It was ten years ago tonight that the Dixie Chicks, extremely popular then and far from controversial, caused a massive stir when singer Natalie Maines declared on stage in London: “Just so you know, we’re on the good side with y’all. We do not want this war, this violence, and we’re ashamed that the president of the United States is from Texas.” It was a little more than a week before their fellow Texan launched a war based on lies.

﻿ Of course, hatred was quickly spewed in the Chicks’ direction by media types, political figures and country music yahoos—who never then or now get so excited when right-wing entertainers and media celebs make threats against a Democratic president.

﻿ Good old true American Merle Haggard weighed in: I don’t even know the Dixie Chicks, but I find it an insult for all the men and women who fought and died in past wars when almost the majority of America jumped down their throats for voicing an opinion. It was like a verbal witch-hunt and lynching.
But President Bush argued: “The Dixie Chicks are free to speak their mind. They can say what they want to say.… they shouldn’t have their feelings hurt just because some people don’t want to buy their records when they speak out.… Freedom is a two-way street ….”

The Chicks then posed semi-nude on the cover of Entertainment Weekly with words they had been called slightly covering them, e.g., “Dixie Sluts.” But their popularity would never be the same (although they did win a bunch of Grammys in 2006). Some stations still will not play their old tunes. Meanwhile, more than 4,000 American troops and more than a 125,000 Iraqis would die in a war based on lies. See my new book, So Wrong for So Long, for much more on the war and media malpractice.

Of course, there are many examples if I sit down and spend time looking for them, but ONE example is enough to debunk Tuckers statement.