Fox News Has The Highest Ratings As A Fake News Site... Even The President Listens to Them... Yet The Media Says Nothing.

I've been documenting the media's fear of Fox News and it's lies because of its (1) Bullying style of "reporting", or (2) Deep ties to the Republican (GOP) party through the boards of these "news" networks for a while now. (Note: The Republican party is the one that invaded Iraq for oil, destabilized the region creating ISIS, funded ISIS(!), and can be scientifically linked to 9/11 as being the perpetrators or partners in the coverup and thus intentionally seeking to destabilize the world with terrorism to hide thier crimes, as only a 9/11 investigation can stop us heading down the path the GOP and Democrats have chosen for us :)  - Links with full outline at the end of this post.)

The situation had gotten so bad that now Fox News spreads it's lies to the LARGEST AUDIENCE IN NEWS HISTORY while the rest of "real" news pretends they don't exist. So when bad stuff happens they can act like it came out of nowhere  ("the people reacted spontaneously") and they are surprised as well. This happens so often that at this point I'm willing to call "news" networks a "traitor network" and stand by it (cause I'm pretty sure I can prove it by now, at least as far as the spirit of the "fourth estate" goes and probably further). Observe... 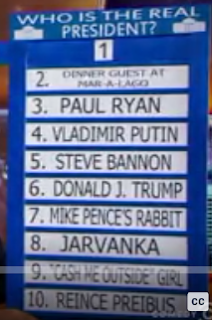 So Fox News IS the leader in influencing the Leader of the Free World... and the media doesn't seek to catch them on their lies... but expect the President to be smarter than that! What hubris! "If you can't get the truth from your own intelligence then that's just too bad cause I'm not going to point it out... my job is to go around ACTING like I'm a responsible journalist... not to actually go after the biggest lie mongers in news history... I'm not dumb. To hell with the fourth estate (except in words), the people who can't tell the difference between facts and lies can all be damned!" . 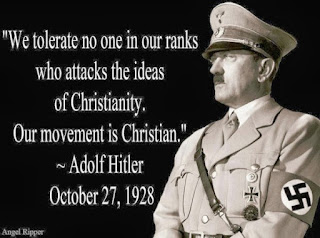 Frankly, I can understand the media not going after Fox if it was a tiny youtube outlet. i.e. it's too small to be news worthy enough to debunk except in some sort of commutative conspiracy series/episode, but Fox News? The largest rated NEWS network in America? All we have left is The Daily Show... AGAIN! or maybe after 9/11 media never returned. Except in ego. 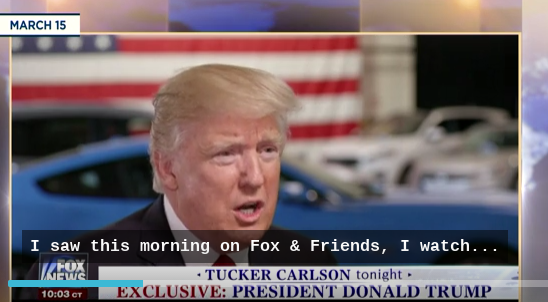 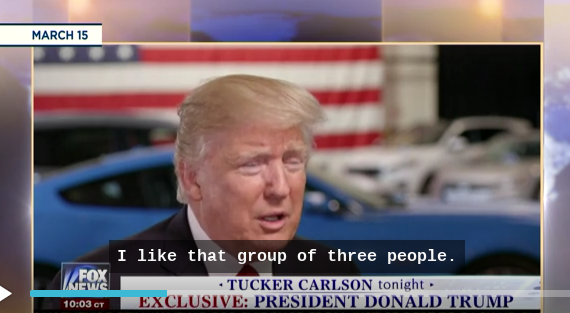 Clearly, there is no need to ignore and NOT debunk any lies it seeks to spread! This is the most influential channel with the highest ratings out there! This is big news you should be hunting them for fun by now! 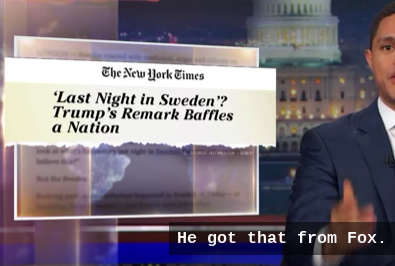 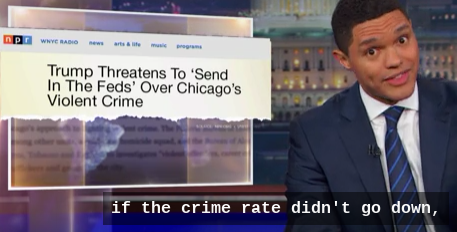 Fox News has ratings and power... and spreads fake news on a regular basis as part of their social destabilization campaign (probably GOP led) and need to be stopped by the fourth estate (media regularly debunking thier lies cause they are - and advertise themselves as - the biggest news channel out there). Too bad we don't have one..

What we DO have is Fox News calling everyone else fake news. Since they are the largest rated news that spreads its information unchallenged (which means they must be telling the truth or reporters would be making big news kicking their asses), we have to consider it as truth... or call everyone out for being a bunch of con artists up to no good (treason).

Fox: A horrific week for the world of fake news

Fox: Don't listen to the narrative of the left

“Yes, since Fox got rid of the woman who was coming between them and Trump,” Noah said, flashing Megyn Kelly’s face on the screen, “they’ve since been on a long honeymoon with the president.” Aside from the “Golf Strippers Network,” he joked that Fox News is the president’s “favorite” channel. Trump has “been on Fox so much, he’s almost been sexually assaulted by Roger Ailes,” he added
“The reason Fox News is currently the president is because since Trump took office, Fox has been the source of much of the crazy shit he’s said,” Noah said. “If Trump’s lies are the virus, Fox News is the sex monkey that started it all.”
Most recently, Trump took an apparently baseless claim from Fox News commentator Judge Andrew Napolitano, who stated the Obama administration used British intelligence to spy on Trump, and spun it into an international diplomacy fiasco with America’s greatest ally. “Because the Trump administration serves at the pleasure of Fox, this porcupine man’s insane charge became the official White House position,” Noah remarked.
“If you were really the president and your administration pisses off your closest ally, you would try to restore their trust,” the host said. “Or if you were Donald Trump, you would do this,” he added, cutting to a clip of Trump passing the buck to Fox News. “There you have it, folks,” Noah said, imitating Trump’s response. “‘Don’t talk to me, I just work here. Fox is in charge.’”