Background;
Rachel Maddow On How Right-Wing Extremist Attacks Are Ignored By The Media In Favor Of Jihadist Violence
News In America Is Dead: Fox News IS Fake News... It Has Had It's Own "Pizzagate" MANY Many Times! Yet No One Calls Em Out!
The Iraq Effect (2007): New Study Finds 600% Rise in Terrorism Since US Invasion of Iraq
GOP & Fox News Are Basically Terrorist Organizations (Based On Rhetoric & Effects Of That Rhetoric)

This is an outline explaining how Trump is just following standard media rhetoric and the media seems to be unhappy because Trump is blaming them for something they are not doing while Trump is doing that which media HAS been doing for a long time but Trump doesn't seem to notice. It must be driving the media liars crazy. 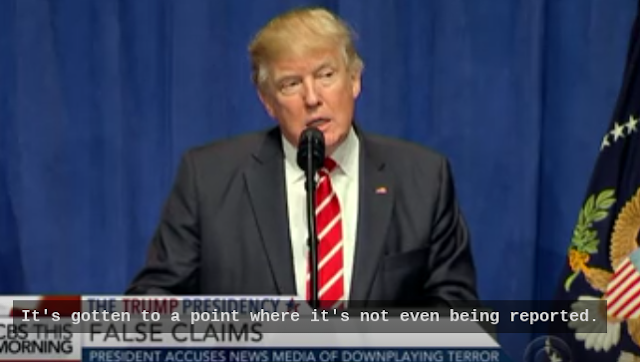 If Trump had used the following example, then yes. He is correct (but he didn't do that);

Post: In April of 2013 America Seemed To Have Had Two Terror Attacks. One By Muslims (The Boston Marathon Bombing) & The Other By Christians (Waco Texas Fertilizer Plant Bombing) 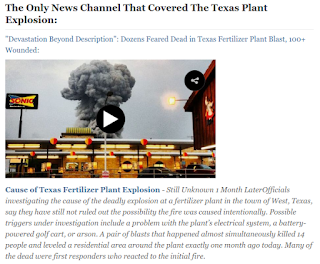 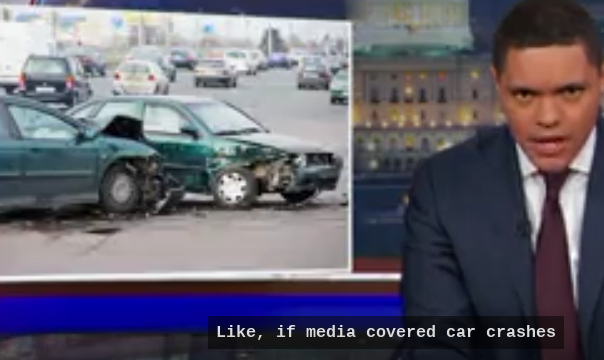 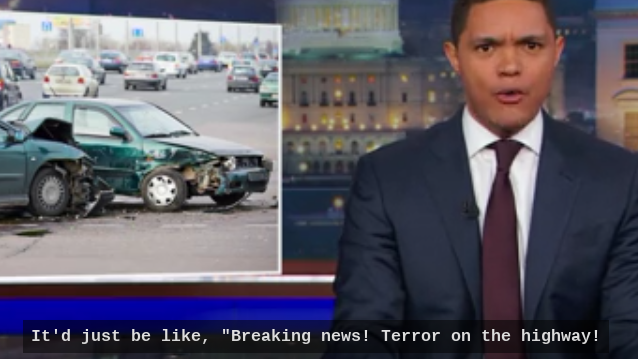 This is the basic way media DOES deal with an attack by a Muslim... but it's to a degree that goes beyond marketing into lies and treason (i.e. betraying the people seeking NEWS with lies, half truths and outright decoys/smokescreens). For example; Maddow points out how media purposely ignores attacks by white people in favor of those by colored people of the Muslim variety ... totally in line with the Bush Administrations "pin it all on the Muslims" policy which is a variation of the Southern Strategy but where the colored person is a Muslim rather than a black person (though I think a black Muslim is probably seen as a bonus, especially by Fox News). Could the following sorts of approaches by media have led to future problems? (i.e. Karma?) 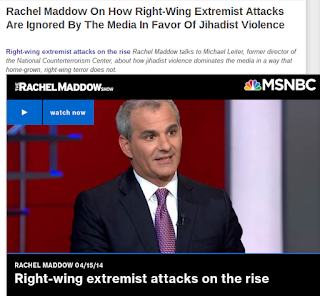 This is a trend I noticed before I realized this was a long standing media policy that no one was commenting on and stopping, i.e. this post; 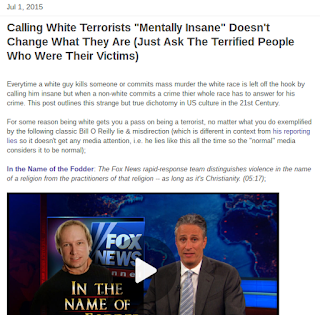 This media induced cultural schizophrenia was further illustrated by Hasan Minaj in this piece; 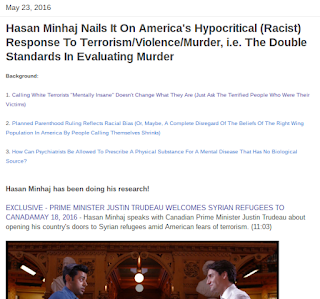 Hasan Minaj points out that other countries, not locked down in a deceptive and treasonous media, have a more accurate perception which is based on the facts rather than media induced hysteria; 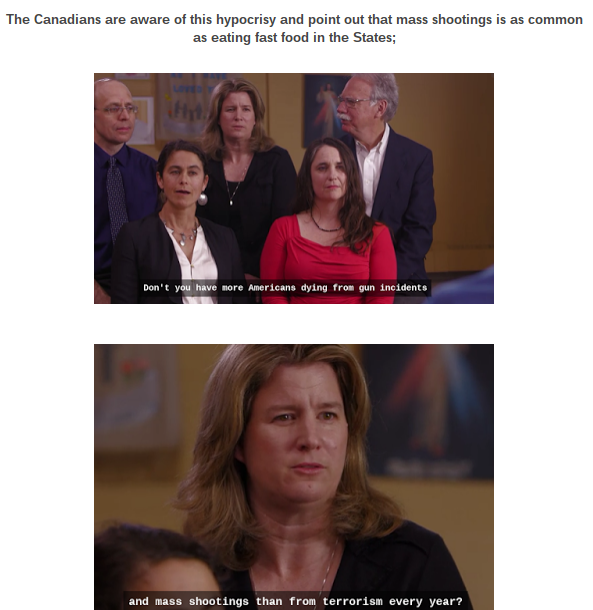 Anyways, Trevor Noah points out the basic tactic media uses to increase the fear of it's clueless watchers;

This is the basic tactic the media uses to freak the people out about terrorism by colored people over terrorism by white people (which is what it all basically seems to boil down to especially once you compare scripture and realize what the Christian books say then put it in context of regular people in the world community verses, say, people in a cult like Romney and Glenn Beck who may have hidden motives in their attacks on facts and the Constitution) 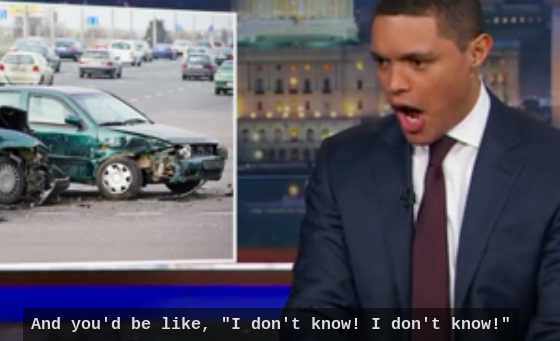 Here Trevor Noah satires how the media, such as CNN or Fox News, actually covers attacks by a Muslim, i.e. it's a full scale terror marketing campaign that leaves out context to heighten the fear and freak people out. I've been documenting this for a while as this collection of links reveals;

Then Trevor Noah put the blame where it should be, i.e. on the media; 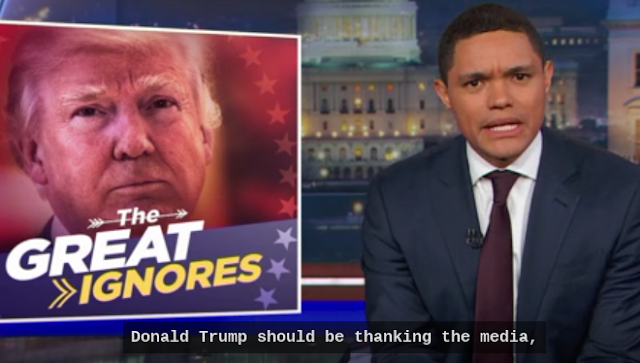 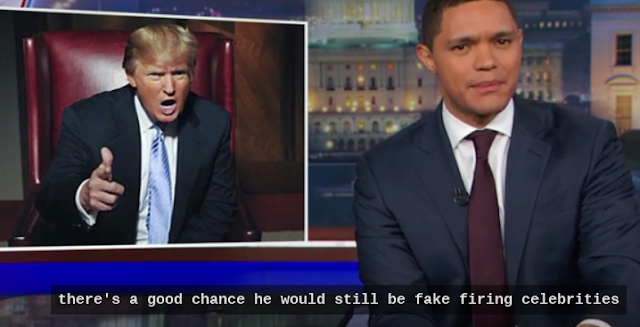 Here Trevor Noah is talking about how the media uses fake scandals to hype up fear for marketing purposes (i.e. they scare and deceive people to get ratings, like Fox News said so in public)

i.e. without these fake scandals and Orwellian style reporting... Donald Trump could never have won. 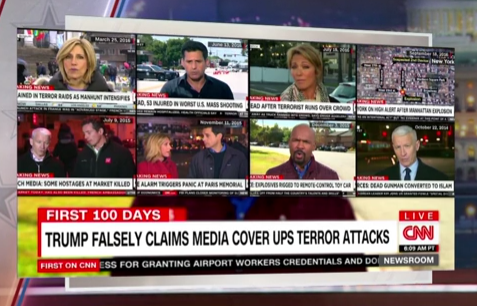 This is interesting to me because it's clear that the media is upset because they noticed that Trump left out the white terrorist attacks which the media have been doing for decades... it's like being accused of not committing the crime you have been committing for years and you turn around and say 'Dude! We have been doing this sort of lies and decoys for years and should get credit for it' and so now they are pointing out that "yes, we have been hyping up these terrorist attacks we have just not being hyping up the attacks that YOU are ignoring yourself so we are in the same boat"!

Now, back to Trump.

Yes. Media always covers a murder by a Muslim cause that's how they scare people into watching their channels. they could do the same for white terrorists but have a tradition of not doing so since 9/11. 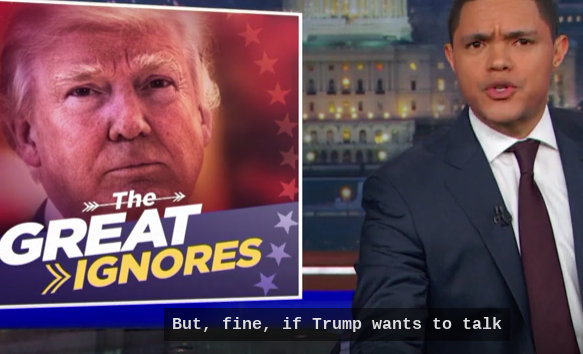 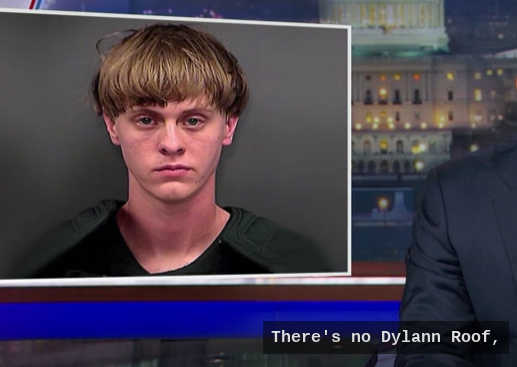 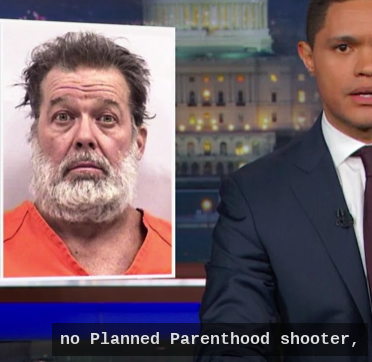 I would like to point out that TREVOR NOAH had to point this out...cause the media clearly didn't. Trump didn't want to point out white terrorists as per GOP policy since they did 9/11 and media policy since 9/11 (CNN & Fox News)

So if Trump GENUINELY wanted to win the argument with the media he would have said the media doesn't cover terrorist attacks if the terrorist happens to be white/Christian.

Now Trevor Noah provides an example of how obviously - both Trump and probably Fox News/CNN - covered an attack while thinking it was Muslims and then backing away when they realized they didn't have a colored non- Christian person to attack as per their slavery days policy of dealing with news; 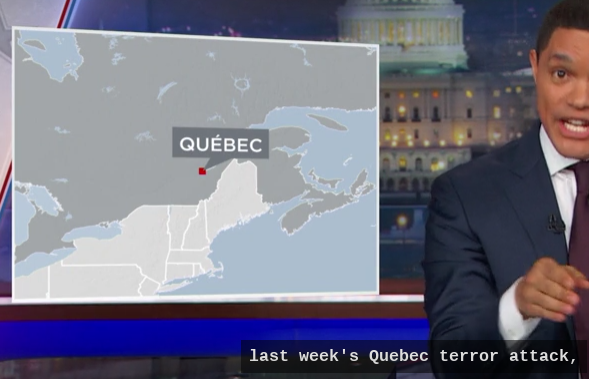 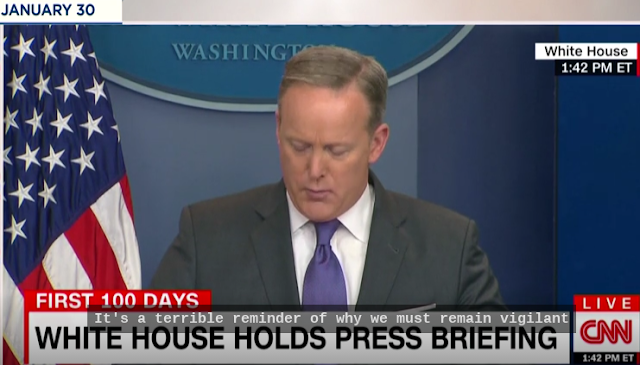 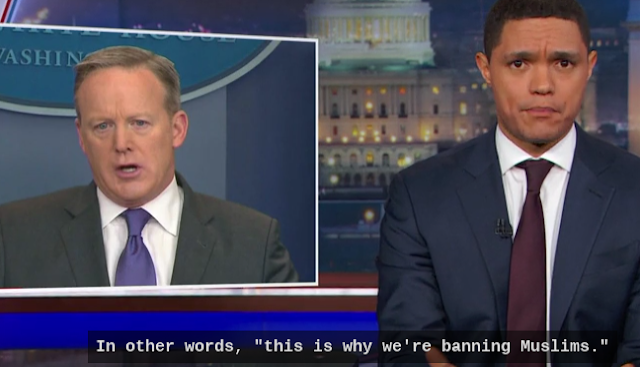 Standard media type rhetoric over the last many years (till I showed up and started screaming at them for murdering innocent people... I'm half and half so I see colored people as human unlike the media) 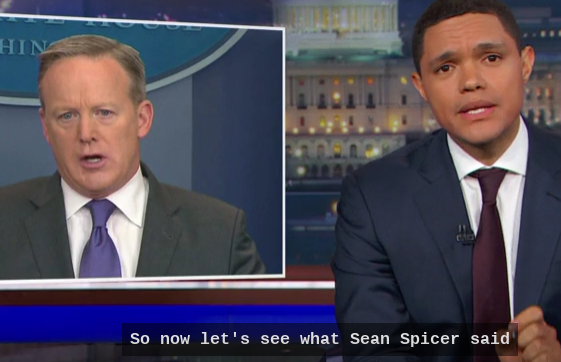 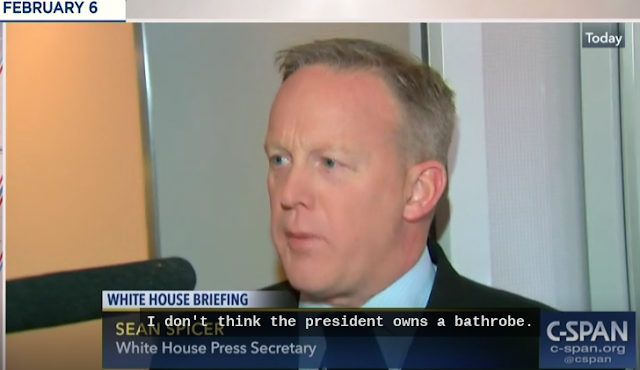 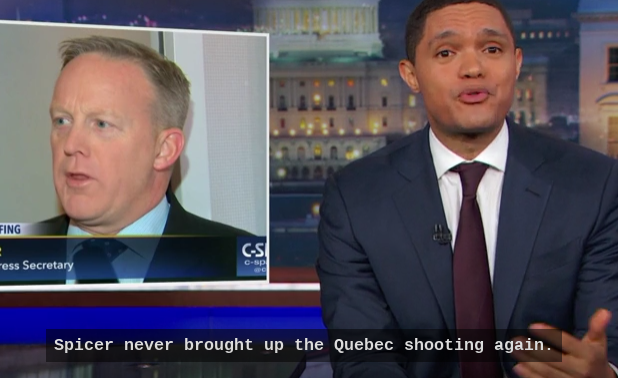 The Quebec terrorist attack is the perfect example of how the media betrays the people with slanted news... where is the outcry? Can you imagine the outcry if 6 people were shot by a Muslim in Paris? Fox News would probably be talking about their scripture while ignoring thier own and demonizing Muslims like a Patriarch of the Old Testament days (religious stuff our Constitution is supposed to protect us from... but Fox News is seriously about attacking our Constitution in favor of a Christian Religious Shariah law or just to cause harm to people like we would expect from a terrorist news network).

Canada: Gunman Attacks Quebec Mosque, Killing 6 and Injuring 8
In Canada, police have arrested a gunman charged with opening fire at the Islamic Cultural Centre of Quebec City during evening prayers on Sunday, killing six worshipers and wounding eight others. Witnesses described a gunman in black launching a coordinated attack on the mosque, opening fire indiscriminately with semi-automatic weapons. Canadian Prime Minister Justin Trudeau condemned the massacre as an act of terrorism. The mosque has previously been the target of hate. During the Muslim holy month of Ramadan last June, a pig’s head was left on the doorstep of the mosque. 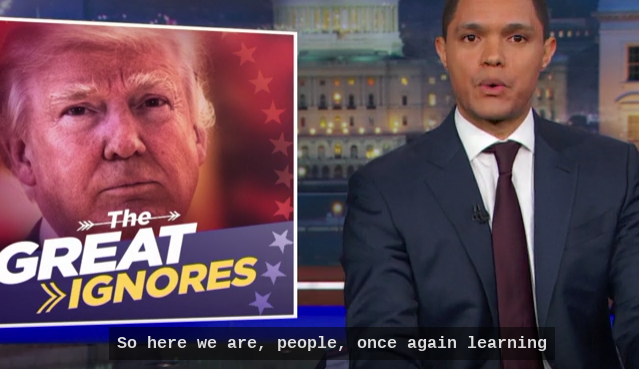 This is EXACTLY how the media has been treating these sorts of events for many years... and as a cable news addict, Trump is doing the same thing... how can you blame Trump when the culprit is clearly the media? 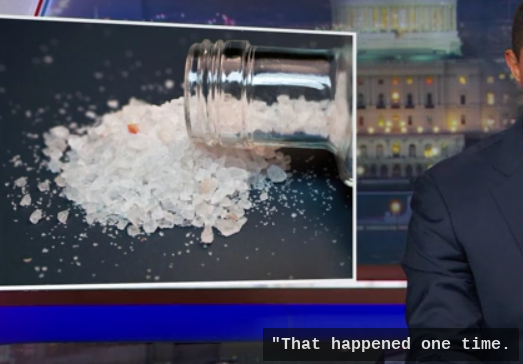 Yup. That's what the media's addiction to framing Muslims for their crimes is like. (Virtually none of these "terror" attacks would have happened if instead of killing millions of colored Muslims for the alleged actions of 19 colored Muslims on 9/11, we had just indicted and hanged Bush, Cheney, the GOP and anyone in the media who helped them, i.e. we killed millions of Muslims for being in the same country as any lie Bush could think of so why should we let go of anyone who assisted their crimes?)

So now, after years of news that terrorized the population with Muslims attacks and hiding white terrorist attacks we now have a President who wants to pass policy to fit the media's decades long narrative; 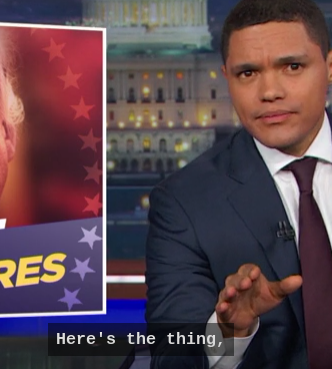 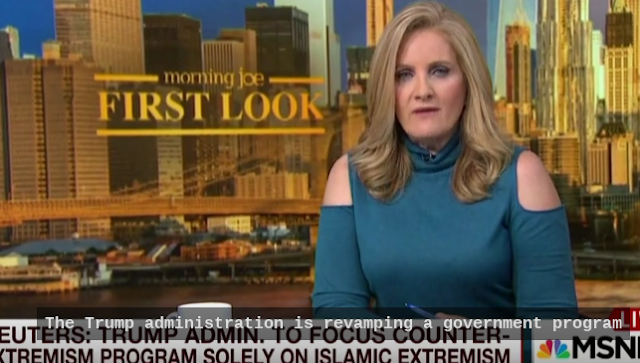 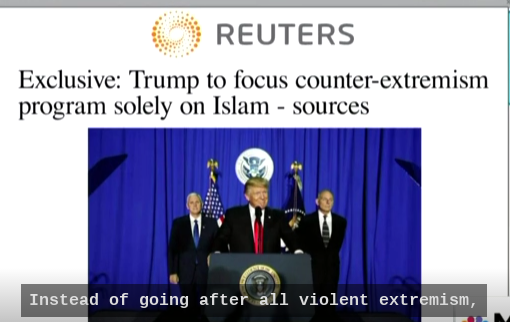 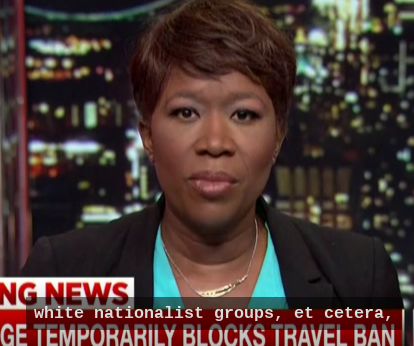 In other words, the corporate media won; 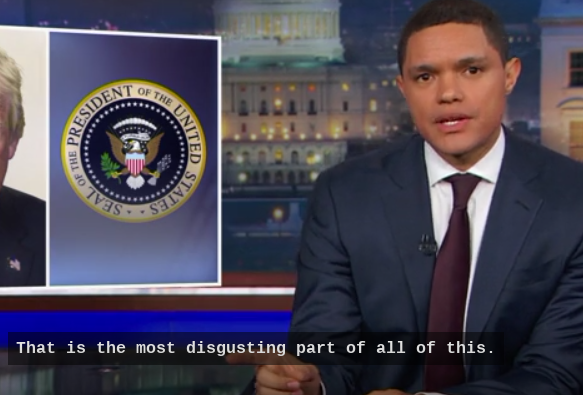 Simply put, the media has created an environment where Trump is going to put the whole country at risk by only focusing on the smokescreen used by lying GOP (or stupid GOP) politicians. In other words, by Trump's plan the media would have won in convincing America that white people committing mass murder isn't a problem but a Muslim doing it is (which is ironically how the media must see the Bush Administration's genocide of Iraq or 9/11 i.e. it's OK when white people commit mass murder)

Of course, there was one media network that didn't bow to the Bush Administration and begin demonizing everyone.

Does U.S. Ignore Right-Wing Terror? More Killed by White Extremists Than Jihadists Since 9/11

As thousands head to the South Carolina state Capitol to honor church victim massacre Rev. Clementa Pinckney, a new study finds white supremacists and other non-Muslim fanatics have killed far more people in the United States since 9/11 than Muslim extremists. According to the research center New America, 26 people have been killed in jihadist violence in the U.S. since 9/11, but 48 people have been killed in attacks by right-wing groups. Despite the intense focus by the Obama administration on Muslim communities, non-Muslims have carried out 19 terrorist attacks since September 11, 2001, while Muslims have been responsible for only seven. We are joined by two guests: Mike German, a fellow at NYU’s Brennan Center for Justice and former FBI agent specializing in domestic counterterrorism; and Bud Welch, whose daughter, Julie Marie Welch, was killed in the bombing of the Oklahoma City Federal Building on April 19, 1995.