Background:
1. Media In A Nutshell: How The "Fact" Based Media Allows Fox News To Get Away With Lies ON An Everyday Basis Using Rachel Maddow As An Example
2. Linking Fox News With The Rest Of Cable News: Why Is No One In Corporate Media Calling Dylan Roof A Right Wing Terrorist? Clearly, Only Muslims Can Be Called Terrorists. (Till Now Fox News Has Been Avoiding The Story Altogether!)
3. If Fake News Is Domestic Terrorism (& It Is, I.E. "Propaganda") Then Fox News Are Domestic Terrorists
4. Lessons In Republican Politics 9 - Demonize Muslims

This is a pattern I've been noticing in network-news/beltway-media for a while. I thought a collage with my own ramblings would be enlightening as to the state of the "news" media today.

This post has another example of news without context. We know Fox News has been pushing Trump's talking points AND we know Trump derives his ideas FROM Fox News... so why is Fox News (the SOURCE of the misinformation) ALWAYS left out of the analysis?

First notice the favorability of Obama VS Trump in Trump voters; 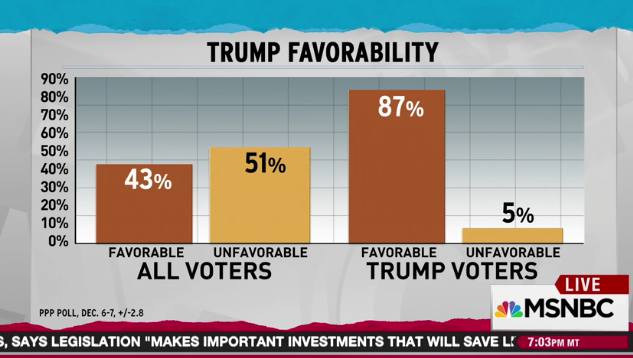 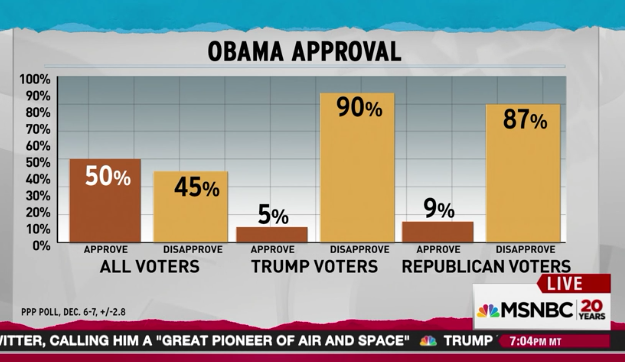 For Example; Jon Stewart to Eric Bolling: 'F*** you and all your false patriotism.'

The "Republican" party was able to shield it's viewers from facts by using demonizing startegies in league with thier media arm to make people believe something other than the facts. The strategies they have used are outlined here;

Facts VS Belief: The Sorry State Of Politics Today

If you look at the stock market figures over the last 8 years you will find them to correspond to the following graph; 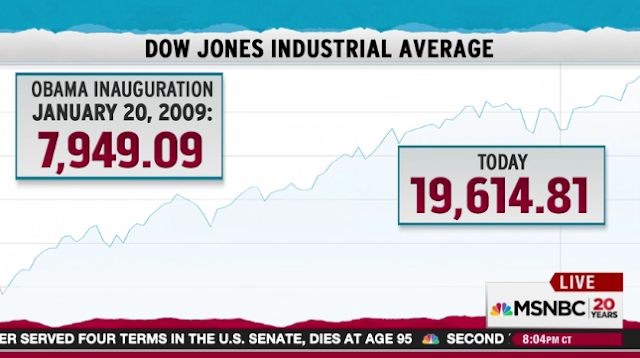 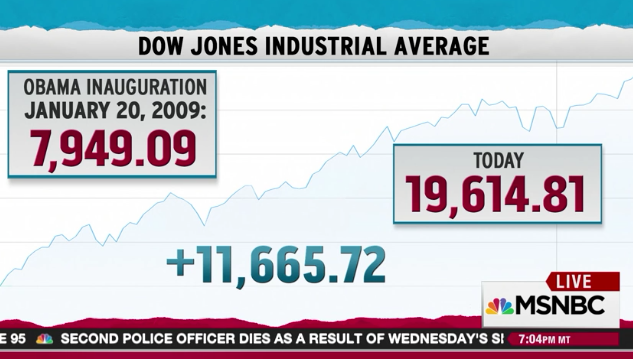 However, if you watch Fox News and listen to their propaganda you will believe something which DEFIES the facts; How does Fox News create such an environment where such a large segment of the population is so passionately misinformed? Answer: They use demonizing strategies that the Nazi's used to gain power over their population using lies. I've sketched out these facts in these posts;

Some articles which paint the scene;

Business Insider: STUDY: Watching Only Fox News Makes You Less Informed Than Watching No News At All

NY Times: Last week, none of the three major cable news networks -- CNN, Fox News, or MSNBC -- carried Mrs. Clinton's speech to a workers' union in Las Vegas, where she debuted sharp new attack lines against Mr. Trump. Instead, each chose to broadcast a live feed of an empty podium in North Dakota, on a stage where Mr. Trump was about to speak.

BillOReilly.net: The Top 5 Times Fox News' Bill O'Reilly Has Been Dishonest With America

Salon: The GOP is a deeply unserious party, hijacked by lunatics and Fox News, is driving us all into a ditch


Some blog posts outlining more of the scene;

Now, while the economy has been stalled with Republican political strategies it has still improved. You can find these figures in any economics or business source (not sure about Fox Business since they do propaganda too). In other words, while the economy FEELS sluggish it HAS improved (especially since the last Republican administration); 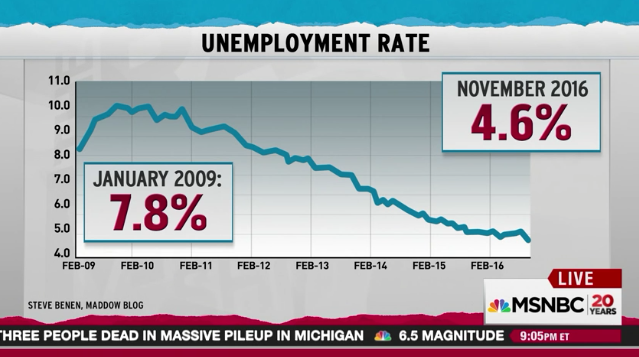 These facts are known to all people who follow news of some sort no matter what their politics... 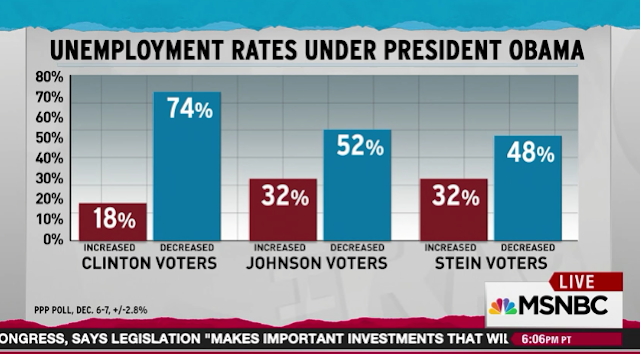 EXCEPT for Trump votes (i.e. Fox News viewers) who have a perception that goes in the OPPOSITE direction from what the facts are; 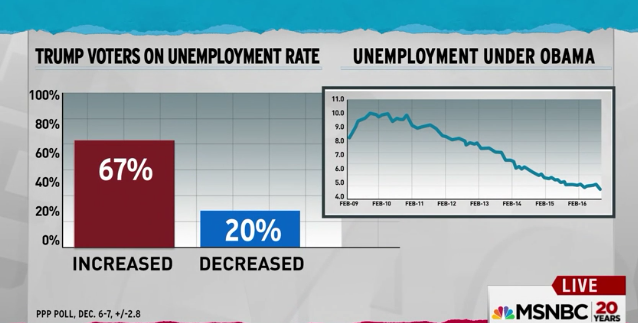 This one is just hilarious! How can you possibly sell such a thing to the people? Well, it has been done and is absolute proof that a segment of the population is being lied to, to the point of it being a cult NOT based in ANY real life information... EXACTLY like the Nazis! 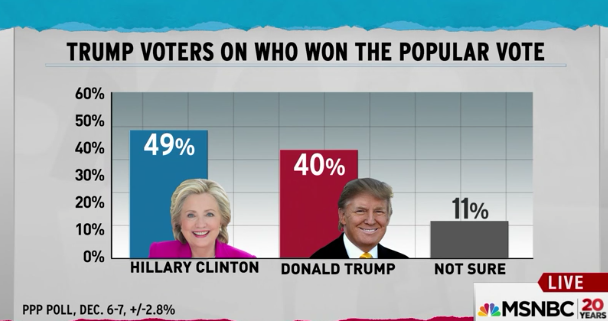 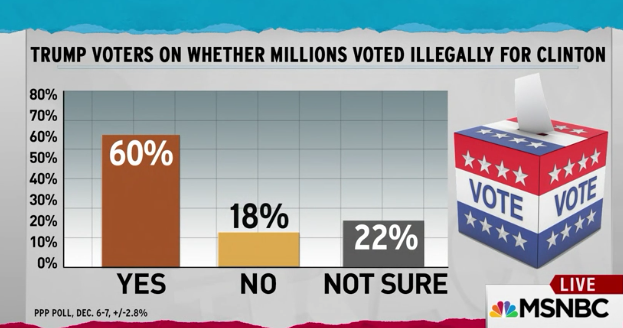 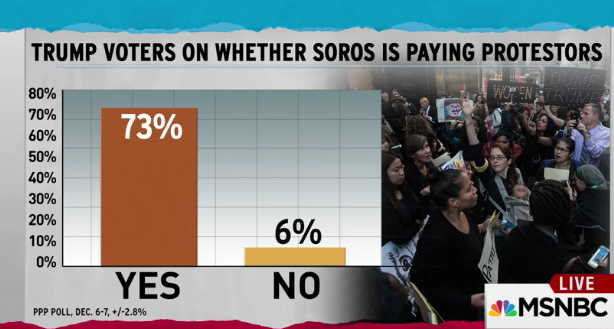 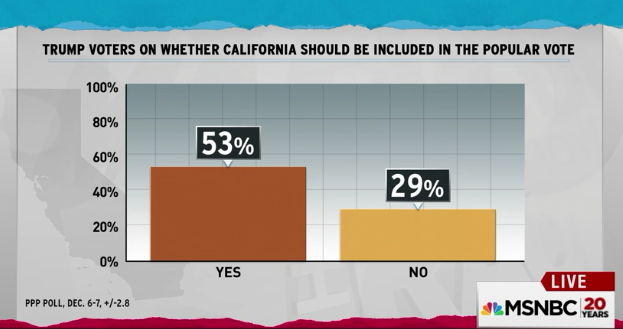 Not only does this group of voters NOT believe the facts of the popular vote ... they are actually denying it! It's possible they don't understand the electoral college and fear that accepting the results of the popular vote might lose Trump the election but it is even more probable that they just believe what they are told if they trust the source of the information (people like Hannity have been echoing anything Trump says to the public).

Notice that at NO point did Maddow provide context for this data, i.e. Fox News, the SOURCE of the lies, is ignored as it is with ALL channels... in EXACTLY the way they covered up the Iraq War which Maddow exposed before she freaked out and went silent. Here is an outline of what happened;


To further illustrate this point,notice in the following two videos MSNBC hosts (same channel that fired Phil Donahue for speaking out against the Iraq War when it wasn't popular to do so) talk alot about the fake news that had little to do with the election results WHILE ignoring the fake news source (Fox News) that DID have influence over the election (look at the videos and see proofs of lies of Fox News and how they are so much that calling Fox News a "real news channel" is just an outright lie... and not mentioning this is an outright coverup/lie);

More Clicks, More Cash: A Look at the Source of Fake News NBC News embedded with teenaged fake news writers in Macedonia. We take a look at the roots of the lucrative strategy behind the phenomenon.

Fake news breaks through A new poll by Buzzfeed News and Ipsos, premiered exclusively on 'All In,' shows how often fake news headlines were believed by the public.

Now, to put Fox News and the "liberal" media's avoidance of Fox News in context... NOTICE how Trump says he doesn't need 'your vote anymore' ...

Trump: ‘I don't need your vote anymore’ That’s what Donald Trump told a crowd of supporters today. He seems to be proving that with his latest cabinet choices, including not picking loyalist Rudy Giuliani for Secretary of State. Lawrence discusses with Maria Teresa Kumar and David Corn.

Daily Show: TRUMP LETS THE TRUTH COME OUT POST-ELECTION DECEMBER 14, 2016 - During Donald Trump's "Thank You" tour, the president-elect smugly admits to lying about his campaign promises to lock up Hillary Clinton and "drain the swamp." (6:10)

Ask yourself: How could ANYONE running on the Republican ticket NOT follow Fox News lies? Fox News lies IS the platform that ALL Republicans run on and have been running on for a while... that's why they rigged their districts i.e. so only the people who watch their propaganda channel (fox news) will be in their voter base and thus provide an easy win (it's how GOP keeps their seats).

I would also like to point out that one of the biggest liars on Fox News, Hannity, is desperately trying to get Trump to stick to his campaign promises cause otherwise his, lets call it, "indiscretions" could become public knowledge;

Hannity's advice to Trump: Move fast, keep your promises Nov. 10, 2016 - 4:01 - This isn't about coming together with Democrats; this is about dismantling Obama's agenda

Personally, I think Hannity is more worried about the promises that were terrorist in nature rather than the pro-America/Democracy promises such as "draining the swamp".