Background: Republicans Demonstrate How To Kill People With Rhetoric (Something We Know Can Be Done Since The 1900s!)... Can Regular Citizens Get Secret Service Protection Too?

I have been documenting the ways in which "the right wing" has been using rhetoric under the guise of "free speech" to kill people (for a while). In this post I finally have a complete picture. Not saying it will work for everyone but that the link between Fox News using rhetoric to influence people (& only claiming they can do such a thing if they want to brag about it) and their stance that they can't do such a thing is a lie. The following illustrates where Donald Trump's very public rhetoric is leading (keeping in mind that Trump is just a vocal aspect of standard Fox News/GOP propaganda in terms of the political story-line being followed, i.e. this has been standard rhetoric for years, the media has no reason to pick on Trump without picking on the whole GOP except that he's their favorite punching bag. You should have seen then during the Iraq War, they couldn't hide stuff fast enough);

First, a flashback (as expressed in my previous post on this topic in the link in the background for this piece);

What if someone acts on Trump’s rhetoric? MSNBC’s Lawrence O’Donnell looks at the lessons from the 1995 assassination of Israeli PM Yitzhak Rabin after some heated campaign rhetoric and what it could mean if one of Trump’s supporters takes his incendiary comments about Hillary Clinton seriously.

Second, a more detailed look at toxic rhetoric and what it is doing;

Highlights (from 8mins into the video); 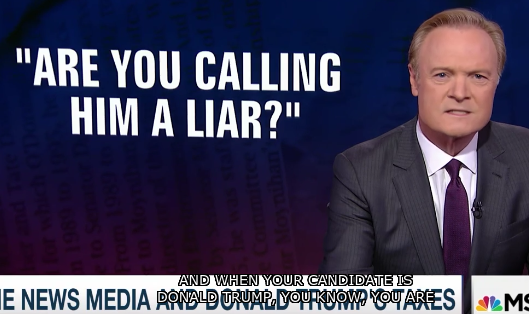 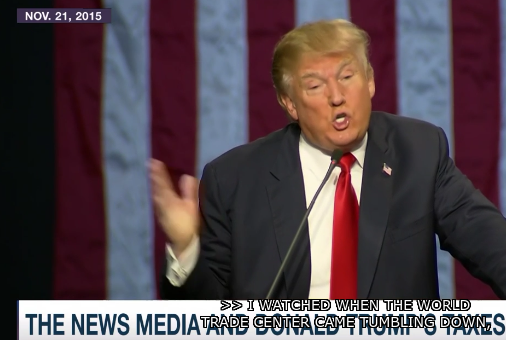 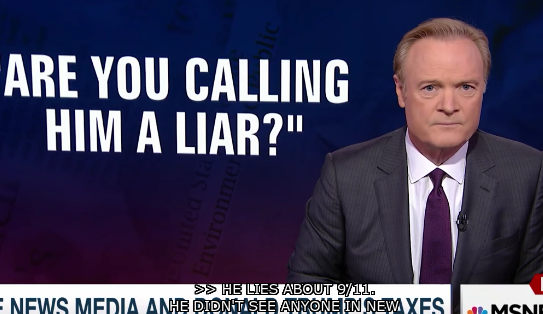 I've argued that Trump's rhetoric is no different from the GOP's rhetoric. The following are examples from recent times but the rhetoric online was just as toxic before Trump, if you take into account John McCain's flip flopping to his base, Trump can't be blamed as the sole reason for this rhetoric but as an influential part of the GOP machine; 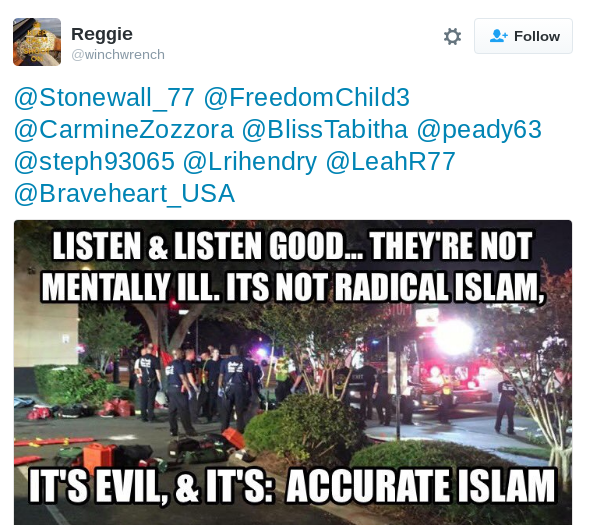 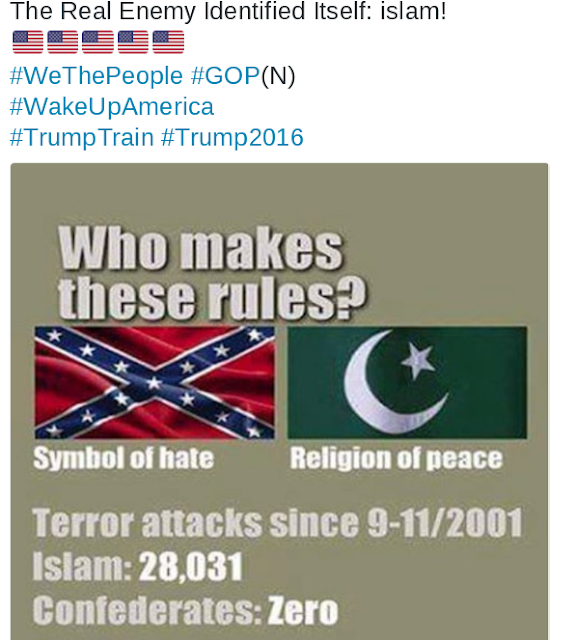 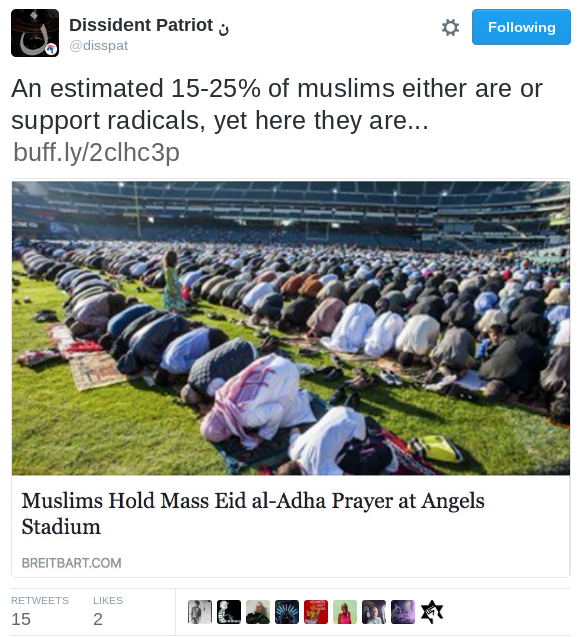 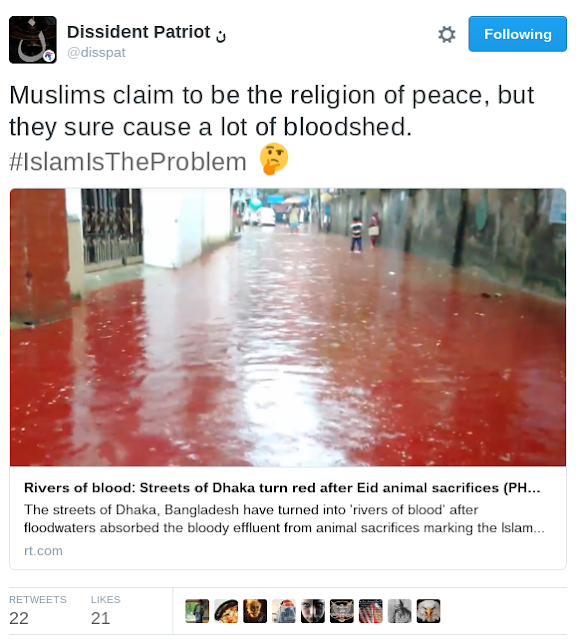 
The sort of effect this has on a certain percentage of the population (millions of people) leads to this sort of behavior; 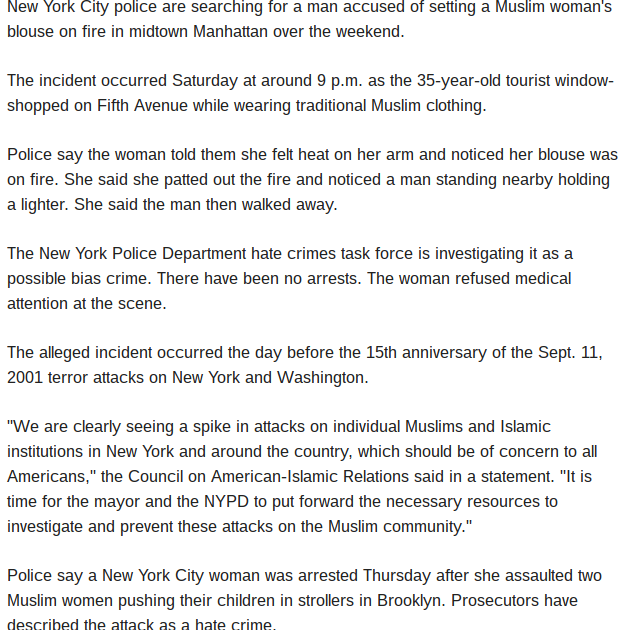 Which is just an offshoot of standard GOP rhetoric on Liberals; 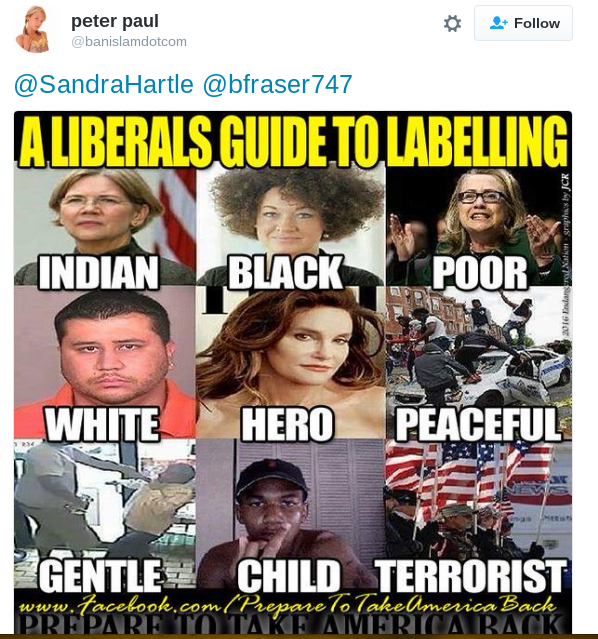 (Source - I covered the basic mentality of this here.)

Like I've explained before... we are just watching the effects of GOP/Fox-News rhetoric. Here is a list of proofs;


Some more proofs of terrorist rhetoric being allowed as long as it's Fox/GOP;

Muslim Killings Explained: Frank Luntz is an equal opportunity demonizer and/or saint maker
&
Republicans Demonstrate How To Kill People With Rhetoric (Something We Know Can Be Done Since The 1900s!)... Can Regular Citizens Get Secret Service Protection Too?


Articles showing there are a serious problems with Trump says as we enter the General Election season;

CNN: Businesses could pose conflicts of interest for a President Trump

Alternet: Is Trump an Aberration? The Dark History of the 'Nation of Immigrants' His language may be hateful, but America is no stranger to Trump's anti-immigrant policies.

Salon: Recession hangover and the rise of Trump: His rise is fueled by an anger based on fiction

Salon: GOP Rep. Steve King slams Colin Kaepernick: “This is activism that is sympathetic to ISIS” "I understand that he has an, umm, Islamic girlfriend that is his fiance and that this has changed him" (connects to the sort of rhetoric we have come to expect from the GOP)

Alternet: Kentucky Governor Suggests Violence if Hillary Wins "Whose blood will be shed?" asked Bevin. "It may be that of those in this room.'"


Alternet: The Normalization of Evil in American Politics The racist, misogynist, authoritarian strain has always been there, but Trump’s candidacy has brought it into the mainstream. And media have helped.

TruthOut:  The Toxic Myth of US Innocence: From "The Deer Hunter" to Donald Trump

Alternet: ELECTION 2016: Why Does Trump Survive Scandals? Because Scandals Are Part of His Appeal Trump spreads stories about his own corruption to try pretend that he is honest.

Salon: Trump targets “the FDA Food Police,” calls for elimination of food safety regulations in new tax planAlarm: This is not a joke


Note: If transparency hurts Trump and he can't show his taxes then we have a serious problem because that means he's not only hiding something now, he will do the same as President. That much lack of transparency would be a scary precedent. It was scary with Mitt Romney and it should be even more scarier with Donald Trump.

Salon: Trevor Noah on being mixed-race in apartheid South Africa: “I was just living this life of being a physical crime” Noah sat down with "Late Show" host Stephen Colbert to promote his new book, "Born a Crime" (GOP rhetoric leads to this sort of perception on a general level, Liberals are just stronger & in a larger majority here then they were in South Africa)

Salon: More dangerous than Trump: Why we should fear Mike Pence for refusing to call David Duke “deplorable” Pence's decision to not rightfully label an unapologetic white supremacist was a strategic choice and message

Alternet: Trump’s Lie About the Iraq War Is Just an Excerpt of a Greater Deception

Salon: Trump’s no Einstein: But his ignorant, illiterate answers to the campaign science quiz reflect a non-stupid strategy Trump says there's no climate change, and no money to fix it -- but his non-answers aren't as dumb as they seem

Salon: Donald Trump’s spineless foes: Lurking within the Republican Party is deadly silent opposition There's more resistance to Trump inside the GOP than you might realize; people are just too scared to come forward

Salon: WATCH: Seth Meyers compares Trump’s charitable donations to “saying you have a private jet when you only have a private Jetta” Trump's camp claims he's given $100 million to charities, but sans tax returns, less than $10,000 is accounted for

Salon: The general of gossip: Colin Powell’s leaked emails depict a juvenile busybody rather than an elder statesman Colin Powell's immature and silly emails show why he should stay out of the election and maybe start a blog

Salon: Beware the murder stats: Why the right will use them to smear Black Lives Matter and how the left can fight back Forthcoming FBI statistics will likely reveal a murder uptick in 2015, but it wasn't caused by Black Lives Matter

Salon: Trump supporter who punched 69-year-old protester with oxygen tank sought by police While Trump chided Hillary Clinton for calling some of his supporters "deplorable," some were punching protesters

Alternet: Watch: Pastor at Black Church Interrupts Trump's Clinton Bashing "I invited you here to thank us for what we've done in Flint, not give a political speech."

Salon: On Fox News, Trump trashes Flint pastor who rebuked his political attacks Trump told "Fox & Friends" he thought Rev. Faith Timmons was "out to sabotage" him: "She was a nervous mess"

The following links explores this theme of using rhetoric to hurt or kill people with numerous examples and facts;