Trevor Noah Slams Hillary On Telling Aides To Shut Up About Her Email... Hillary's Judgement Is So Bad & Aristocratic It's Scary. Lets just keep Obama For A 3rd Term? Electing Hillary Is Basically Electing The Clintons For A Third Term Anyways.

Except for health insurance for kids at the START of her career, before she became Co-President and is now running for a third term by switching the leader around, what has Hillary done? (even that kid insurance thing can be seen as a cynical tactic to gain political power and nothing else. Especially when you factor in the fact that that seems to be the only really good thing she did. Everything else was just marketing bad ideas and apologizing for them later or not depending on the tactic being employed);

Hillary's decision making skills: 1. Hillary pushed a crime bill, last time she was Co-President, with known problems at the time. She apologized for it when the polls said she should. Private prisons made alot of money on it and bills were made to keep these prisons full so they COULD make a profit. 2. She did the same for a bill for immigrants which she touts as an accomplishment but worker conditions are so bad they might as well be called our new slaves or a "sex and debt slavery program for latino immigrants" (fits her relationship with ex-Nixon adviser - and hidden Reagan adviser - Henry Kissinger, i.e. "The illegal we do immediately; the unconstitutional takes a little longer." ). The pattern is Hillary pushes a bad bill for "experience" and then apologizes it when she can't get away with it anymore. [Outline of Hillary's "decision making skills" continued below.]

Trevor Noah points out Hillary told her aides to not bother her about irrelevant laws: HILLARY CLINTON'S LIKABILITY PROBLEM MAY 26, 2016 - For the first time in the 2016 presidential election cycle, polls show that GOP candidate Donald Trump is beating Democratic hopeful Hillary Clinton. (4:26)

Turns out Hillary actually DID violate some laws on the email thing (obviously the Democrats aren't going to prosecute themselves when they won't even indict Bush & Cheney); 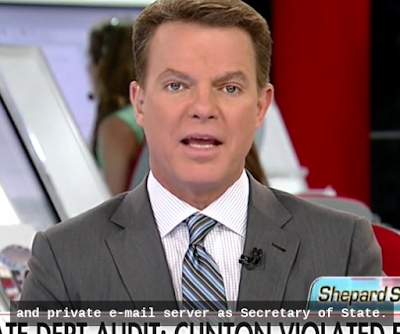 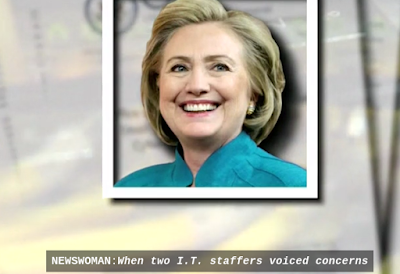 She didn't do much more than EVERY Bush Era Republican before her, including Secretary of States & Governors so that's no big deal. The problem is her sense of entitlement which, based on Bill's recent meeting with the Attorney General, is clearly something they both share.

She actually approached the whole email issue like an aristocrat. A King (or Queen rather). She makes bad desc ions AND she expects to be treated like royalty while acting like a spoiled tyrannical brat. This is horrible! 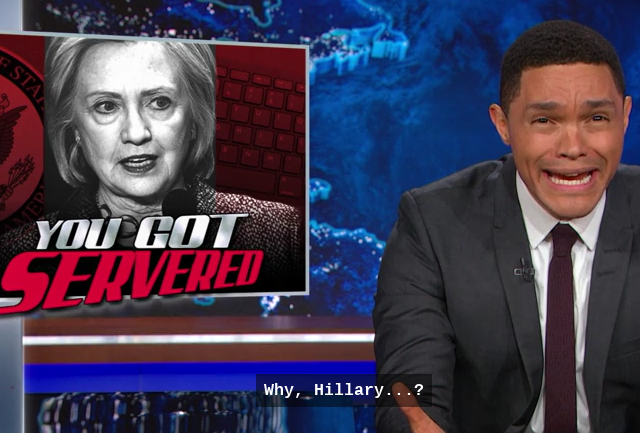 Is it over? Is America screwed for good?

Hillary's decision making skills - continued: 3. She voted for the Iraq war - with passion - and said it was a mistake when public polling turned the other way. Didn't try to expose the Iraq War crimes (& probably was in on the decision making to pardon Cheney). 4. Her and her husbands position on deregulating the economy to the point where the glass steagal act didn't matter anymore (which they removed since it was useless by then), advised by Alan Greenspan who was infatuated with the economic theories of a refugee from Russia and wrote only fiction (Ayn Rand). Most definitely not an economist. So one can't argue these are rational people with rational friends. They still tout this horrible approach to the economy as a plus which is scary in it's own right even if I don't include the Clinton's pattern of doing something really bad and then apologizing for it when people find out it was bad. Then they make another bad decision and the process continues. What they are trying to do now is keep knowledge of thier bad decisions at a minimum to win a third term. That in itself is scary when you take the "Super Delegates" into account. 6. Did the same reversal from the previous policy she pushed to win an election for the LGBT community. 7. She uses 9/11 to push herself nonsensically like Bush & the Republicans did. 8. She lies as if it's a habit. In any case, lies is how she won and she ENJOYS lying. 9. She markets policies which are known to be bad. (Well, Obama did too. Clearly pushing a few high paying jobs for people with a ton of student debt is more important than helping blue collar workers... but he is still INFINITELY better than Hillary when decision making history is taken into account. Our lords want to make debt slaves of all Americans to hide thier crimes (struggling to survive disengages people from participating in politics). That can't be helped. All politicians follow their plan in some way. Sometimes just by believing the crap they push as "talking points".)