First make sure you familiarize yourself with how the - mostly white - media misconstrued Trump's words to suit thier own needs to prove they are not racists (unconsciously, to themselves);

It this post I continue to outline how Lawrence O Donnell is pulling people's heartstrings with their weird, almost racist, diatribes as I outlined in the post listed as the background for this post above. 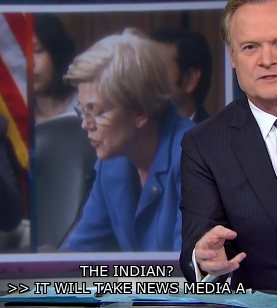 Lawrence O Donnell just rambles on about a white girl being a native american like anything a white girl says is true if she believes it to be so and if anyone think their beliefs are funny (especially looking at the genetic and tribe evidence, or lack of it) then it's a slur. Remind me of the last post on this topic but in a reverse way. Still racist but weirdly so.

I already covered how there is no proof of Warren being a native American and it's just a fantasy some white girl searching for identity is holding on to. It's kinda racist if you compare pictures of what a REAL native American looks like compared to self-professed Native American girl Elizabeth Warren (which I did).... which the "non-color conscious" liberal media can't see. To them all white people look like Native Americans. Makes sense since they killed em all so they have to reference points to what one looks like.

Here is Lawrence o Donnell (a white dude) trying to protect a white girl (Elizabeth Warren) from the Native American "racial slurs" a white man (Trump) appears to the liberal racist media to be hurling at poor Native American, Cherokee girl because she-thinks-she-has-high-cheekbones Warren. Sounds more sarcastic to me than anything else.

This isn't something new. It's been a focus of study in media outlets that the - mostly white - media like to avoid;

He pulls out some unrealted history; 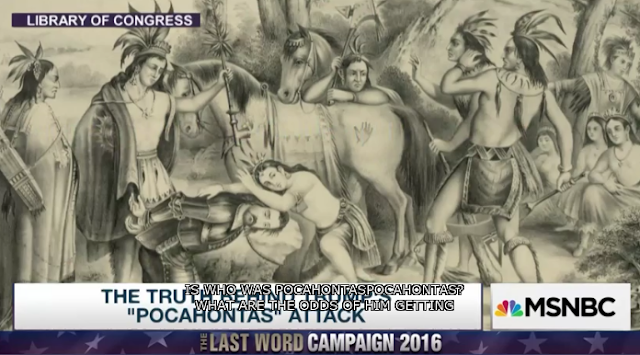 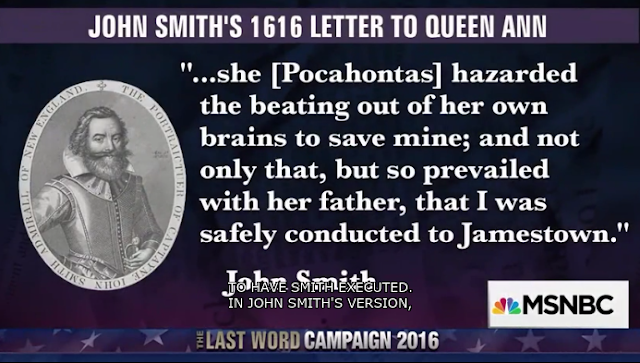 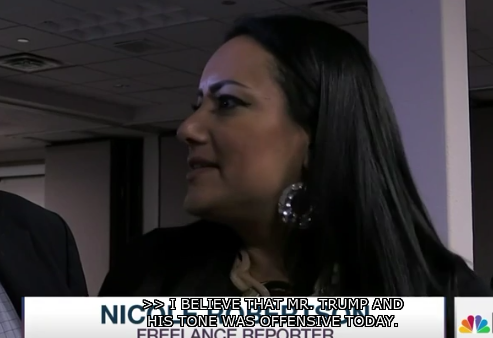 This woman finds Trump offensive and thus his tone offensive. I bet even if he sang Pocahontas she would find it offensive. It's the media narrative for so long that everyone is biased by it (you guys DID help Traitor Inc in the slander making it more widespread and effective) 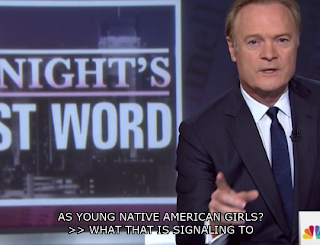 What does a Disney movie signal or calling a team "The Redskins"? Here is what Native American's - especially white ones - DON'T find offensive (what I'm saying is that they are just parroting what they are being told by our useless corporate media. There is ample proof of that here). Watch what Pocahontas sing in an unoffensive way since she is just a cartoon and not a real white person;


Then Lawrence O Donnell continues to pull heart strings with his emotional, though inaccurate, bullshit.


Here is another weird "pro-woman" emotional thriller by Lawrence O Donnell where he goes deep into his psyche to explain how what Trump was saying was basically pedophilia when it wasn't... Lawrence O Donnel was just projecting his innermost thought onto Trump. Here is an outline of that;

The first time I wrote this I was laughing so hard I think I didn't quite get my point across. Let me try again.

Last Word: Will Stop Trump continue momentum in NY?Lawrence explains why he thinks the leader of the "Stop Trump" movement has always been Donald Trump. How will the “Stop Trump” movement fare in the NY primary? Lawrence discusses with anti-Trump PAC founder Katie Packer, radio host Charlie Sykes and Stuart Stevens
. 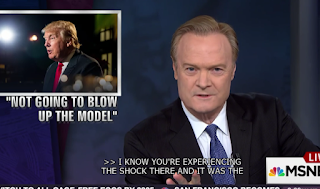 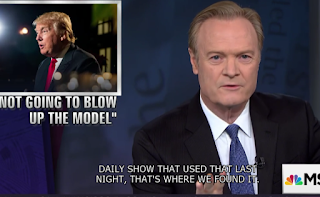 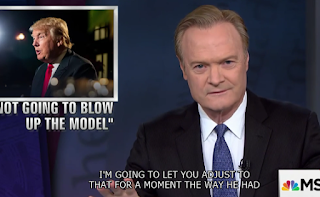 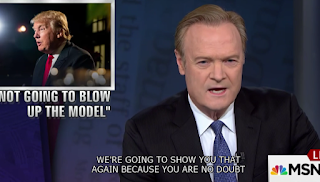 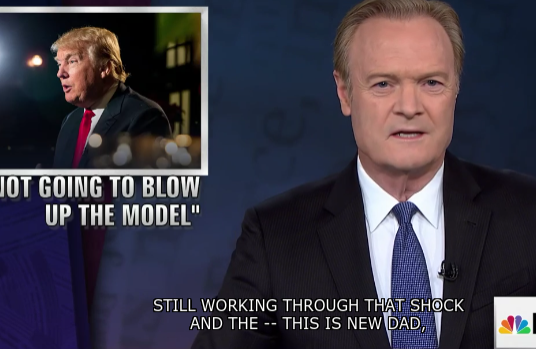 OK. He says what he thinks to be most important about what Trevor Noah thinks he heard: NEW DAD 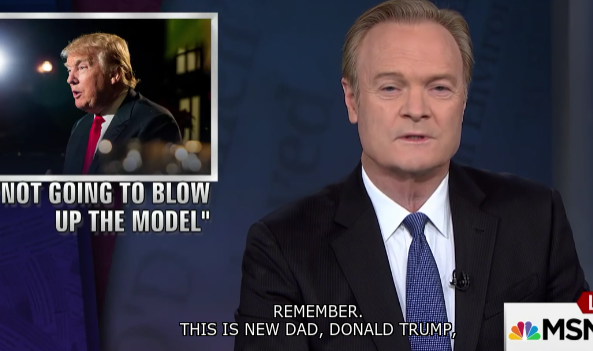 REMINDING US: THIS IS A NEW DAD 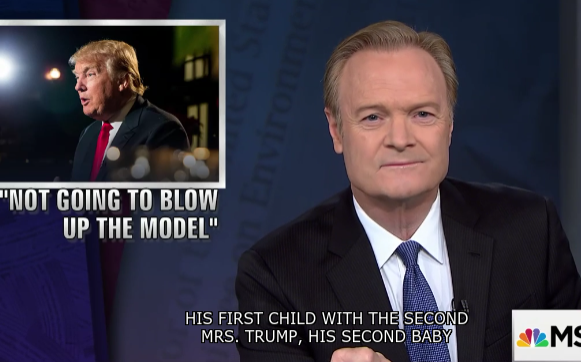 OK. Building his case that this is an important child (why?) 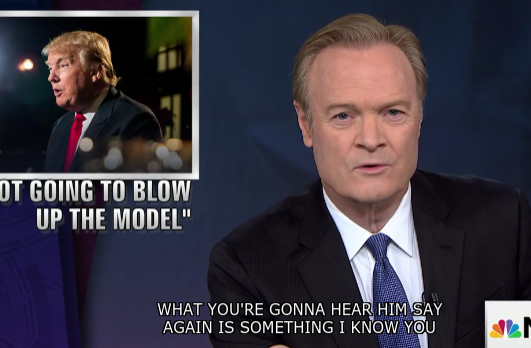 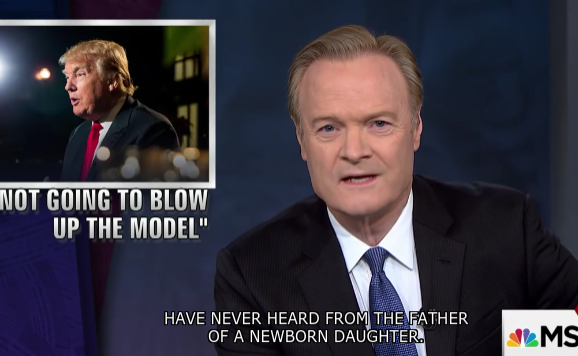 Once again, he makes it VERY clear that this is not something you would hear FROM THE FATHER OF A NEWBORN DAUGHTER. 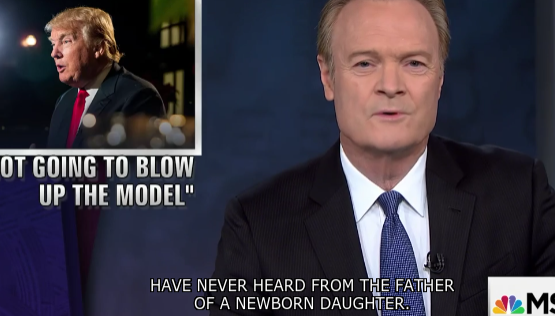 Let me repeat that: YOU HAVE NEVER HEARD SUCH A THING FROM THE FATHER OF A NEWBORN BABY. This means he DOES hear it from guys WITHOUT newborn babies. Get it?

I seriously don't want to ever meet this guys friends.

As Lawrence Of Donnell further explains... 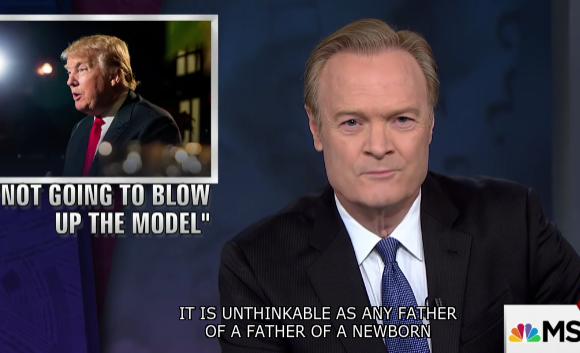 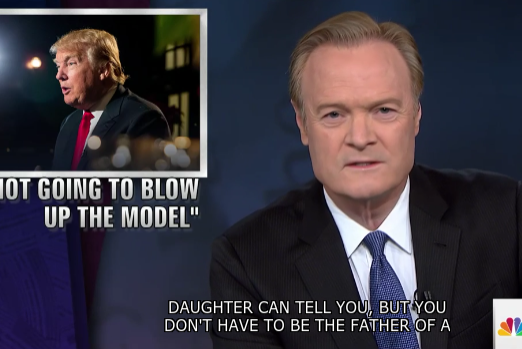 As he explains: IT IS UNTHINKABLE AS ANY FATHER OF A NEWBORN DAUGHTER CAN TELL YOU.

Then he continues with, but you don't have to be the father of ... 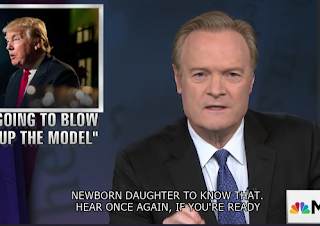 .... a newborn daughter to know that (implying 'some men know that WITHOUT having a newborn daughter'... not like Mr. Weirdo LAWRENCE O DONNELL here)
Doesn't know if she can win a beauty pangent yet. Lawrence O DOnnels pedophilia c thoughts was a Freudian slip, Nothing else.


Basically all Lawrence O Donnell & Rachel Maddow are doing is try to manipulate people with emotional rubbish using facts as a starting points - sometimes. What they basically are is con artists pushing weird ideas that they think will sway people to thier side while exposing what sort of people they are.