We are no longer dealing with a useful corporate media. Each one will drop journalism in an instant to push the propaganda of a pet theme. This post is just to outline the outright hypocrisy of the Clinton camp, that a large part of the liberals have become (even where they are pretending they are not to get Bernie supporters);

This one is weird... Maddow copies Clinton like Napolitano copied Ron Paul 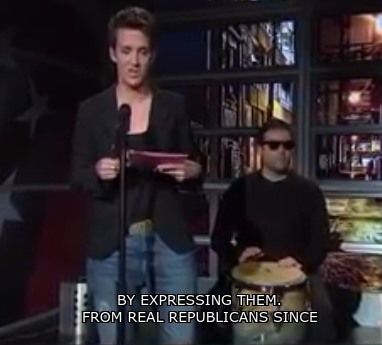 ... and she goes on expressing comments from 'real Republicans' like that for a while. It's like the Hillary camp and the GOP camp (that includes Paul Ryan and the Koch brothers) have come together around a common cause. Get Trump. I thought I would point out what these people, who these "patriotic" Hillary supporters are allying themselves with, have a past. Who you ally with and for what reason says alot about who you are (my guess is Rachel is most like Jar Jar Binks). Rather than go through Maddows research of traitor Republicans, I thought I would go through Hillary's list.

Here is a reminder of who these people - whose insults the Hillary camp is taking as truth - really are;

"President Trump" is a dangerous proposition.

Here are some screen shots of what Hillary found to be revealing about Trump (reminds me of the whole GOP style propaganda thing the media has been doing about Trump over his Mexican illegals comment); 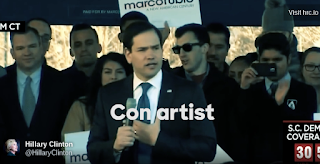 Marco Rubio supported the weird bill that
In other words, even if a doctor doesn't require an ultrasound the woman must have something inserted into her vagina for health reasons (GOP Establishment figures LOVE to bring Big Government into vagina regulation for some reason).

Of course, he's a GOP establishment Republican. That should be enough. But OK. Lets see what else she got with words on it so I can make screen shots... 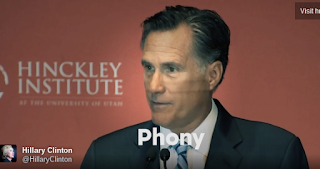 Really? From Mitt Romney? Here is a couple of reminder of the 2012 convention theme;


Mitt Takes One Of Obama's Comments Out Of Context & Makes It His Campaign Strategy! 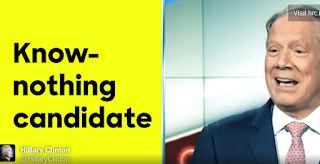 This from a guy who supports the removal of science and facts from public discourse... 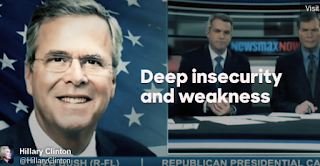 To do what? lie? Jeb Bush lied alot and felt no insecurity or weakness, is that what he means? 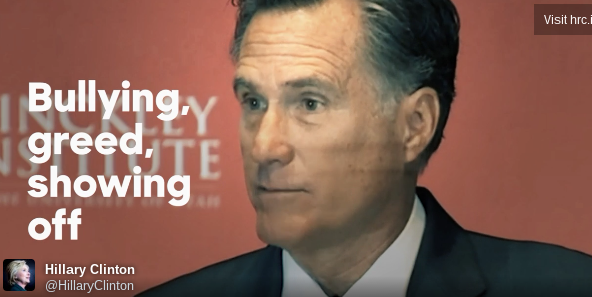 Reminder of who the REAL greedy bully is;

The Daily Show with Jon Stewart
Get More: Daily Show Full Episodes,Political Humor & Satire Blog,The Daily Show on Facebook
Notice at approx 2 min 50 sec into above video = Bain capital made a huge profit AND steered the company into bankruptcy... if you destroy a company to make money how can you trust that person with the economy of a country?

VIDEO: In 2002 Mitt Romney touted D.C. connections, ability to get millions of taxpayer dollars from federal gov’t
Back in March, ABC reported the following, but it’s likely that fewer people were paying attention, so, it’s time to revive the story:. 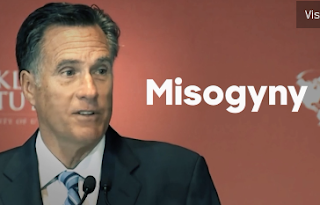 Blog post: Fox News & The GOP Have Been Demonizing Latino's For Ages... Why Now Pick On Trump? He's Getting The Same Percentage Of Hispanics That Mitt Romney Got And He Hasn't Even Started Running A General Election Campaign Yet!

Blog post: Planned Parenthood Ruling Reflects Racial Bias (Or, Maybe, A Complete Disregard Of The Beliefs Of The Right Wing Population In America By People Calling Themselves Shrinks) 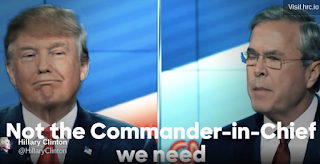 No. What we need is the guy whose brother lied about the Iraq War (which Hillary voted for) and whose destabilization led to a rise in terrorism and the creation of ISIS. Or lets just look at Hillary's Bush like behavior and the countries she has personally destabilized and people she has murdered... clearly we are not dealing with opinions from people with any credibility... and if they do have credibility it's the media's fault for not setting the record straight. As my recent posts have proven by now, I should hope.

1. Watch Larry Wilmore Put All The Blame On Zimmerman While Leaving Out The CAUSE Of His Release, i.e. Right Wing Media Including Fox News

2. Fox News & The GOP Have Been Demonizing Latino's For Ages... Why Now Pick On Trump? He's Getting The Same Percentage Of Hispanics That Mitt Romney Got And He Hasn't Even Started Running A General Election Campaign Yet!

3. Super Delegates And Corporate Media Bias Prove That The "Democratic" Party Should Be Disqualified AND Disbanded For Rigging The Elections To Serve It's Party Agenda