Black People Only Care About Black Lives Not Brown Lives... Makes Sense (They Think) Afterall, All Brown People Are Terrorists! So Killing Them Is OK. Vote For Hillary!

Background:
1. Watch Larry Wilmore Put All The Blame On Zimmerman While Leaving Out The CAUSE Of His Release, i.e. Right Wing Media Including Fox News
2. Planned Parenthood Ruling Reflects Racial Bias (Or, Maybe, A Complete Disregard Of The Beliefs Of The Right Wing Population In America By People Calling Themselves Shrinks)


As I expressed to them on twitter, I think black people in America have taken on white people beliefs to an alarming extent. For example; In white people mythology white is innocence and black is evil (as opposed to the dual forces of nature that appears in the light and dark of the Tao Te Ching symbol in the other completely fair race on the planet... who appear yellow to white people? Or did to some of them at some time... I'm guessing the social rejects who came to America's frontier to start a new life?). This belief appears in their cultural belief system in ways that are ridiculous (thus termed "superstition" or more accurately a false and personal belief which is yet believed) that 'crossing the path of a black cat can bring you bad luck'. Anyways, I'm getting off track again. The Point is black people are just as willing to kill other colored people as long as they are not black and are thus as racist as white people (a white people belief black people have adopted over the years... such as Christianity?) 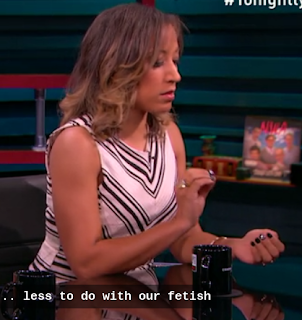 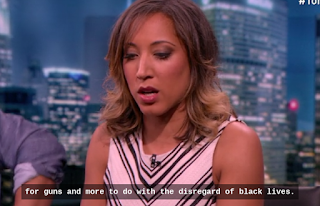 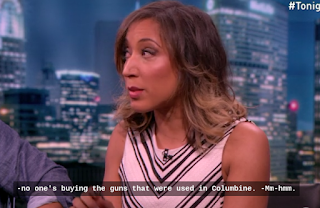 No one is selling them either. 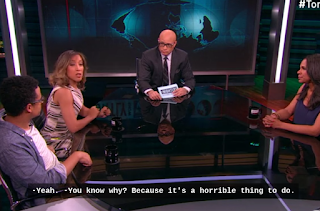 No, He was found innocnet so he can do whatever he wants with his guns as they don't get taken by the police.

Robin points out that it's just that 'black lives don't matter'. True. What's interesting is that to black people, brown lives don't matter. How can I tell this? Hillary destabilized two countries, killed hundreds of brown women and children THAT WE KNOW OF (I know, I know, they were terrorists, including the ones at the weddings... all brown people are terrorists. Men, women and children... that's why no one feels any guilt... like how killing Native Americans or slaves must have been during slavery times and how lynching black people must have been before the civil rights movement) and still black people support her. The reality is that black people care about brown people the way white people care about black people, i.e. with extreme prejudice. All of this is just pure hypocrisy. Proofs below.

What I what to point out here is that black people only care about black people (on the whole, as any country only cares about it's own - unless run by aristocrats) and although black people have accurately portrayed the racism and and discrimination towards them by a white class that is slowly leaving the age of slaves, native american genocide and the KKK (KKK was pretty much everyone at one point, especially in the South, where you can still find innocent black people being thrown in prison for white people crimes like in the old days of 'Kill the Mocking Bird'.) As a consequence some of the black community have developed a sense of anger and self righteousness that is deserved in one sense and undeserved in the other (considering pure racists are down to about 30%, i.e. 3 in every 10) BUT what I find interesting is that for all thier hootin and hollerin about black lives killed they don't care for the lives of colored people in other countries who are being systematically slaughtered with the Political Establishment's approach to colored people countries as 'destabilization fodder' ('I came I saw I conquered them damn Moors' - Hillary on Libya).

So far between Vietnam, and middle eastern countries such as Iraq, the American war on colored people countries seems to be growing and not diminishing (Yemen is the perfect example of unnecessary violence for a false 'war on terror' ). One constant in all the destabilization policies and strategies for colored people's countries has been Henry Kissinger, who was the right hand man of Nixon - known to prefer KKK guys over others - and somehow escaped being called the racist that he is (as has Hillary, interestingly enough) and he continues to kill colored people with his new protege Hillary.

Ultimately, if you support Hillary Clinton you support the death of innocent brown people and thus stand for nothing real, (i.e. you have no credibility).