This talking point is about Bernie Sanders. The part left out here is how the media influences primaries and how caucuses use arguments to convince people to their side (which overcomes the media's treasonous coverups and truth telling and since the media doers both it doesn't really matter if caucuses become more common than primaries). Links below with proofs.

What's the deal with Nebraska Democrats? Steve Kornacki explains the unusual primary process for Democrats in Nebraska, where Bernie Sanders already won the caucus in March, but Hillary Clinton is poised to win the primary (but no new delegates) tonight.

Here Steve Bennen explains that a major talking point of the Clinton's campaign for a third term is that she gets more votes in primaries and less vote sin caucasses; 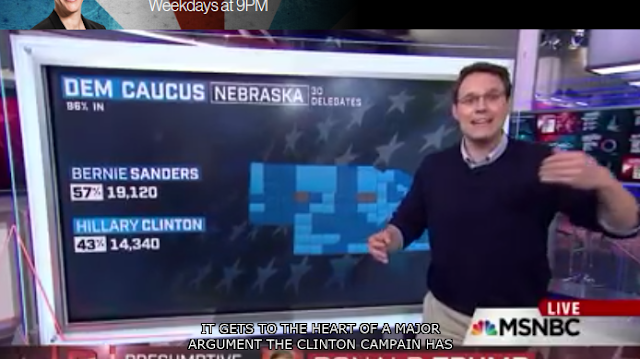 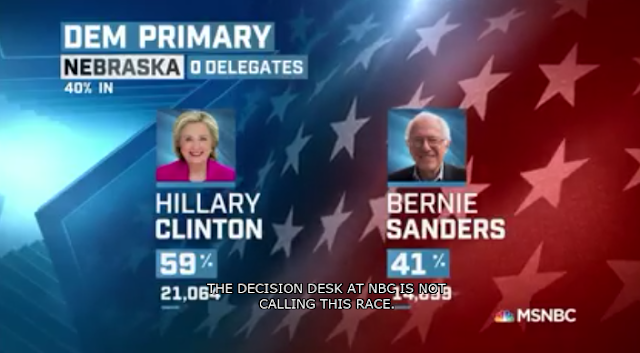 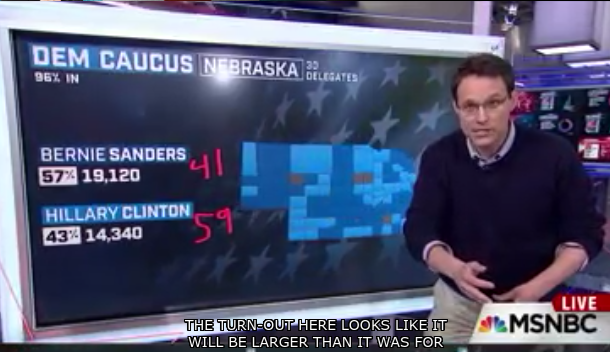 What's the explanation for why this happens? Well, Hillary hasn't told them so they got nothing to say. I'll explain it.

Caucasus have people arguing and debating and giving speeches so when the media covers up stuff like the Iraq War or does a Bernie Sanders media blackout and proves they are stupid by not understanding Super Delegates THEN someone can point out these facts to the people and THEN they can vote.

Problem is that in a primary any facts the media leaves out is NOT included in the voters decision making for the candidate. If the media wasn't constantly betraying the people with it's treasonous bull shit lies and coverups and wasn't accepting Hillary's talking points without questions so as not even to point out how media creates momentum through perception, as explained in the last post, then she wins.

Email ThisBlogThis!Share to TwitterShare to FacebookShare to Pinterest
Labels: Maddow Show SHould Be Renamed The Hillary Talking Points Show