Watch Larry Wilmore Put All The Blame On Zimmerman While Leaving Out The CAUSE Of His Release, i.e. Right Wing Media Including Fox News

Why are you blaming Fox News talking points on Trump? All he is trying to do is to implement the policies that Fox News has "proven to be true". No big deal.

DONALD TRUMP SET HIS SIGHTS ON THE LATINO VOTE - MAY 16, 2016 - Eliza Cossio reveals how presumptive GOP presidential nominee Donald Trump can win the Latino vote in the general election. (4:10) 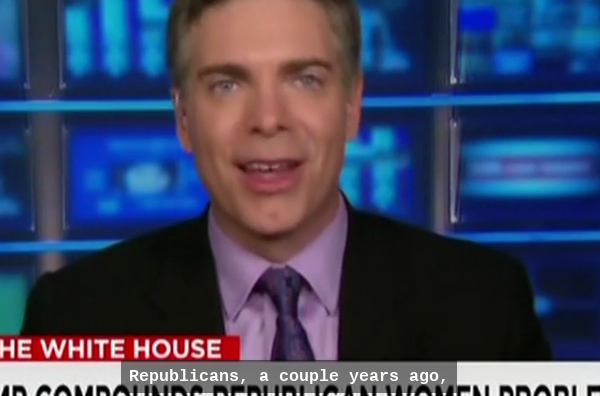 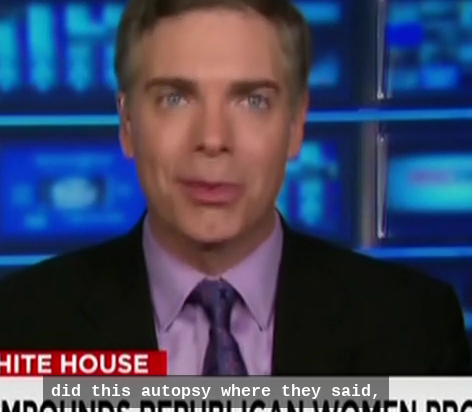 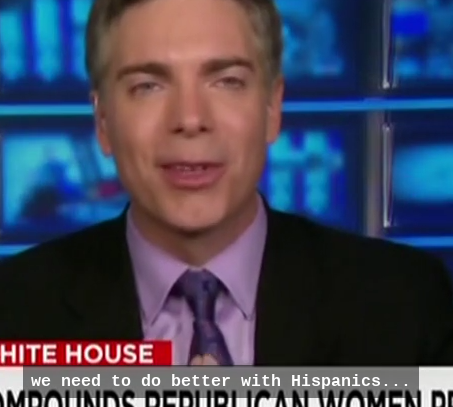 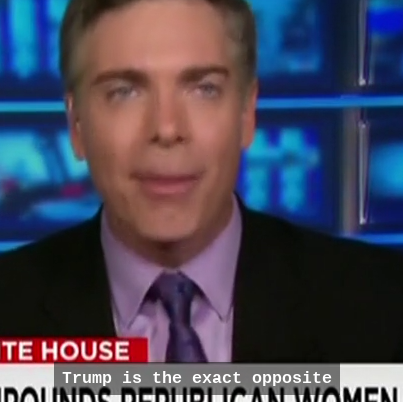 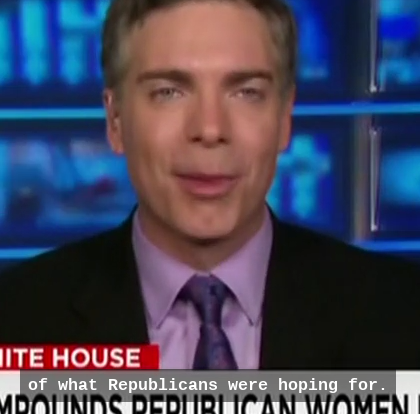 Daily Show leaves this extract at "Trump is the exact opposite of what the Republicans were hoping for"... in what universe? Am I the only one that was around this last couple of years? Trump is simply making policy for Already ESTABLISHED GOP/Fox talking points... it's what the GOP/Fox-Anchors mean when they say 'The american people want... (blah blah)'... i.e. what they mean is that 'the people we have trained only to believe as are repeating back what we told them to believe and that is this....'

If the Republicans were hoping for someone better why did they drum up hysteria over amnesty granted by Obama to the SAME percent of illegals as Bush & Reagan before him? If they wanted to make their base like Hispanics then creating feelings of betrayal wouldn't be the thing GOP/Fox-News were talking about... but it's a part of thier tea party base that was taken over - sneakily - by the KKK a long time ago and, of course, Fox News knows this. SO what we have here is a case of who can shout their lies the loudest;

History exposes GOP immigration outcry as bogus - Rachel Maddow reviews instances of Presidents Reagan and H.W. Bush taking executive action on immigration, contrary to anti-Obama Republicans who insist that President Obama's proposed action in the absence of a bill from Congress is unprecedented.

Article Extract:
WASHINGTON (AP) — President Barack Obama's anticipated order that would shield millions of immigrants now living illegally in the U.S. from deportation is not without precedent.

Two of the last three Republican presidents — Ronald Reagan and George H.W. Bush — did the same thing in extending amnesty to family members who were not covered by the last major overhaul of immigration law in 1986.
There was no political explosion then comparable to the one Republicans are threatening now.
A tea party-influenced GOP is poised to erupt if and when Obama follows through on his promise. He wants to extend protection from deportation to millions of immigrant parents and spouses of U.S. citizens and permanent residents, and expand his 2-year-old program that shields immigrants brought illegally to this country as children.
"The audacity of this president to think he can completely destroy the rule of law with the stroke of a pen is unfathomable to me," said GOP Rep. Steve King of Iowa, an outspoken opponent of relaxing U.S. immigration law. "It is unconstitutional, it is cynical, and it violates the will of the American people." {Editors note: Steve King is one of the "Legitimate rape" Republicans. Not a guy you would want around your family. }
Such strong feelings are common among congressional Republicans. GOP leaders warn that an executive order from Obama would "poison the well" and severely damage Republicans' willingness to work with the president during his final two years in office.
Some Republicans have even raised the possibility of impeachment.
Nearly three decades ago, there was barely a peep when Reagan and Bush used their authority to extend amnesty to the spouses and minor children of immigrants covered by the 1986 law.
In 1986, Congress and Reagan enacted a sweeping overhaul that gave legal status to up to 3 million immigrants without authorization to be in the country, if they had come to the U.S. before 1982. Spouses and children who could not meet that test did not qualify, which incited protests that the new law was breaking up families.
Early efforts in Congress to amend the law to cover family members failed. In 1987, Reagan's Immigration and Naturalization Service commissioner announced that minor children of parents granted amnesty by the law would get protection from deportation.
Spouses and children of couples in which one parent qualified for amnesty but the other did not remained subject to deportation, leading to efforts to amend the 1986 law.
In a parallel to today, the Senate acted in 1989 to broaden legal status to families but the House never took up the bill. Through the INS, Bush advanced a new "family fairness" policy that put in place the Senate measure. Congress passed the policy into law by the end of the year as part of broader immigration legislation.
"It's a striking parallel," said Mark Noferi of the pro-immigration American Immigration Council. "Bush Sr. went big at the time. He protected about 40 percent of the unauthorized population. Back then that was up to 1.5 million. Today that would be about 5 million."

GOP employs selective memory on immigration - John Stanton, Buzzfeed DC bureau chief, talks with Rachel Maddow about the extent to which Republican animosity toward President Obama biases them against policies, like immigration reform, that they might otherwise support.
The immigration drama by the GOP is just plain hypocrisy, as usual. Obama is giving amnesty to the same percent of people as Bush & Reagan before him. Unfortunately, Reagan's policy of death squads for South America, courtesy the US Government, is bearing fruit and we now have more immigrants fleeing the destruction GOP policies caused. So the number of people that are getting amnesty is larger.
GOP & it's pet, Fox News, may argue that percentage doesn't matter for this case only numbers do. This is normal, they use this strategy with many of their lies & deceptions, i.e. they use numerical numbers when they want to dissuade someone from considering an idea to make it seem like too much and they use percentages for stuff they want to promote (this varies while carrying on with the same theme of lying & deceiving it's viewers...
The following videos by the Daily Show proves this point of GOP hypocrisy about numbers & percentages.

World of Class Warfare - Warren Buffett vs. Wealthy Conservatives - Warren Buffett's op-ed is a thoughtful treatise on the advantages the super-wealthy currently enjoy at the hands of the tax code, or to put it another way, "class warfare." (4:48)


The Daily Show
Get More: Daily Show Full Episodes,The Daily Show on Facebook,Daily Show Video Archive
Notice: Fox-News/GOP talk of percentages for the minority group they protect but numerical figures with examples of piles of money when attacking majority interests. (Get it?) That's how they fooled their base into over reacting to the immigrant thing that was basically just Obama following established Presidential tradition... established by REPUBLICAN Presidents!