#LastWord's Lawrence O Donnell Has Decided To Portray Himself As A Watchdog When He's Really A Lapdog!


Lawrence O Donnell is a total hypocrite. Here he is acting like he's a steward of morality and good reporting but his networks (& his own silence) indict him as a liar & possibly, nay likely, a traitor!

This arrogance is what I wanted to take issue with; 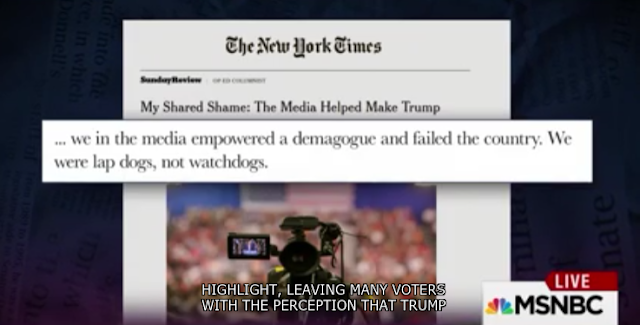 I've documented the media's Iraq war cover up - WITH Jon Stewart & Others - in vivid detail. See for yourself...

First, hypocrisy by his own channel (to show a chain of command);

Second confirmation from the underground media in the US;

Bush's Legacy: A Bill Moyers documentary exploring how mainstream media failed to question the war in Iraq
So Wrong for So Long: Greg Mitchell on How the Press, the Pundits — and the President — Failed on Iraq

Confirmation from a non-US based media source (CNN International);

Amanpour On Iraq: Where were the journalists?

Confirmation from US Sources;

Lawrence O Donnell IS a lapdog PRETENDING to be a watchdog by acting like he's trying to expose something when all he really does is cover stuff up. What a total hypocrite.