James Carville Goes Off On Sanders As We Discover Sanders Is Only Democrat IN "Democratic Primary"!

'It really doesn't make any sense'James Carville - poses this question to Chris Hayes about Bernie Sanders: 'Why would the Democrats nominate someone who's not even a Democrat?' 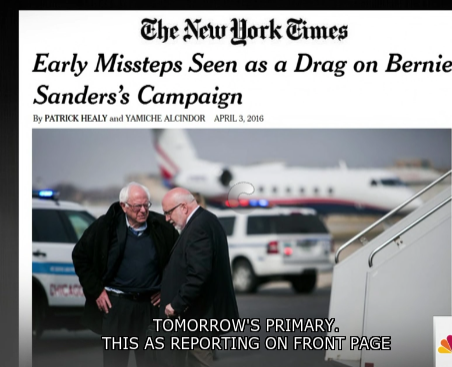 As I explained in my post before this one, Bernie shouldn't have withdrawn on Hillary Clinton being unqualified. Such mistakes in the face of bulling and a smear campaign probably scared the Sanders Campaign :( 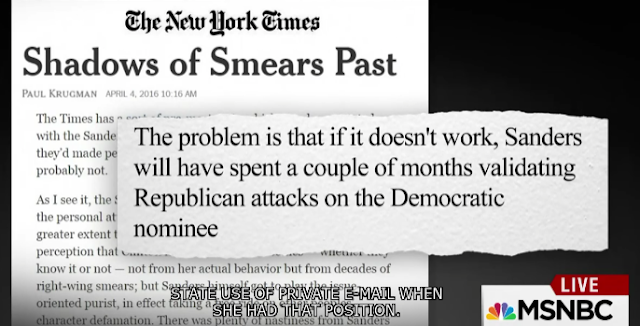 The "Democratic Nominee" is more of a Republican than a Democrat and is being elected UNDEMOCRATICALLY - related posts:


Hillary Clinton: Republican For President, (Documentary) - Proves Hillary Is More Like A GOP Establishment Republican Than Anything Else!


Proofs That Hillary Clinton May Really Be A Republican Posing As A Democrat! Explains So Much!


Hillary Is Not Qualified Because She Always Makes Atrocious Decisions That Pull The Country To The Right, NOT The Left & Harm Citizens Over Business Interests

Just plain hypocrisy by the Democrat Establishment is all see here. 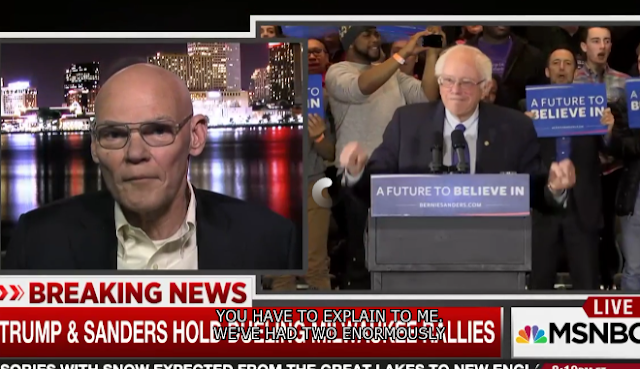 And while Carvill shouts off on Sanders not being a Democrat we discover that he really IS the ONLY Democrat in the race! As I explained it my last post on this;
Articles make it clear what she said:'He hadn't done his homework': Hillary bashes Bernie for botched Wall Street interview (for a magazine that is clearly doing a hit job on Bernie cause it decided to endorse Hillary... being a big campaign donor)Clearly she is saying Sanders isn't ready i.e. he's not qualified. Sanders called her out for not being qualified for her Iraq War vote & Wall Street cash through her Super Pac. Since then he has gone further and called her out for her racist attacks on blacks to pass the crime bill... but he should never have backed down from that statement in the first place. You had her Bernie Sanders!
On another note;It's incredible that the outcry from this statement from Sanders - an accurate one - was so great that what the Sanders Campaign did was run away, like all Democrats are known to do. And the bullies, who tend to be democrats but in this case are Hillary & Bill Clinton (Democrat Establishment), tend to win the day. The interesting part? I can prove this is more than just a coincidence. In reality the real Democrats here is Sanders and the Republican (GOP Establishment) candidate here is Hillary Clinton. Even Obama would agree with this assessment... at least, the Obama before Hillary, Bill & Henry Kissinger scared the crap out of Obama so that now she is claiming credit for Obama's hard work on the economy which she said he wasn't qualified for. Obama has a textbook case ofStockholm's Syndrome if you ask me, but no one is asking. 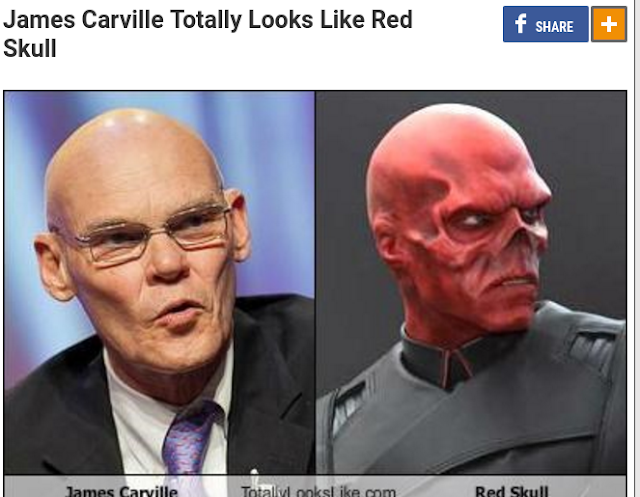