As I worked my ways backwards from Pedo O Donnell's weird confessions, I discovered the following videos which Lawrence O Donnell mistook for real news (understandable since he and his buddies haven't done real news in years, i.e. context of news changes if any coverups are done in media). So here is one of Trevor Noah's more funnier segments, based on a misunderstanding, yet funny as hell;

DON'T FORGET: DONALD TRUMP WANTS TO BANG HIS DAUGHTER - DECEMBER 8, 2015 -  Republican presidential hopeful Donald Trump has an extensive and unsettling history of hitting on his own daughter Ivanka Trump. (5:35) 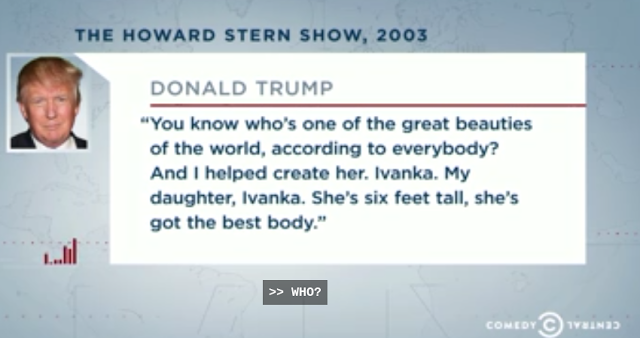 Some background to understand one thing about how Donald Trump thinks, he sees everything as a gimmick, a money making strategy... and he actually OWNED the Miss World, Universe pageants so judging beauty AND marketing it comes naturally to him as he has been selling the brand for years;

Article extract: Trump was formerly the partial (and then total) owner of the Miss Universe Organization, which means that the Miss Universe, Miss USA, and Miss Teen USA pageants were all making him some sweet, sweet cash as of six months ago.

...after the September 2015 sale, Donald Trump is officially no longer connected to Miss Universe or Miss USA.

OK. So, now that we have some context the rest of this COMEDY segment makes sense. Keep in mind Trevor Noah isn't even from America and probably has no idea who Trump is. He sees he is unpopular in the media & is like 'I want to participate as well!'. So he came up with a VERY funny comedy skit that is based on a misunderstanding to begin with (which is often considered to be good comedy, btw. Someone should tell Pedo O Donnell that) 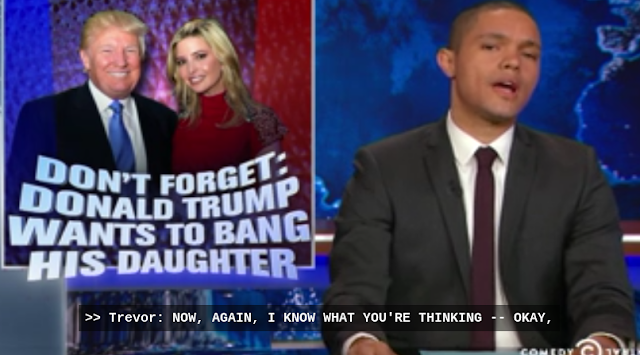 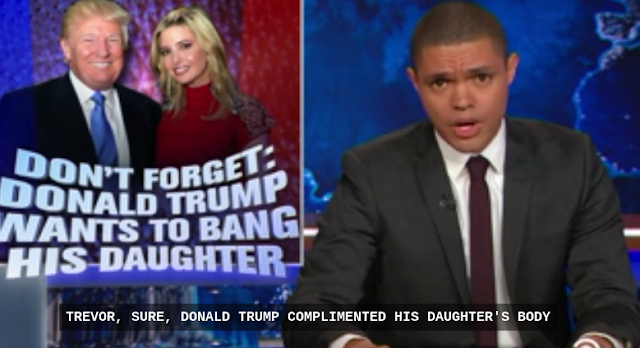 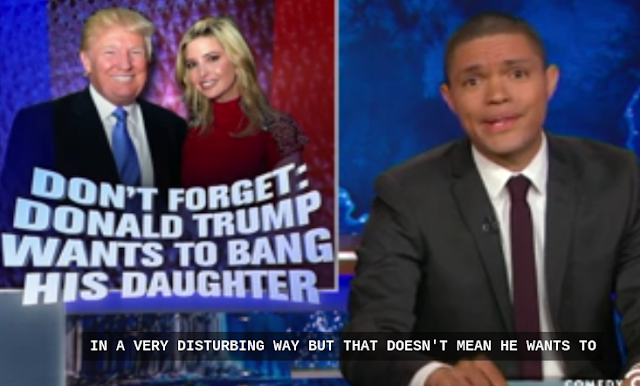 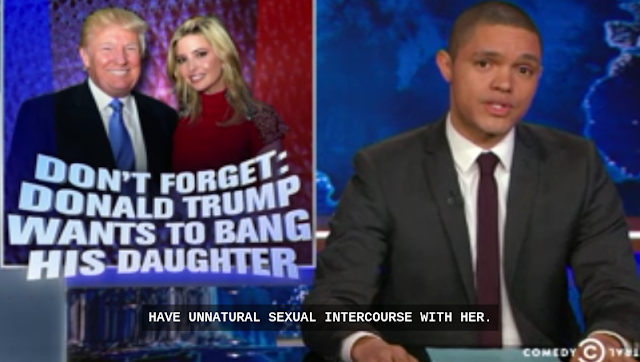 This is probably more of Trevor Noah's fantasy. Donald Trump uses shock and awe in his marketing. IN other words, "no publicity is bad publicity". 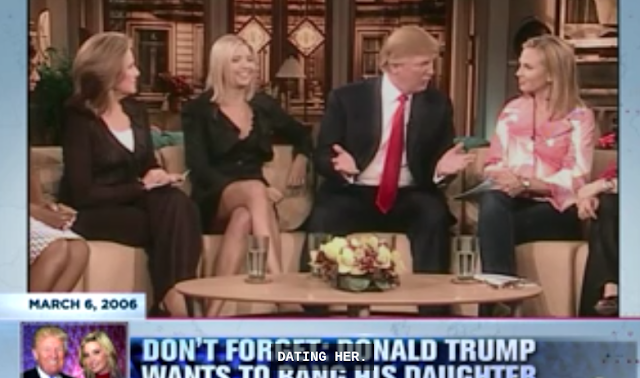 Embarrassing for sure. Daddy's normally talk like this with thier toddler or teen daughters. Not full grown women? I admit, I'm confused why this is a big deal in America. On the other hand, I am familiar with the weirdness of the idea of calling hanging out with your daughter "a date". But it's pretty damn common in the west nowadays so I can't think of why it would be such a problem (unless you are not from this part of the world or you have some ulterior motive);

A date with Dad

10 Daughter Father date ideas from around the world 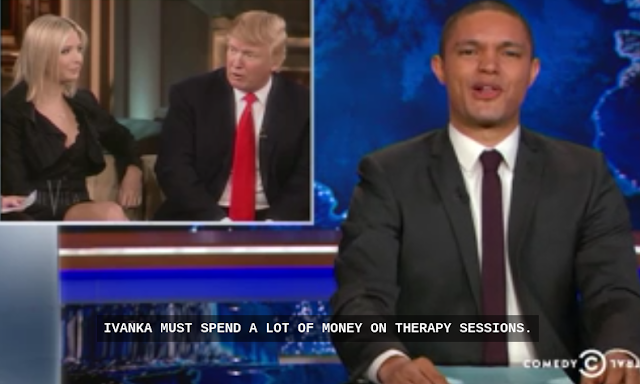 Ultimately, what this comes down to is a VERY embarrassing parent who is proud of his daughter and her beauty (he created her) and overdoes his marketing sometimes (i.e. pushes the shock value as shock and awe is what he deals with in his marketing style, like a shock jock)... as Trevor Noah clearly figured out...

Laurence O Donnell, being the political establishment lapdog, decided it was OK to ignore that this was a joke, i.e. a comedy segment based on over marketing by Donald is his sales pitch fever, but nothing else. Fortunately, we now know we have a very scary person on TV in Mr. Pedo O Donnell that we should probably keep aware of, so this segment has had it's uses.

I thought this would make a great example of how much Donald Trump keeps selling stuff (it's like he's an obsessive salesman!).

Side Note: The reference to Donald Trumps pageant thing, shows Trevor Noah is beginning to learn more about Trump (just give him a few more months) 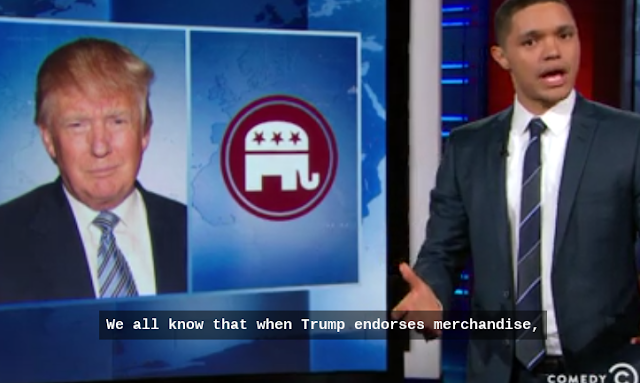 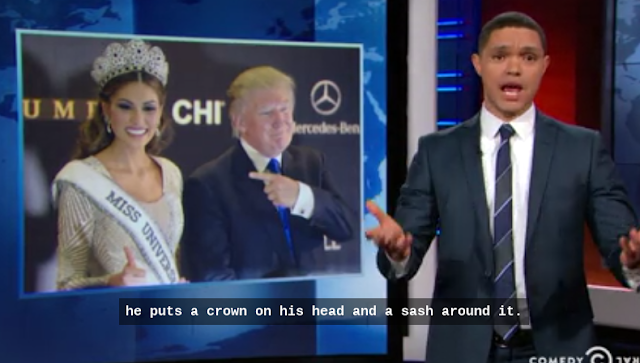 Since the product had the same idea as Mary Kay it's a legitimate sales idea for those interested but the economy wan't good enough... but what's most important about the episode this clip is from is the moment of zen, where we learn in Donald Trump's OWN words what it is

From the Moment of Zen of this episode; 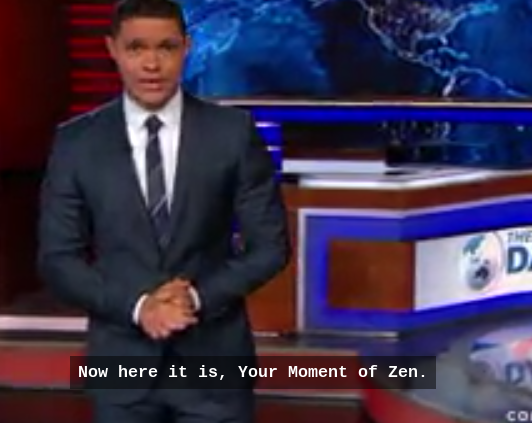 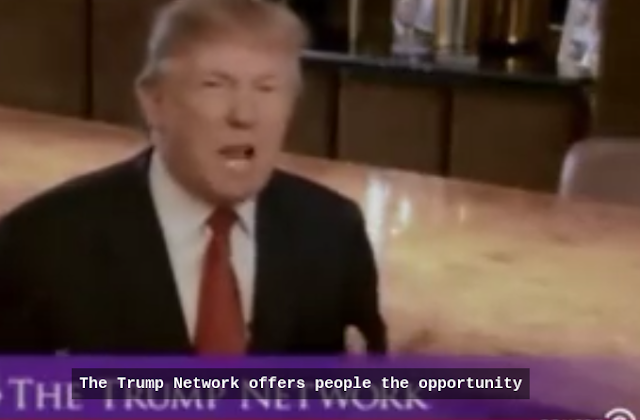 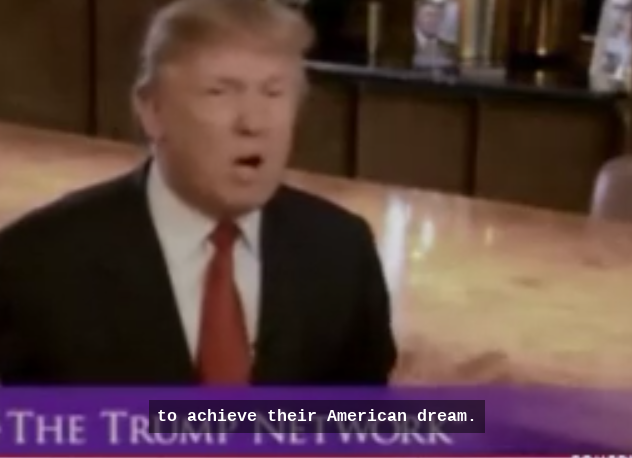 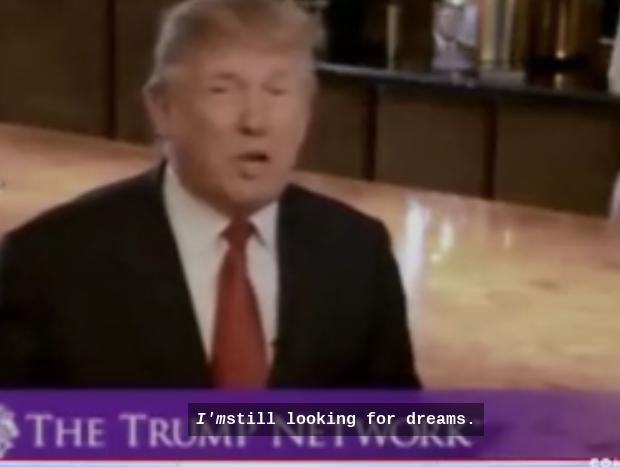 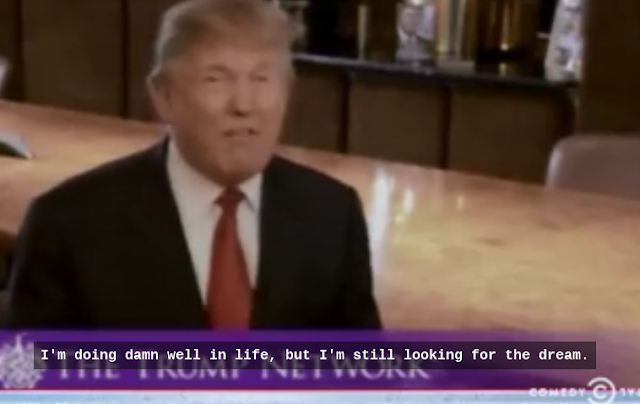 Now lets compare him to  his competition, shall we...