Trevor Noah and Jon Stewart on John Kasich compassion towards the average American/blue-collar-workers. 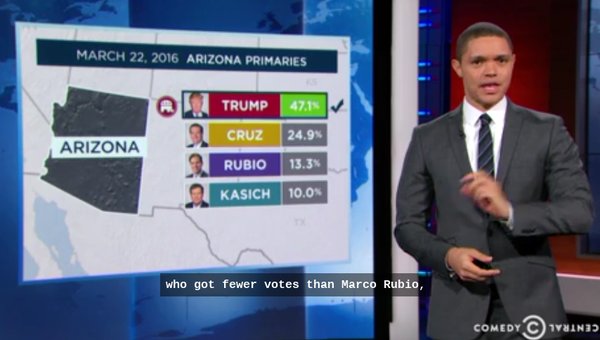 Except for Ohio, which Kasich probably won because Ohio is a liberal state and Trump scares liberals, Kasich has won nothing and even lost to Marco Rubio in Arizona AFTER Marco Rubio dropped out of the race. That's incredibly bad.


GOV HURTSMARCH 24, 2011 - The relationship between Republican governors and their states goes from cool new boyfriend to psychotic stepdad. (7:40) 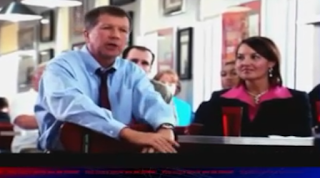 Screen shot from when the TV news reader is saying that Kasich took 12 million out of children s schools; 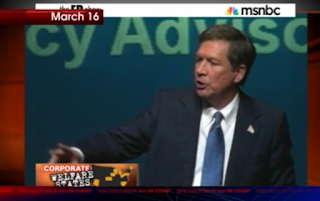 This is a normal GOP Establishment "Anti-Citizen" policy, i.e. here they sell the lives of citizens to the highest bidder which happen to be rich campaign donors, er, corporate employers; 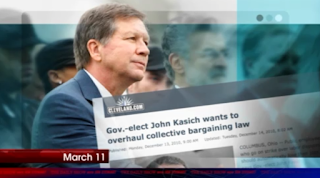 Ronald Reagan supports unions and collective bargaining in a speech from the 80s. (00:09)...

"Where free unions and collective bargaining is forbidden, freedom is lost." Ronald Reagan 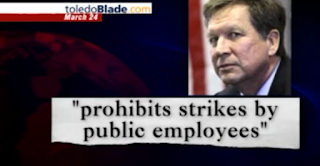 A fundamental right in a democracy. 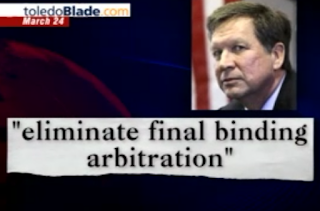 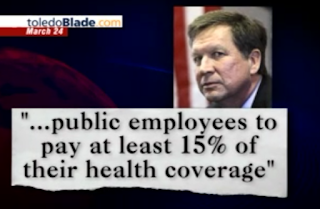 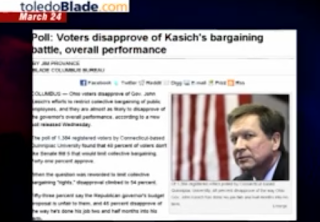 This is just a screen shot from the video that I thought was funny; 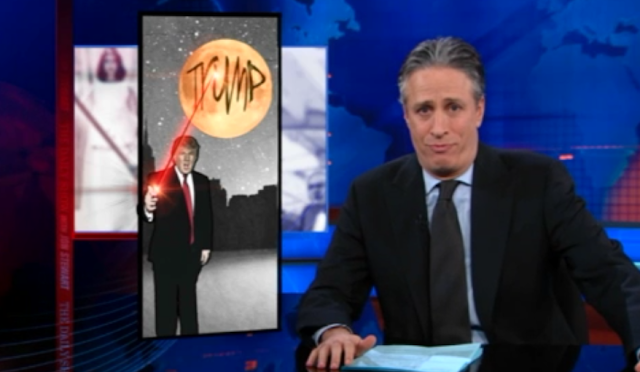 Trump likes to put his name on quality products even if he can't manage it perfectly. Having Trump want to rename America to Trumpica would just mean he would make sure his name is on something good that people like. That's alot more than these GOP Establishment guys have given to us (based on their records) and alot more than they have in thier treasonous economic plans & history. (links below)