People forget that while the "GOP Establishment is angry with Ted Cruz for the shutdown" it wasn't because he did a bad thing, in thier view, but THAT IT BACKFIRED IN PUBLIC OPINION.

To give this some context, notice that the One Republican congressman who voted against shutting down the government was called a traitor. That's how bad it got and how IN BED WITH SHUTTING DOWN THE GOP ESTABLISHMENT REALLY WAS.

There also seem to be quite a few signs that Ted Cruz is secretly working with the GOP Establishment, such as his recent meeting with Jeb Bush, well known traitor.

Here is a Daily Show look at what happened back then;
Representative Scott Rigell: Republican Traitor...

Here is a full flashback of what happened with The Daily Show so people will stop with the silly lie that Ted Cruz is anti establishment. Lets start with how the GOP Establishment exploited veterans in thier publicity stunts to get out of the hole they had dug themselves into...


The Height Of Bulls**t: Could there be a higher octane fuel for the Fox News false outrage exploitation engine than wheelchair-bound World War II veterans?  (06:19) :

Note: Did you know that the ONLY sensible alternative story is that Ted Cruz wanted to be a part of the establishment TILL he was rejected, i.e. he is being "anti-establishment" out of revenge for a personal slight... isn't that interesting? (He certainly voted WITH the establishment while he was Senator - see images of voting record below, i.e. most it was all WITH GOP Establishment votes) 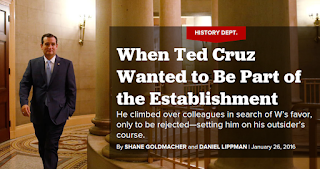 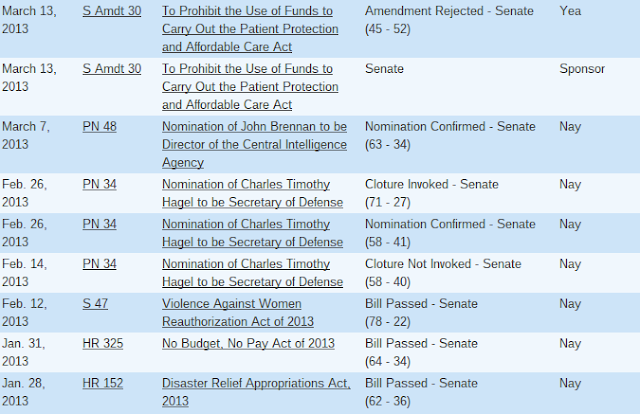 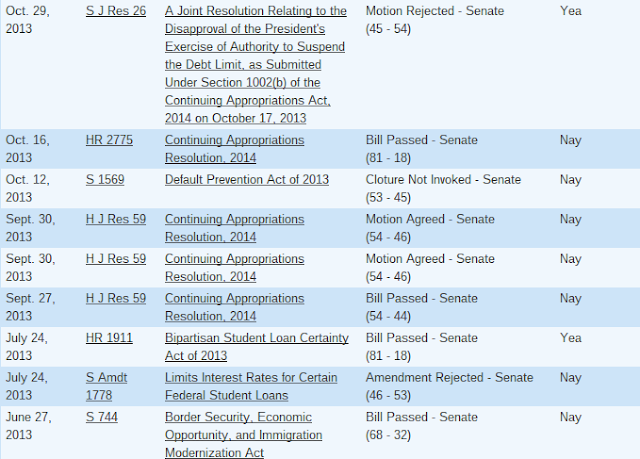