John Oliver Talks About The Costs Of Trump's Border Wall Idea & I Offer Solutions To Make It Cheaper, Electrify The Fence & Make Mexico Pay For It... Eventually.

John Oliver talks about Trumps idea for the wall, how his estimates of the wall have been going up, what Jon Oliver's own research team has come up with about the cost of the wall and Mexico's response to 'paying for the wall' (very funny). What follows are my comments on how to make the wall cheaper, electrify it and get Mexico to pay for it, bit by bit;


Trumps initial idea of a concrete wall with steel beams (with transport and labour and land costs) seems to come to about 29 Billion dollars (based on John Olivier research teams estimates). That seems expensive but possible. Of course, the wall is no big deal. Hillary Clinton herself supports a wall though she claims she just wants a bike fence or something like that. Kinda defeats the purpose of the wall so I'm just going to assume she's lying and she will change her position in the General Elections, so , moving on.


To make the wall cheaper;

Instead of dozens of feet of concrete wall, why not just have concrete pillars just a dozen or two dozen feet high with electrical fences in-between (with regular cut off points so each section is controlled separately from other sections of the fence so it all doesn't ever go out like Christmas lights if one bulb is unscrewed and to take into account extreme weather events). Pillars and wire fenciing will be sonsiderably cheaper than trying to biuld another Great Wall of China that can be seen from space.

To electrify the wall:

Every few miles we build a small - self sustainable - energy production facility which would power a section of the wall. Each electricity production facility can have it's own type of alternative energy such as sun or solar (so we don't have to pay for oil etc we just use the free earth given energy to power the wall);

Here are just some of the alternative but cheap methods of producing electricity (including from garbage!);

To make Mexico pay for the fence;

As the alternative energy production facilities are upgraded  over time and increase in capacity for making electricity we EXPORT some of this energy across the border at low prices (since it's EXCESS production for us we can sell it cheap & undercut the local market) and we sell it to border towns and work our way into the country. The profits we make from selling electricity to Mexico will eventually pay for the fence in full. i.e. Mexico pays for the fence.


Note: Texas will be underwater in 35-50 years so the wall should probably skip Texas and go along the Oklahoma border instead; 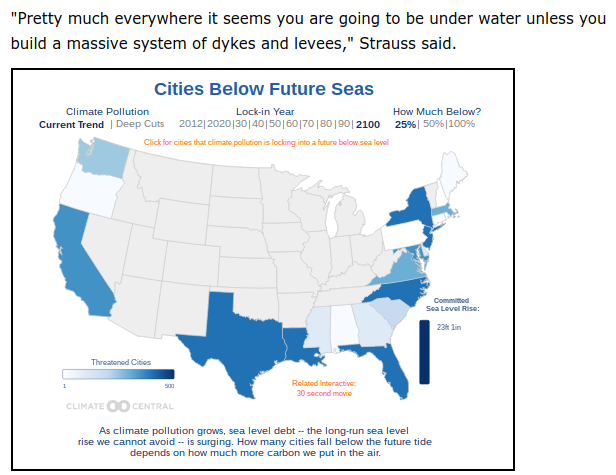