Notice the odd resemblances between Mitt Romney & the Clinton's and his sudden contested convention strategy to help Hillary... certainly makes it seem like there is a concentrated effort by the establishment to keep it's hand hold on America, both left and right sides of the establishment. The Clinton's support of NAFTA & TPP has created an economy where the rich take all the money and the poor are allowed to get poorer. The Democrats & GOP establishment BOTH pursued the awful TPP bill despite HUGE disapproval based on facts (& the fact it was put together secretly).

The facts are simple. If you seek to implement GOP economics you will not be able to provide what the people expect, i.e. a strong economy with good paying jobs and a chance to "move forward" in life.

On the right, people want the same things they have just been fooled by an amazing con job by the GOP Establishment into thinking that turning the country over to a few wealthy people will benefit everyone else as well.

Establishment economics heads America off in this direction; 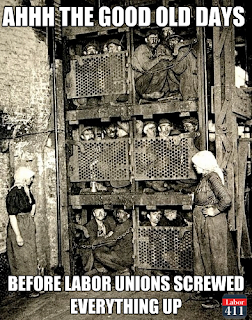 (Even Reagan wouldn't go that far)

Flint is the perfect example of what happens when you turn the economy over to the GOP establishment (why do the Democrats not say anything? They are cowards who bow to the establishment as that's where the money is). Lets take a look at what the GOP Establishment are allowed to get away with (i.e. treason);

Flint water crisis born from mishandled economic crisis - Congressman Dan Kildee talks with Chris Matthews about the economic past that brought Rick Snyder's "emergency managers" who caused the Flint Water Crisis, and the trade conditions that challenge a comeback for Flint.

Kansas is another perfect example of a Koch Brother influenced State. It went bankrupt.

Revenue + Expenditure = A State (or lack of one) ... the example of Kansas;

GOP austerity is a disaster of Greek proportions: Sam Brownback, Bobby Jindal & the economic scam of the century


{Debt Ceiling History Example} The GOP's/FoxNews's Primary Goal Is To Do Anything To Win Elections INCLUDING Destroying The Economy If Necessary!

Marco Rubio's Promotion Of Fake Economics To Help the GOP

Ted Cruz & Eric Cantor Demonstrate How Economic Treason Works In The GOP, In This Post