Can you imagine what it must be like to be a half white half black guy ascending to the Presidency with about half the white male population calling you "The Anti-Christ?". It must be scary... especially if you know about 9/11 and now have power that several in the government wouldn't want you to have. So what would you do if you were ever in such a crazy situation and people were dying around you before you can even take reigns of the government and you have a whole media channel devoted to lying about you?

CNN: In a recent CBS interview, Obama said he's been spending a lot of time reading up on Lincoln, a further sign that he may try to channel the former president's successes. Obama said he was reading presidential historian Doris Kearns Goodwin's 2005 book "Team of Rivals," which focuses on Lincoln's Cabinet."There is a wisdom there and a humility about his approach to government, even before he was president, that I just find very helpful," he told "60 Minutes" correspondent Steve Kroft.When asked whether he would be willing to put political enemies in his Cabinet, Obama responded, "Well, I tell you what, I find him a very wise man."Lincoln, after all, put a political rival in his administration: fellow Republican and New York Sen. William Seward. He fought a hard campaign against Lincoln, often using his experience as a reason why he should win the party's nomination over the Illinois politician. Seward later lost the vote.The same held true for Obama's former primary rival Sen. Hillary Clinton, who is being discussed now as a potential pick for secretary of state.Like Seward, Clinton is a senator from New York and fought a long, bruising primary battle, albeit a Democratic one.

Watch analysts weigh in on Clinton's future »But as Obama considers Clinton and even Republicans for the Cabinet, the use of a Lincoln playbook may not help."A lot of what has been said as a historian strikes me as a little misguided. [Obama], for example, is modeling himself after Lincoln by [possibly] putting Hillary Clinton in the secretary of state," Forner said."But, by the way, that was typical in the 19th century. Most presidents took a major figure of their own political party, often someone who wanted the job himself, and made him secretary of state. That was a fairly conventional thing to do."White said Lincoln's strategy was to surround himself with people who were equally strong."And I think one of the comparisons to recent presidents is that they often have put in people from their own states who often are 'yes people' to them. Therefore, they have not been given the benefit of strong contending points of view," he added.So would a team of rivals work today?"I think this is the great question. Would it be possible? I hope it is. I think it's a more difficult task today," White said."The Civil War also helped kind of say, 'we have to have kind of a unity government.' This is a big challenge. I hope [Obama] can do it. I'm not sure he can."Harold Holzer, one of the country's leading authorities on Lincoln and the Civil War, said the state of the nation today may be a major barrier to putting in place Lincoln's playbook."Sen. Obama could have never contemplated a state leaving the country in reaction to his election, which was pretty rough. Lincoln could have never imagined nuclear war, the kind of foreign challenges that occur," Holzer said.

Hillary Clinton, his political opponents, eventually DID become Obama's Secretary of State. Turns out she & Bill are family friends of Henry Kissinger, who complimented her work in the State Department. By simply logic one realizes that Kissinger was complimenting Hillary on her drone strikes. That's where proof of Hillary Clinton as War Criminal, with support from Bill, begins to trickle in.

As the elections wind down we have to keep in mind that we now have confirmed mainstream media connections between Hillary, Kissinger and the GOP.

The Bush's are a rich family who can run in elections and get large funding without saying a word because of thier family connections to past Presidents. Hillary Clinton can also get large funders from corporations (not the masses, which is a warning sign to a conscious media) and is using her connections to past Presidents (two fo them) to win an election. The parallels are there. Obama made it possible for a friend of a War future Criminal to continue gaining power. The Bush's & Cheney's still roam free. Koch continues to fund the entire GOP including the Bushs for as long as Jeb Bush wanted to run (the Bush's must have done so much for them!).

All of this was made possible by Obama taking opponents into his administration. Now Hillary is lying to get ahead. True traitor style. 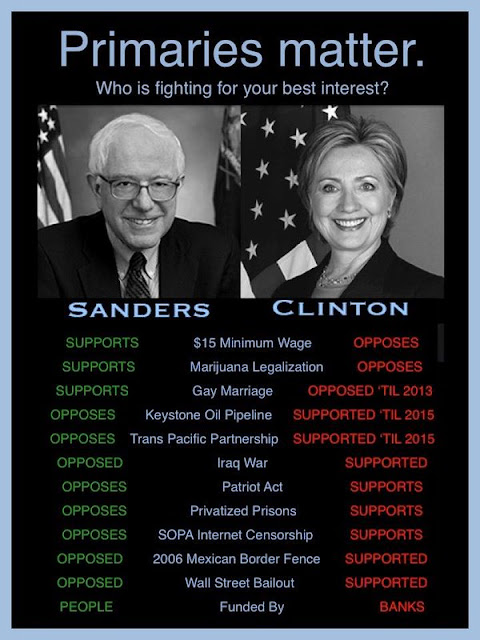 On the flip side, he didn't get assassinated like Kennedy did cause he HAD opponents in his administration.

Obama may not have stopped America's propensity to see genocide as a valid and civilized means of foreign policy (from the Native Americans to Vietnam, Iraq etc) and continue to commit mass murder (especially when he put Hillary, a friend of Kissinger's, in charge of Secretary of State, a position of real power)... BUT Obama did manage to reduce the AMOUNT of innocent civilians killed by random bombing.

George Bush's "shock and awe" campaign killed thousands in days. Blew them to bits. Men, women and children. Obama endorsed 'targeted killing of suspected terrorists' (despite the low probability of hits) was BETTER than bombing whole villages (which Bill Clinton regretted not doing to POSSIBLY kill Osama Bin Laden... why Obama was able to do just that without killing ANY innocents is anyone's guess). Unfortunately, there are Republicans in the Military and Fox News continues it's treason unabated. So Obama remains intimidated enough to just 'hope the people can create a mass movement'. When it comes to helping rich people make more money with the TPP (started as NAFTA by the Clintons) he is willing to go off and privately negotiate a deal for the American people. When it comes to arresting criminals he cites 'the people's movements'. Clearly Obama is a Democrat. And no matter Democrats may be (educated cultists as opposed to the ignorant cultists of the right), Democrats are first and foremost COWARDS (I think Hillary is GOP). So he did what he had to do and hid and helped the aristocracy. At the same time he opened the country to free speech that we haven't had in a while, since Bush started calling anyone who disagreed with him, "traitors".

Treason is the act of betraying one's country. When President George W. Bush, Vice President Dick Cheney, Secretary of State Condoleeza Rice, Secretary of State Colin Powell and Secretary of Defense Donald Rumsfeld lied to Congress, the UN, and the public about their reasons for invading Iraq they committed treason. The lie is not treasonous but the consequences of the lie are if they give aid and comfort to America's enemies.
Intelligence officers certainly warned the president and his advisors that the U.S. occupation of an Arab country would ignite a firestorm throughout the Arab world. Those who hated the U.S., for example bin Laden, now had the perfect terrorist recruitment tool.
The Bush administration's basis for seizing Iraq was Hussein's weapons of mass destruction but investigators found no WMD in the country.
The contrived reasons for taking Iraq destabilized the Middle East, spawned Isis and strengthened Al-Qaeda.
Recently the Obama administration said no to a petition to pardon Edward Snowden. Officials said that Mr. Snowden's decision, to “steal and disclose classified information had severe consequences for the security of our country and the people who work day in and day out to protect it.” Whether these allegations or true or not, Mr. Snowden's actions are minor offences compared to those of Bush, Cheney, Rice, Powell and Rumsfeld.

In conclusion, Obama made a mistake putting opponents in his administration but there is question as to how long he would have survived if he had dissed the establishment. Now we are at a possible turning point and at the very least Obama gave the people time.


Stuff Obama COULD have gotten the GOP ON but didn't cause his strategy was to get along with traitors rather than provoke them;


Why Obama did what he did;