Hillary Is Too Close To Bill Clinton. Hillary Should Get A Divorce To Qualify For President!

I've been thinking. Hillary has a problem, proven by science, that forces her to make bad decisions. We know Bill is always behind her, either literally or in decision making for campaign strategy. Bill. The same guy who cheated on her. OK. Moving on.

Since Bill Clinton, an Ex-President is behind Hillary we have to wonder if Bill is making a grab for power. There is a reason we have a limit of 2 terms per person. Maybe it should be 2 terms per family? If Hillary is President that would be like making Bill Vice President and that just seems to be against the spirit of the Constitution. Just my take. And a related post; 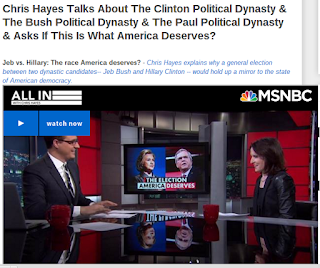 Going deeper; Bill can be linked directly to the CAUSE of the financial crisis of 2008 (literally the same policies were continued at the same pace under Bush). We know he lied about Monica Lewinsky. If Hillary intends to challenge a Trump led Republican party, that has no ties to establishment lies or corruption, then Bill Clinton can become a big liability in a General Election.

There is ONLY one solution. Hillary Clinton must divorce Bill Clinton so we can see her as a separate person and not her run as an unconstitutional third term bid by an Ex-President.