Hillary Clinton Is Lying To Black People About Her Pro-Black Record - It's True. She HAS Accomplished Alot For Them But All Of It Was Bad


In the following video, Ben Jealous talks about multiple hypocrisies by Clinton including the fact that she was supporting private prisons (& thus her mass incarceration bill) before it became an issue on the campaign trail. She also opposed helping black women when everyone supported it. Clinton lies like hell. (clearly she has recently changed her positions to mirror Sanders to con people to vote for her on her current messaging and not her actual record);

Maddow: Ben Jealous draws distinctions in Democratic raceBen Jealous, former president and CEO of the NAACP, talks with Rachel Maddow about the distinctions between Senator Bernie Sanders and former Secretary of State Hillary Clinton as presidential candidates, and why he endorses Sanders.

Her support for Private Prison's just ended. Till now, if black people went to jail, she made money; 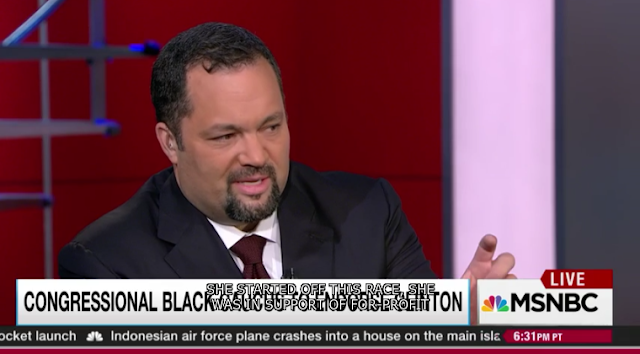 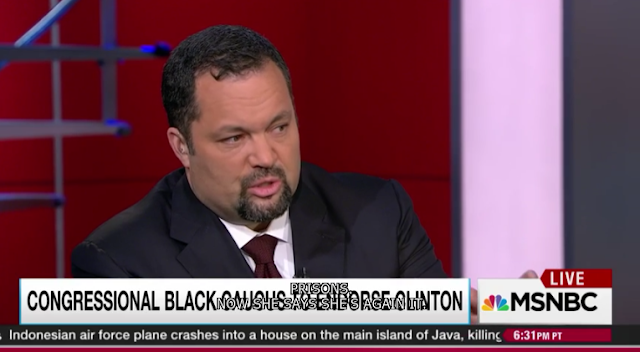 When a policy came up that disproportionately affected black women, Hillary refused to repeal it. Not supporting black people or women (or maybe it's just black women she doesn't like? She is known consortor with powerful white women who are known for killing women and children abroad who tend to be non-whites. Her 'State Department that got complimented by Henry Kissinger' and was involved in killing brown kids in Yemen and contributed to destabilizing that country entirely);


Salon: Michelle Alexander explains exactly why black voters shouldn’t surrender their vote to the Clintons: Their legacy was a disaster for black America Hillary Clinton is trying to mimic Sanders on issues important to minorities, but her record invites skepticism

Writing in The Nation, Michelle Alexander argues that many black voters are supporting Clinton out of a misplaced sense of loyalty:

“Black voters have been remarkably loyal to the Clintons for more than 25 years. It’s true that we eventually lined up behind Barack Obama in 2008, but it’s a measure of the Clinton allure that Hillary led Obama among black voters until he started winning caucuses and primaries. Now Hillary is running again. This time she’s facing a democratic socialist who promises a political revolution that will bring universal healthcare, a living wage, an end to rampant Wall Street greed, and the dismantling of the vast prison state – many of the same goals that Martin Luther King Jr. championed at the end of his life. Even so, black folks are sticking with the Clinton brand.”

Alexander’s piece is nuanced and worth reading on its own, but her thesis is straightforward: Substantively speaking, the Clintons have done very little to earn the loyalty of black voters. Bill Clinton, despite his reputation, was a disaster for black America. He unraveled social safety nets while embracing “Reagan’s agenda on race, crime, welfare and taxes – ultimately doing more harm to black communities than Reagan ever did.”
I don’t agree that Clinton was worse than Reagan on this front, but there’s no question he betrayed African Americans in the name of political expediency.

Clinton mastered the art of dog-whistling to racist working-class whites, however, and so he never received the criticism he deserved. He also doubled down on the drug war, which led to “the largest increase in federal and state prison inmates of any president in American history,” the majority of which were brown and black people. His support of the federal “three strikes” law was equally disastrous. Much of this was part of Clinton’s anti-crime agenda, which appealed to white Reagan voters but utterly destroyed black communities. (Sanders, as Alexander acknowledges, voted for the 1994 crime bill – as did the majority of Congressional Democrats – but he opposed welfare reform and bank deregulation, both of which Hillary supported.)

Hillary Clinton isn’t her husband, and she deserves to be judged independently. But Hillary wasn’t a typical first lady. She was hugely influential in her husband’s administration, and she actively defended his policies on the campaign trail. And, as Alexander writes, “she continues to invoke the economy and country that Bill Clinton left behind as a legacy she would continue.” That makes Bill Clinton’s record relevant to this campaign.
At any rate, what Bill and Hillary Clinton have in common is a history of compromising on crucial issues, issues of enormous consequence to minority voters and working-class Democrats more generally. This is a message that Sanders would do well to promote as this race enters the home stretch.


Salon: Bernie Sanders shifts to face black voters with a crucial nod from Ta-Nehisi Coates and a one-on-one with Rev. Al Sharpton Sanders won in New Hampshire by the largest margin in history but Nevada & South Carolina are not 90 percent white

“I’m very, very concerned about Sen. Clinton’s record,” Coates told host Amy Goodman, noting her husband’s “disgusting” criminal justice policy. “I’m very concerned about where her positions were in the the 1990s,” he said.
To Coates’ point, the notion of a Clinton firewall of black voters in the south was again been questioned in a new essay by Michelle Alexander, author of The New Jim Crow.
“Bill Clinton presided over the largest increase in federal and state prison inmates of any president in American history,” Alexander writes in a “Nation” article titled, “Why Hillary Clinton Doesn’t Deserve the Black Vote,” pillorying the Clinton’s actual, not perceived, record with African-Americans:

Despite claims that radical changes in crime and welfare policy were driven by a desire to end big government and save taxpayer dollars, the reality is that the Clinton administration didn’t reduce the amount of money devoted to the management of the urban poor; it changed what the funds would be used for. Billions of dollars were slashed from public-housing and child-welfare budgets and transferred to the mass-incarceration machine.

Back when Hillary Clinton was young she charmed alot of people into supporting her hubby's (& thus hers) Crime Bill. She has this to say about it;

Email ThisBlogThis!Share to TwitterShare to FacebookShare to Pinterest
Labels: Hillary Clinton is bad for Black People