In my last post I asked, rhetorically, how people such as Sam Harris & Bill Maher can think America emerged from Christianity. Then I remembered that Reza Aslan provides an answer to that question in one of the last episodes of the Daily Show. So, despite me being angry at Jon Stewart for stealing my 'I Am Death The Destroyer of Worlds' thing and turning it into a joke, I have included the interview here in this post.

Notice Reza Aslan explains that people often don't know anything about their religion. They just think their culture represents their religion and start building their foundation of beliefs from there i.e. they build their beliefs on foundations of false beliefs. Both Sam Harris & Bill Maher seem to assume that Christianity made America despite the first Amendment in the Constitution being written to restrict the power of religion as is often referred to as the Separation Of Church & State. In other words, it's the Constitution that created American and it's tolerance for other beliefs and (now) lack of genocide on a mass continental scale & NOT Christianity (or any religion).


Interview: "Zealot" author and religious scholar Reza Aslan explains how religion can be more about identity and culture than actual beliefs and practices. (5:51) 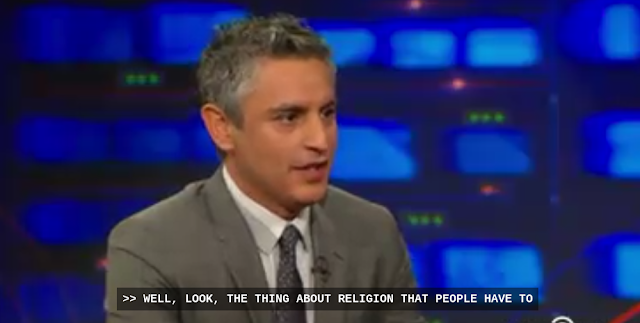 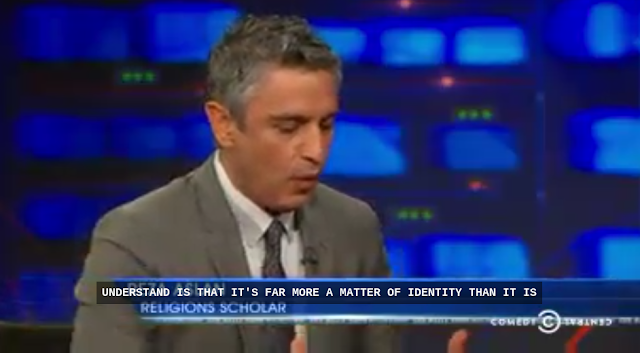 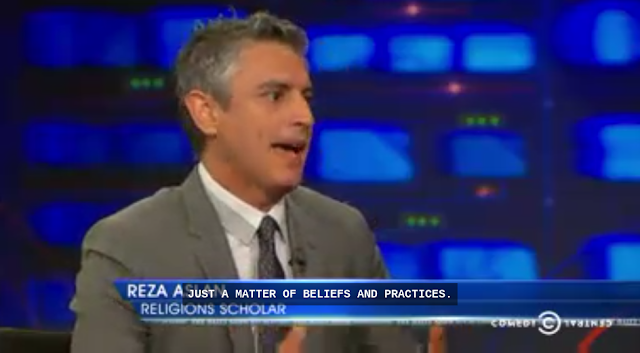 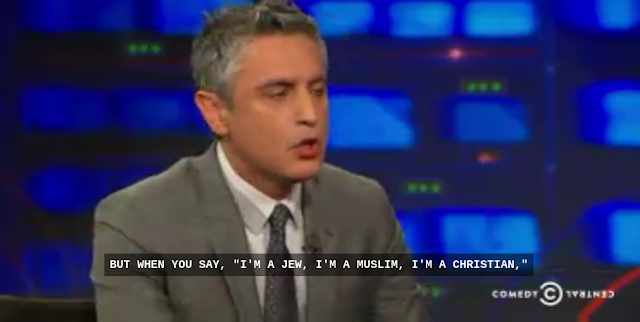 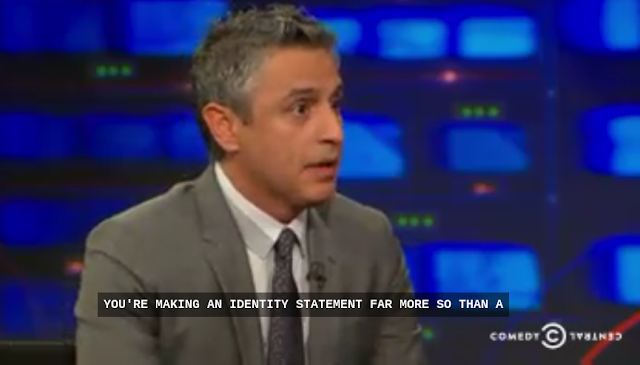 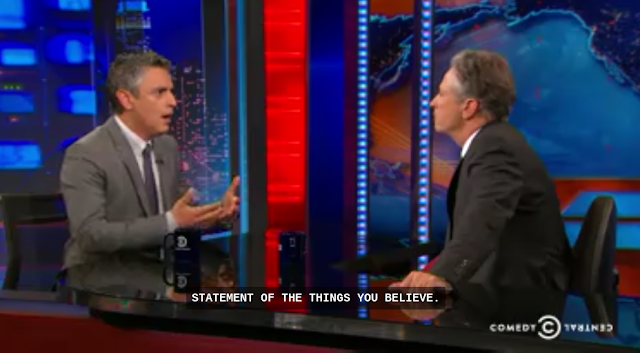 As a Professor of Middle Eastern politics in college once said, the conflicts in the Middle East are geo-political and not religious in nature, i.e. it's about land and who owns it. Religion is just the way you fire people up to fight. Such as how Bush got the soldiers to kill 1.2 million Iraqi's for oil or how Sam Harris fires up his athiest cult to fight for him. The key is a passionate belief in something and not any religion itself.

Interview: Reza Aslan suggests that religious conflicts are more about a power struggle between institutions and individuals than a failing of particular religious teachings. (8:00)