Clearly Rand Paul is the best candidate on the GOP side. He understands that Jeb Bush's hypocrisy is a problem (& I'm not even including Jeb Bush's 'Im a not a candidate' mantra while he campaigns for money skirting campaign laws... true to GOP and George Bush form, utter liars and traitors). He has called out Dick Cheney on his profiteering from the Iraq War... and as a consequence the GOP's media arm (Fox News) has started pushing Rand Paul aside. JUST THAT, should be enough of a reason to help him. If you want more reasons, check out the Iraq War cover up in the beltway media that Rachel Maddow exposed and note that Rand Paul is the only GOP candidate telling the truth on ANYTHING!


Saving Private Data-Congressional Republicans defend the NSA's metadata-gathering program as sections of the Patriot Act near their expiration date. (9:32) 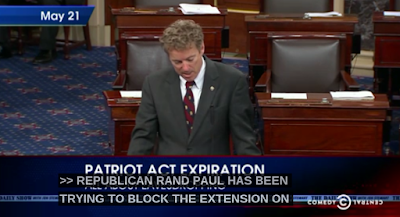 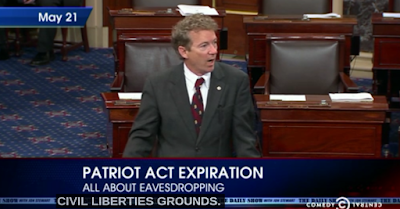 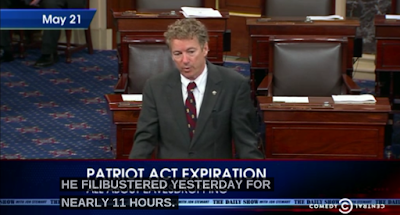 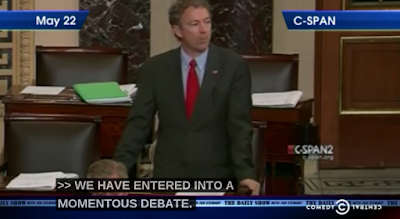 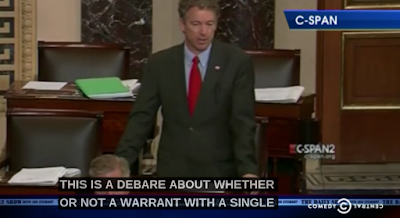 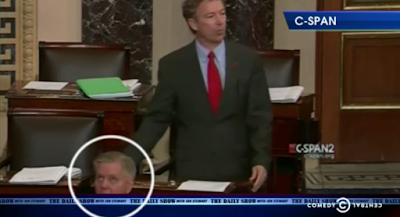 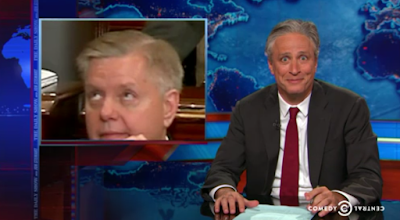 Rand Paul did make his point that our civil liberties, as per the forth Amendment of the Constitution, are being infringed and took a stand for the American people (unlike other GOP people);

Rand Paul Pt. 1 - "Taking a Stand" author Senator Rand Paul describes how concerns about government overreach led to his 11-hour filibuster against the reauthorization of the Patriot Act. (4:14) 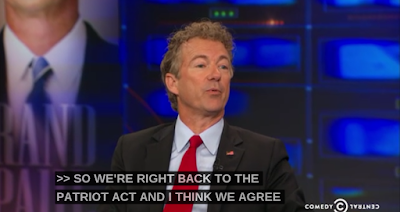 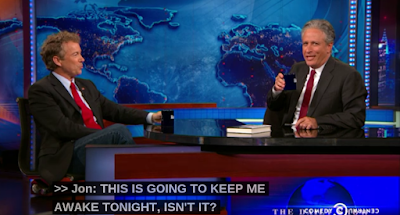 Notice the principled stand Rand Paul has taken on the Iraq War;

WATCH: Rand Paul Says Dick Cheney Pushed for the Iraq War So Halliburton Would ProfitAs the ex-veep blasts Paul for being an isolationist, old video shows the Kentucky senator charging that Cheney used 9/11 as an excuse to invade Iraq and benefit his former company.


Who is Peter King?
Article 1 on Peter King:
But according to experts in counterterrorism law, if the tough-on-terror policies King trumpets today had taken effect a few decades earlier, King himself might have been subject to prosecution. Over parts of three decades, from his days as an aspiring politician in Long Island through his early years in Congress, King was one of the nation's most outspoken supporters of the Irish Republican Army and a prolific fundraiser for the Irish Northern Aid Committee (NorAid), allegedly the IRA's American fundraising arm. The IRA waged a paramilitary campaign against the British presence in Northern Ireland for decades before peace accords were signed in 1998. Part of that effort included bombings and shootings that resulted in civilian deaths in England and Northern Ireland. During the period of King's involvement, the US government accused both NorAid and the IRA of links to terrorism.
Article 2 on Peter King: "The British government is a murder machine," King said. He described the IRA, which mastered the car bomb as an instrument of urban terror, as a "legitimate force." And he compared Gerry Adams, the leader of Sinn Fein, the IRA's political wing, to George Washington.
Posted by Abe at 12:09 AM