The point of the post is that my earlier post on this matter, 'the GOP is like a white supremacist group acting like its not', seems more accurate than ever. Yes, it may not be acceptable in society on a mass level when it is identified... but this has been the GOP's platform since Nixon so the links between the GOP and white supremacists is so strong that I'm surprised that aren't called the White Supremacist Party. Just the fact that the GOP caters to States that carry the confederate flag, of opposing the United States so they could keep their slaves, shows their bent as a party. Add to that the GOP's political strategy and the behavior of Fox News in the face of all this... it's pretty clear that the GOP is bending to the will of the masses against thier will. If it were thier will they would be going the other way... and clearly they are trying to stem the tide of the spontaneous racial enlightenment that seems to be going on here.

There is allot of information in this post which is intended to illustrate the GOP's ties to white supremacists and that Fox News talking points are designed to help racists whether they be normal ones, from the KKK or general white supremacists. I guess this part of a series of proofs.


Confederate flag finished as Republican political device - Rachel Maddow looks at the role the Confederate battle flag has played in Republican Party politics as a means of reaching out to white voters who support the flag, and how that dynamic has been destroyed by the racist murders at a Charleston church. 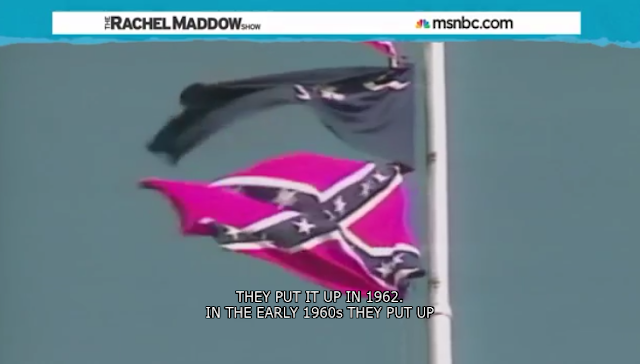 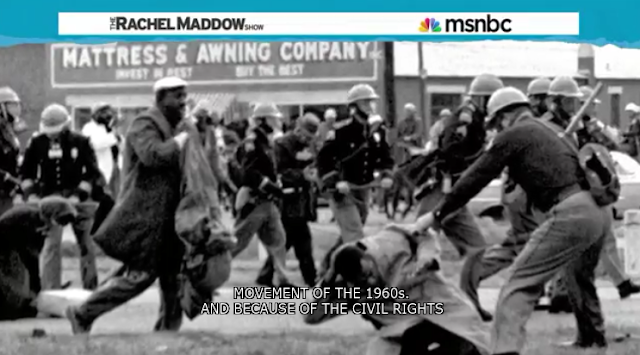 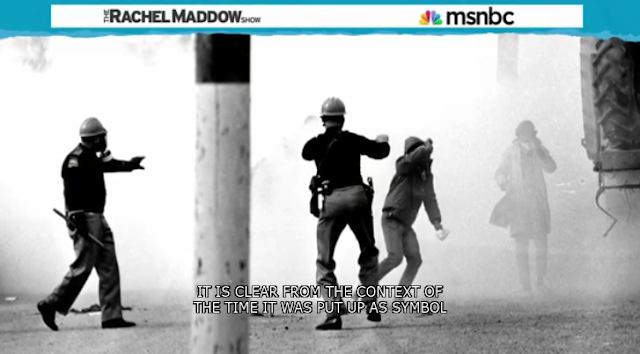 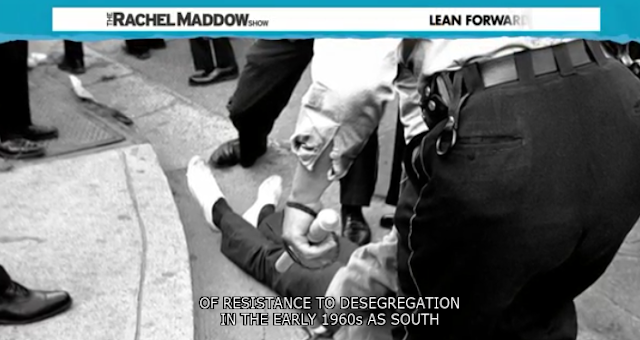 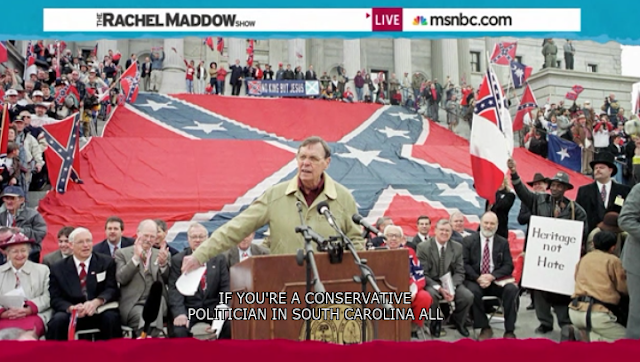 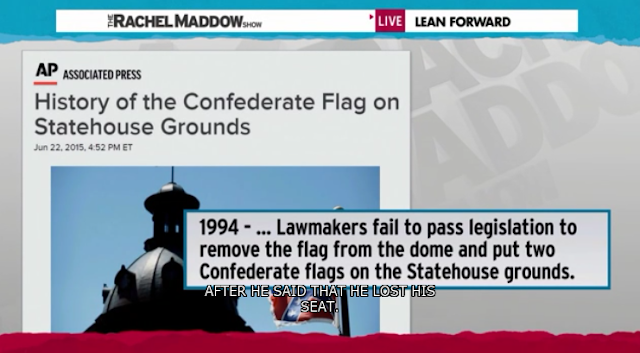 
Mississippi House speaker calls for change in state flagRachel Maddow reports breaking news that the Mississippi House Speaker Philip Gunn has described his state flag's incorporation of the Confederate battle flag as "a point of offense that needs to be removed." 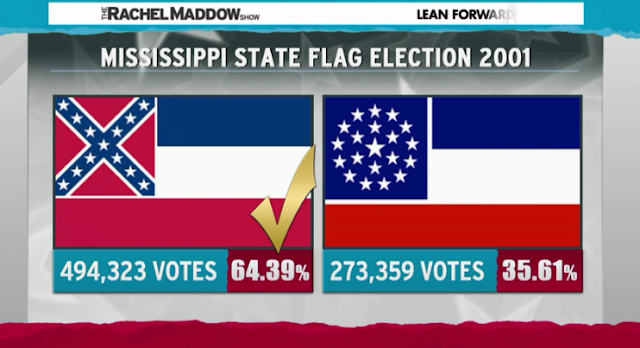 This suggests that either people in Southern states are racists or they have no idea what the Confederate flag represents. 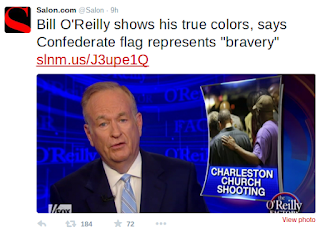 Bill O’Reilly’s Fox News program “The O’Reilly Factor,” is often a pulpit for whatever conservative talking points are in the conversation. While I generally disagree with them, I can often understand how others might not.

On Monday evening’s program, however, O’Reilly reached peak contrarian when he attempted to argue that essentially because white supremacists are relatively rare, that racism doesn’t exist.

Then, in the so-called spirit of representing each side to a debate, said that theConfederate flag was nothing more than a symbol of bravery in wartime.

“You say the Confederate flag is a symbol of hate, and you believe that,” O’Reilly said. “For some other people who see it in a historical context, it represents bravery–”

“Oh, get out of town,” Williams said.
“You know as well as I do that it represents to some bravery in the Civil War, because the Confederates fought hard–”
“That wasn’t the confederate flag!”
“I mean you’re right historically, but in their minds, that’s what it represents. And in your mind it represents hate. And everybody should know what the two sides are believing.”
Watch the video below, courtesy of Media Matters:

Two cheers for Nikki Haley: Bringing down the Confederate flag is laudable — but not nearly enoughGOP guv deserves praise for decency. But let's not pretend hiding the flag will make white supremacy go away


Former Mississippi Governor repeatedly refuses to admit he has an opinion about the Confederate flag - The "Morning Joe" panel asked Haley Barbour five times, and each time he denied knowing what was "in his heart"

CNN guest: To remove the Confederate flag would be “cultural genocide”
South Carolina League of the South's Pat Hines doesn't understand why anyone would be ashamed of Southern history


No, I won’t praise Nikki Haley: It shouldn’t have taken a massacre to do the right thing on the Confederate flagThe South Carolina governor solved a big problem for the GOP. And why was RNC chair Reince Priebus there, anyway?


The war of Southern digression: Republican 2016 hopefuls sideline themselves on Confederate flag - Marco Rubio, Scott Walker, and others apparently needed political cover before they could denounce a racist symbol


Fox News’ denial is pathological: Race, guns and the lies the network tells itselfIn the wake of the Charleston massacre, the network is laboring to offer a coherent explanation for the shootings -

Like frantic shoppers running down a last-minute list, Fox News talkers last week desperately tried to cobble together a inventory of reasons why racist gunman Dylann Roof may not have been primarily motivated by racism.

Jon Stewart: Huh I Guess It Is Pretty F#@kin Weird That We Fly A Flag In Honor Of A Pro-Slavery Secessionist Army