Jeb Bush testing legal line on 'exploring' - 2016 presidential run Commissioner Ellen Weintraub of the Federal Election Commission, talks with Rachel Maddow about how the advent of super PACs has complicated the rules about "testing the water" before officially declaring one's candidacy, and the F.E.C's policing challenges. Duration: 9:24

Proof in images of Jeb Bush's responses to reporters despite this stage of his campaign (with it's ridiculous travel itinerary); 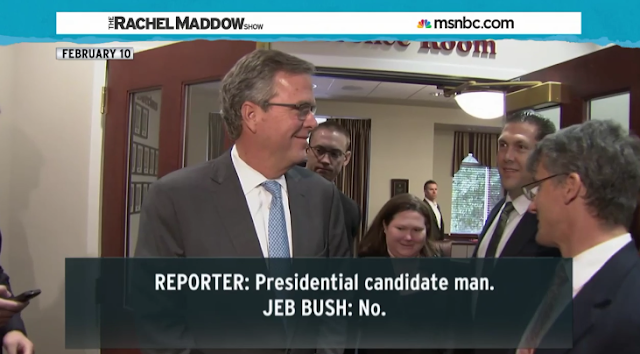 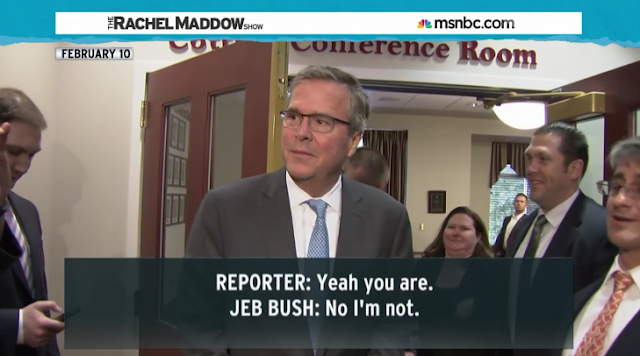 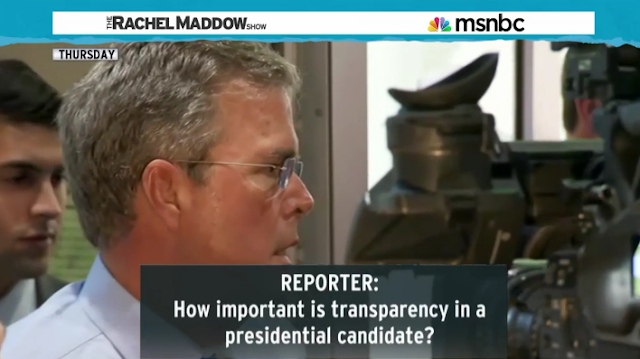 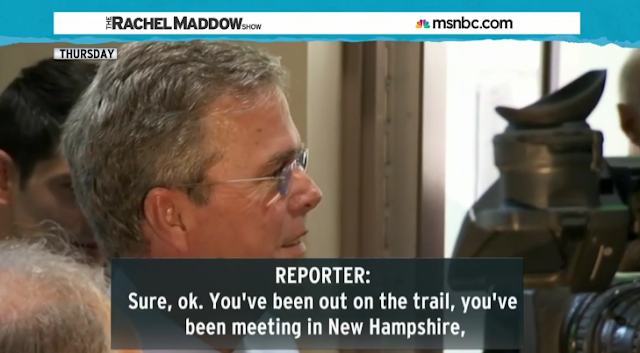 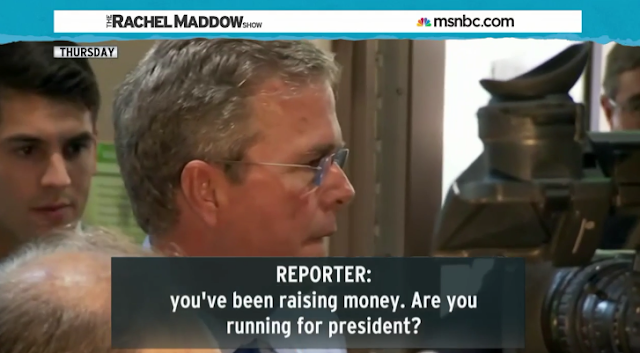 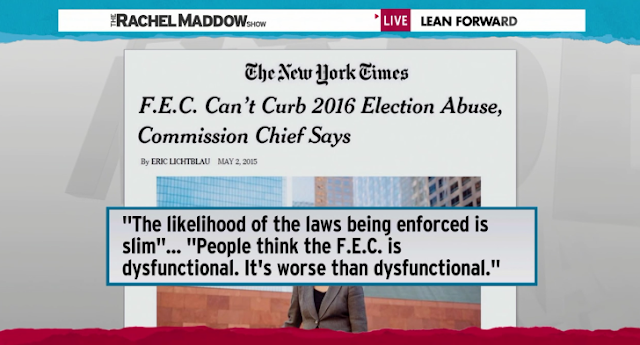 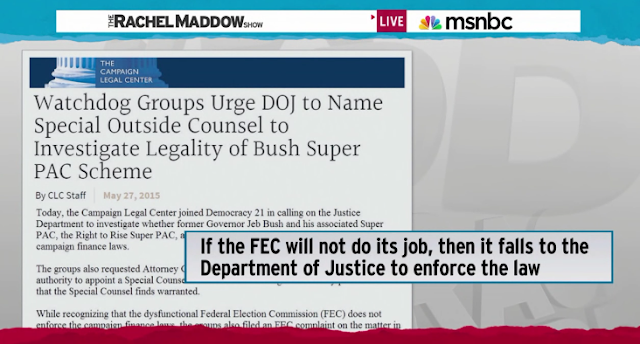 Jeb Bush obviously knows the FEC can't monitor campaign law abusers so Jeb Bush is clearly lying (everyone can tell now)... so now we know what sort of person Jeb Bush is. What sort of character (or lack of one) that Jeb Bush has. But it gets worse. Jeb Bush is even denying economic improvements that any sane observer can verify, i.e. he's relying on the conservative 'echo chamber' and it's adherents lack of trust in any other news outlet (with some help from the beltway media) to help him win the Presidency... in other words he's making it clear he doesn't have America's best interests at heart. Jeb Bush is clearly a traitor running as a traitor! Shocking.

Election law complaint filed against Jeb Bush - Former Governor and likely presidential candidate Jeb Bush has not yet officially declared his candidacy but according to a complaint filed with the FEC, he should be considered a candidate subject to all the attendant laws.

The sinking fortunes of Jeb Bush - A GOP cattle call in Florida convenes as the onetime front-runner slips, and "Run Warren Run" finally gives up.

Jeb Bush’s ‘alternative universe’
The standard Republican talking point on the economy is that things may be better than they were when President Obama first took office, but they’re just not good enough. It’s at least the basis for a grown-up conversation – we can talk about why conditions haven’t improved faster, just so long as we agree that conditions in June 2015 are vastly improved from January 2009.
But once in a great while, a Republican will forget the standard talking points and veer into ridiculous territory. In 2012, for example, Sen. Marco Rubio (R-Fla.) said President Obama made the economy “worse.” No sane person could believe that.
A similar argument came up yesterday. Fox News’ Neil Cavuto talked to former Gov. Jeb Bush, and the host paraphrased some recent comments from Obama. “The president, real quickly, sir, had said today, ‘Take a look at what has happened under my stewardship. Jobs are booming. The economy is better. Look what I inherited. Look where things stand.’ I think he was talking about your brother and saying, ‘We are now the most respected country on Earth.’”
The Florida Republican seemed to find the very idea absurd.

“Yeah, I saw that interview. It’s breathtaking. It’s like our president is living in an alternative universe. Median income is down in the sixth year of the recovery. Disposable income for families is down. Workforce participation rate is lower than it was 30 years ago.
“People just have given up. And he’s saying that things are better. You know, look, it’s just not true.”

Bush’s aides liked the exchange so much, they put the whole thing on YouTube.
The problem, of course, is that the GOP candidate would have been better off sticking to the usual party line, because denying that “things are better” is ridiculous.
It’s true that wages have lagged, even as conditions have improved, but as important a metric as this is, it’s not proof of an economy that’s worse than it was six years ago. Indeed, Bush himself referenced “the sixth year of the recovery.” What does he think that means? The “recovery” from what?