Seriously, Guys, What Are We Doing Here? - Jon questions the media's priorities when they fixate on the minute details of Hillary Clinton's campaign and constantly re-air gruesome footage of police brutality. (7:59)

Jon Stewart tries to explain to the media what they are supposed to be doing (it's not like he hasn't tried before... & got outright ignored, trumped by his own announcement of him leaving. Hilarious); 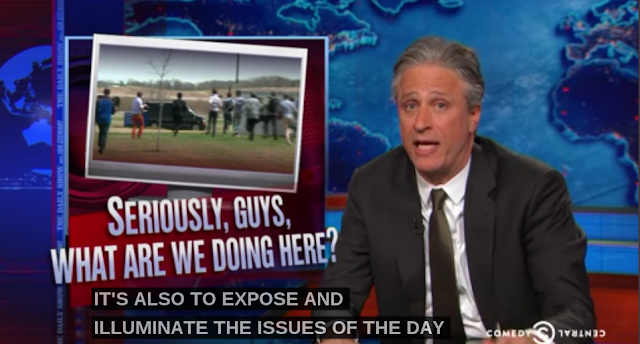 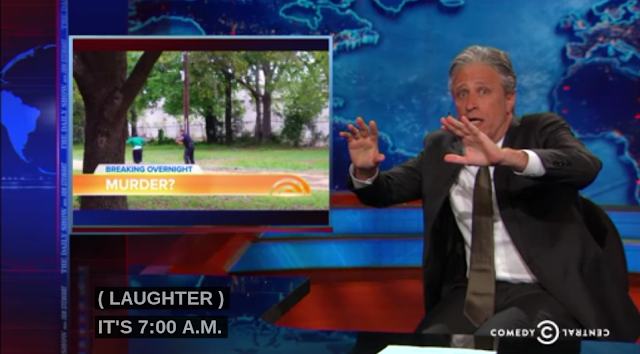 Stewart points out that media has started to use graphic images casually as if it didn't matter anymore; 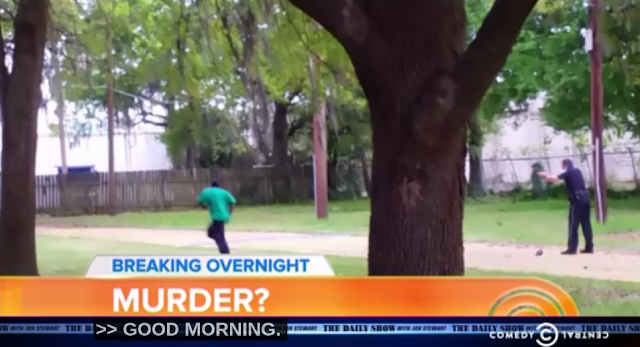 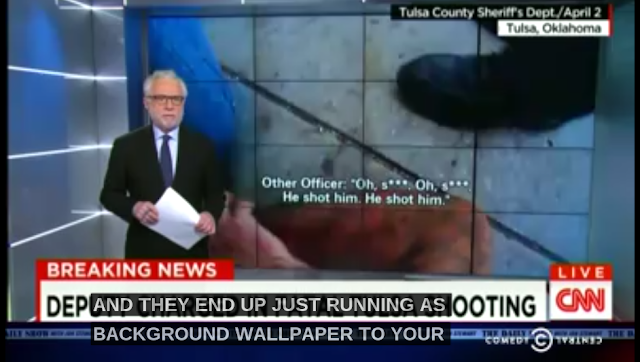 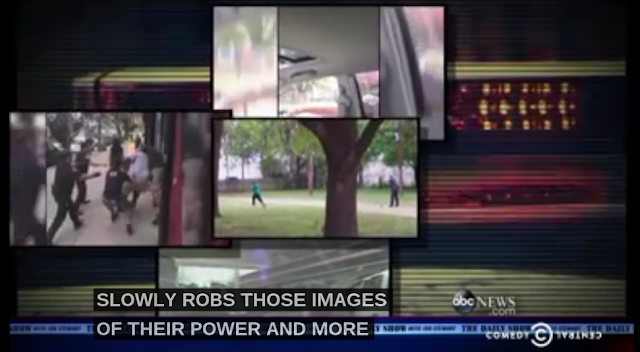 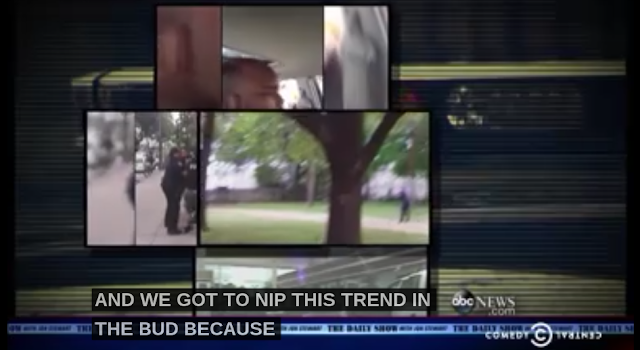 Jon Stewart argues that having these images will rob them of their power. Yet, Fox News uses 9/11 imagery constantly as a means of stifling discussion and/or debate. So, maybe these images do lose their power over time, but at the moment they are effective and thus being used by the media as a marketing strategy. If the images do lose thier power then that would explain why so many people are more accepting of the idea that 9/11 was an inside job. They just seem to think of themselves as nobody, with no rights and no way for them to get heard. It seems that the GOP is not in prison for the craziest reason of them all... apathy.