ISIS, Under Command Of People The Bush Administration Kicked Out Of Iraq, Returns To Reclaim It's Territory

Saddam Hussein's revenge from beyond the grave: How ISIS's land grab across the Middle East is being orchestrated by former Iraqi dictator's generals


It's interesting that you could see the current conflict in Iraq and Syria as a return of Saddam Hussein, i.e. how ISIS is basically ex-Iraq Army Generals from Saddam Hussein's era reclaiming the territory the GOP is claiming is conquered and secured using the vast experience from our esteemed Generals who trained an army for us in Iraq (multiple times).

ISIS Is the New Iraq  - ISIS takes over the capital of Iraq's Anbar Province, and U.S. Secretary of Defense Ash Carter offers the country less-than-supportive words. (5:02) 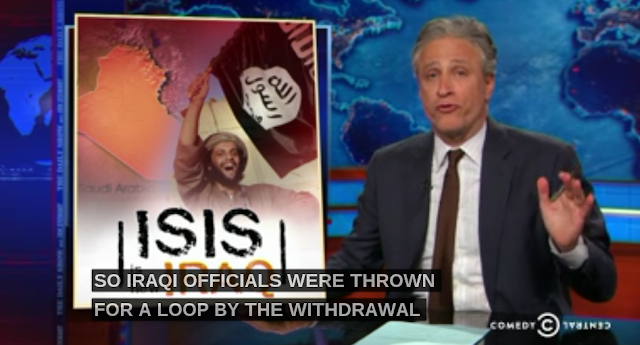 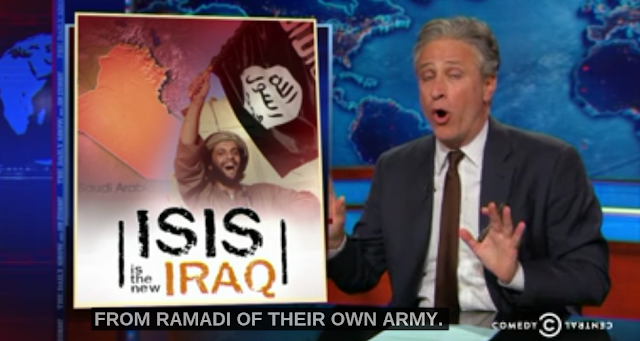 i.e. this is the army trained by our Generals (who claimed it would work to fill the power vacuum in Iraq they don't like to talk about on TV) under order of George Bush & Dick Cheney who invaded Iraq for oil which the beltway media doesn't like to talk about as it's rude to the Bush Dynasty (thier owners). 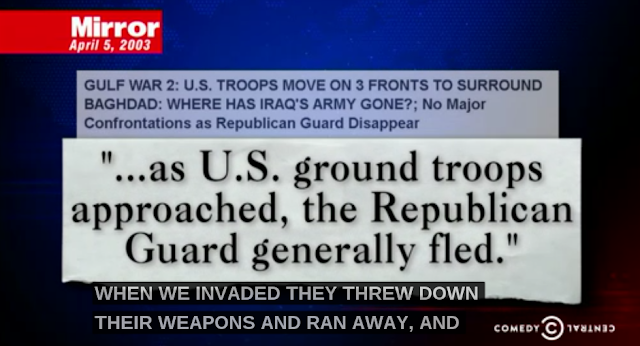 Interestingly enough, the people who ran from us when Dick Cheney invaded formed a group called ISIS and now are reclaiming their territory, i.e. this is just a continuation of the war from the Bush Administration (same people). 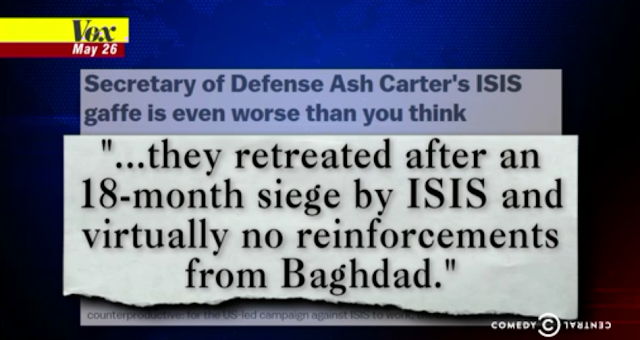 18 months and no reinforcements for a major town! Clearly the Pentagon shouldn't be keeping secrets from us as they are clearly incompetent at doing the right thing (but very good at destruction, so if we ever have a real enemy, then they may even come in handy... though I'm not sure if they can handle a real threat to our National Security since the biggest threats to our National Security are running in the 2016 elections), The Generals need to be removed and replaced with people who will indict the GOP & it's Bush Dynasty.

As is it Fox News & the GOP defer to the Generals as if we have an army run dictatorship. Based on the Generals track record (useless Iraqi Army) and their hidden unconstitutional torture programs (which "we don't do") they clearly have too much power.