Democalypse 2016 - Vet Hard - The vetting season for presidential candidates kicks off with frontrunners Hillary Clinton and Jeb Bush dealing with the baggage of their politically dynastic families. (7:01)

One of the "reporters" asked Huckabee to comment on money that he made promoting a kit to "reverse diabetes"(! sounds like a scam as well, all Huckabee is missing is the Nigerian prince) that no doctor would claim to work (i..e. it's what people called "snake oil" back in the old days); 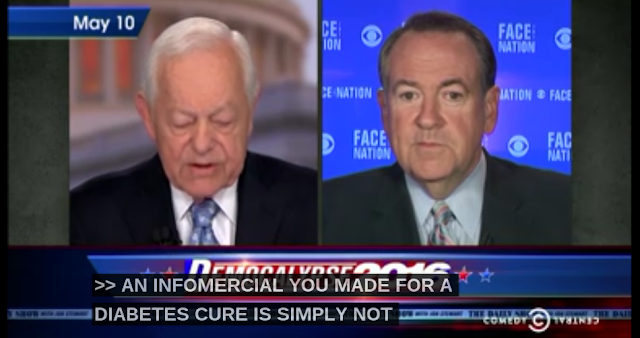 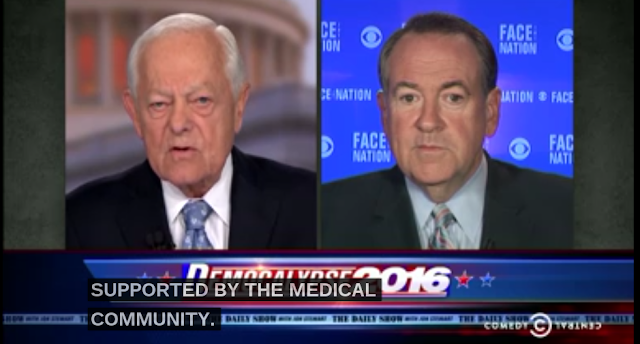 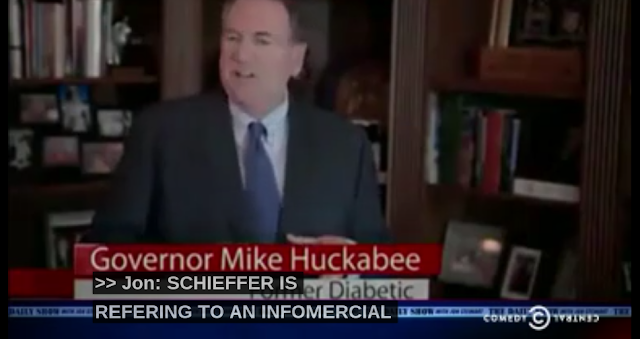 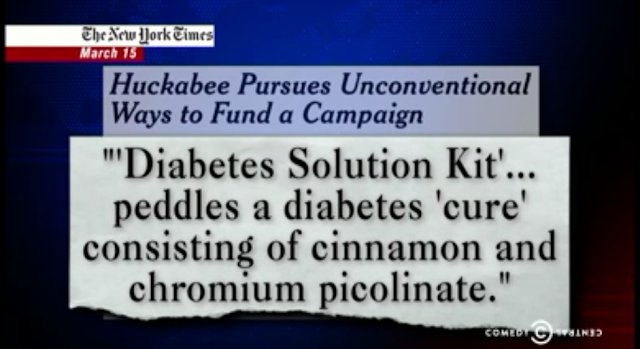 So, now that Huckabee is caught promoting unproven "medicine" for money... what does Huckabee have to say about it? 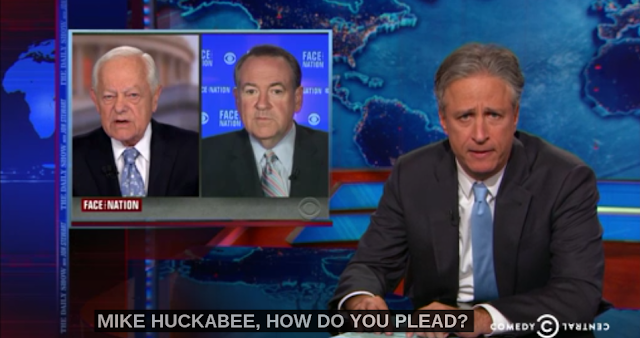 Turns out, Huckabee's time at Fox News was not wasted... 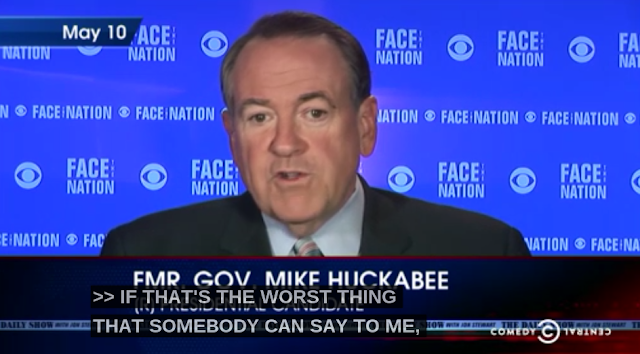 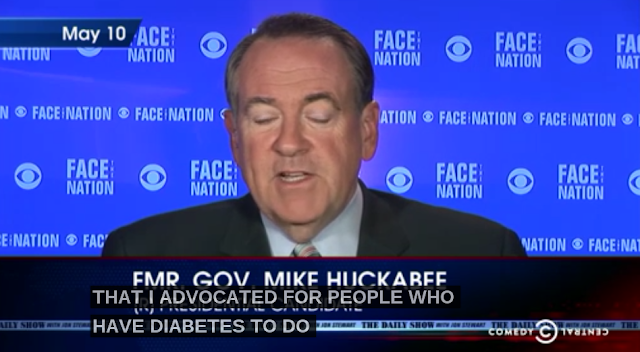 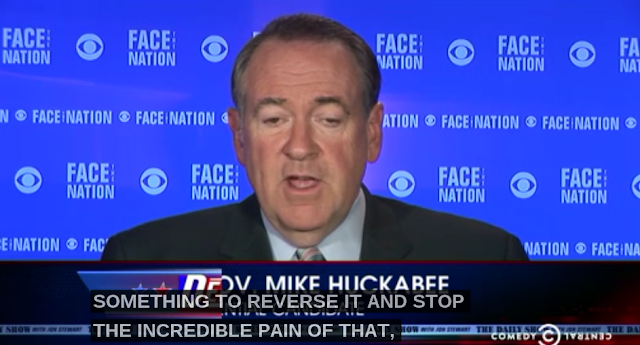 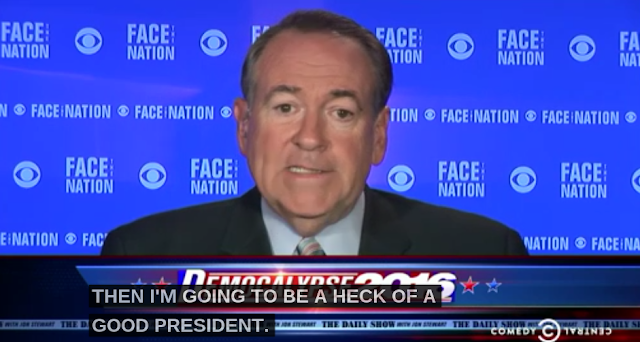 Stewart breaks it down; 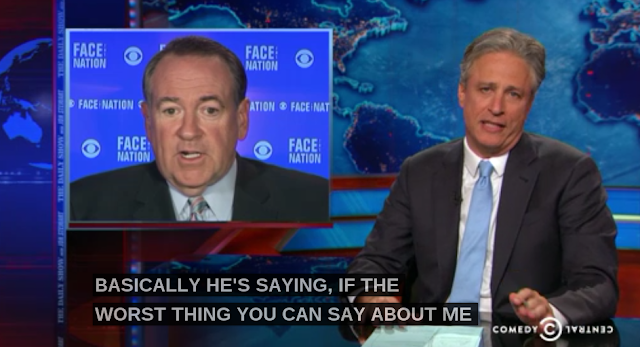 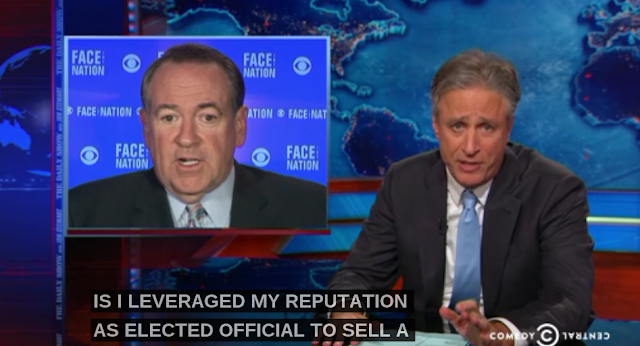 This is what Huckabee should have said;

I guess we now know that Huckabee is a con man unless you really believe he was doing diabetics a favor by using his reputation to sell unproven cures like a petty informational thief.

Is anyone else wondering what Huckabee was hiding when he destroyed State owned email records when he left his Governorship. I'm very curious as to what other things he did that he thinks makes him a good GOP presidential candidate.

There's a Mike Huckabee mystery that won't go away.
Send a public records request seeking documents from his 12-year stint as Arkansas governor, as Mother Jones did recently, and an eyebrow-raising reply will come back: The records are unavailable, and the computer hard drives that once contained them were erased and physically destroyed by the Huckabee administration as the governor prepared to leave office and launch a presidential bid.
In 2007, during Huckabee's campaign for the GOP presidential nomination, the issue of the eradicated hard drives surfaced briefly, but it was never fully examined, and key questions remain. Why had Huckabee gone to such great lengths to wipe out his own records? What ever happened to a backup collection that was provided to a Huckabee aide?
Huckabee is now considering another presidential run, and if he does enter the race, he would do so as a frontrunner. Which would make the case of the missing records all the more significant. These records would shed light on Huckabee's governorship—and could provide insight into how a President Huckabee might run the country. Meanwhile, observers of Arkansas' political scene—including one of Huckabee's former GOP allies—say the episode is characteristic of a politician who was distrustful and secretive by nature.


Huckabee, till recently, was a member of Fox News Network... could his experience working at Fox News have clouded his judgement of what sort of lies he can get way with in a general election? This isn't his right wing hoax media anymore that's interviewing him.