This post outlines how criminals can get away with stealing from America using deceit and gang like behavior as long as they are rich (& possibly white! A result of several years of the GOP's political strategy!);


What we have here is a comparison of how teachers are dealt with as compared to Wall Street executives with similar crimes (although the Wall Street execs got allot more money out of it); 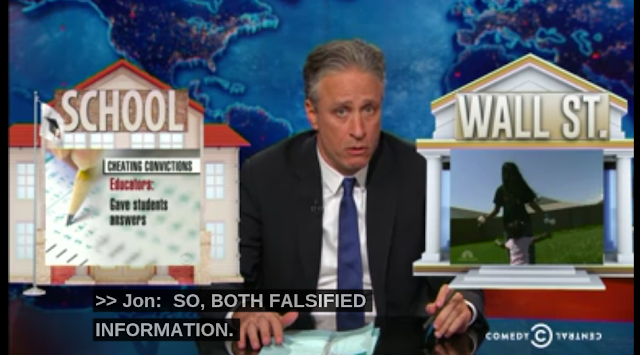 Both the teachers and execs falsified information. 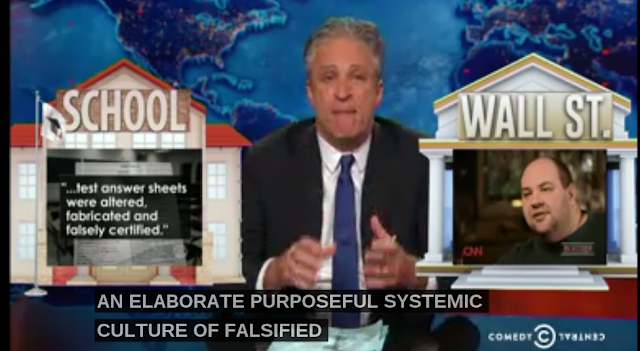 The whole culture of the school & Wall Street consists of "an elaborate purposeful systemic culture of falsified information". 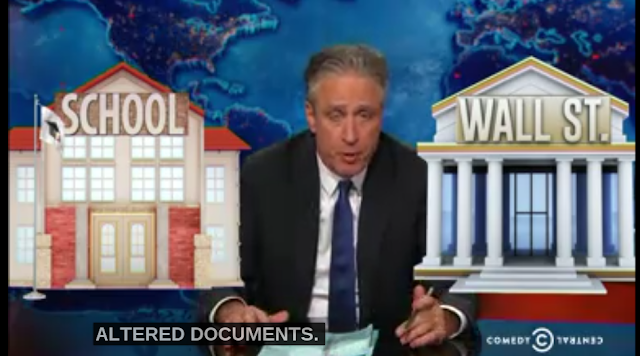 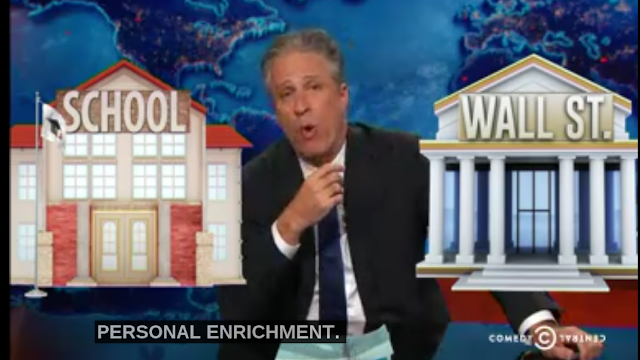 i.e. they did what they did to get money (like stealing money at the till/cash-register). 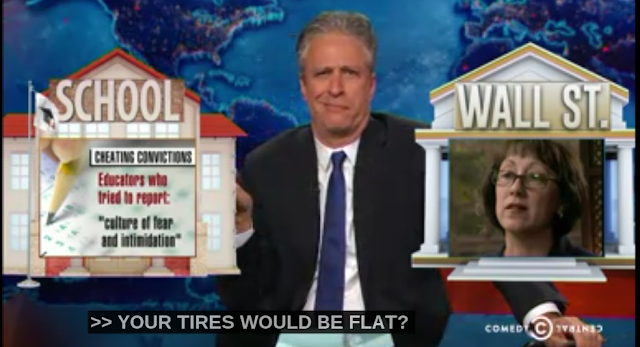 Both wall street execs and the Atlanta teachers used threats to silence voices that could expose thier wrongdoings. 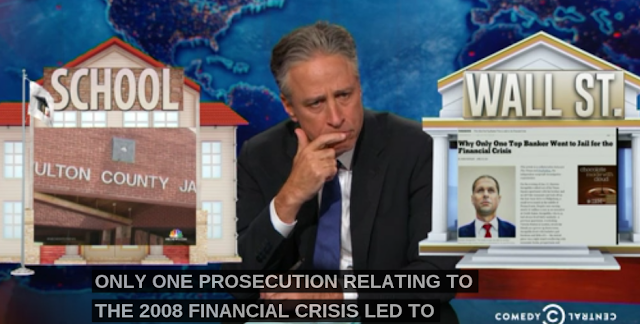 Yet, the teachers (going for less money) get 20 years in jail (from a white judge who is was probably Republican) while the white guys on wall street who went for more money & got off with nothing were and probably white.  Interestingly enough, Congress & Paul Ryan were caught doing such money scams and the GOP owned media seemed to have covered it up (clearly not only because Paul Ryan was running for Vice President but because all the op GOP officials from the last Administration were probably involved... including Jeb Bush)


Article on this video online:

Jon Stewart: The Difference Between Atlanta Cheating and Wall Street Scandals Is Who Got Punished (Video)The lesson is, crime doesn't pay—unless you work on Wall Street.

Toxic Assets Given A High Rating By GOP Owned Credit Agencies Which Directly Led To Investments In Bad Assets & Thus The Financial Collapse;

Daily Show - Note at 3 mins and 30 secs - Says 'we didn't realize housing doesn't go up forever' yet the excuse for the derivatives housing nonsense (triple AAA rated toxic assets) is 'this is the normal financial crises that occurs every 5-7 years'. (clearly they are lying... a 10 year old could tell this);

HSBC: Do Investment Bankers Lack Morality OR Is It Trained Into Them By The Lifestyle?

The Next Housing Bubble Is Here. GOP Is Preparing To Destroy The Economy Again. Media Blows Story Again.